At UP, the annual USR Month campaign includes a photography competition that encourages students to submit an image that captures a social responsibility project that they are involved in. Six winners, with a 3-way tie for 4th place, were selected from this year’s entries, and each won UP Shop vouchers ranging from R500 to R2 000.

The organisers thank all the participants who entered the competition. You showed that UP has a positive impact on people’s lives, and proved once again that our students LIVE THE UP WAY.

Well done to the six winners below, whose submissions highlighted their commitment to community engagement.

Afees Oduola, who wrote: “It can be quite devastating to have to think about the isolation that comes with old age and retirement. Through intentional actions of care and support, elderly citizens can also be treated as the heroes that they are. At UP, the reward doesn't stop only when you are in the system. Everybody deserves to be celebrated, and this is what Mastercard Foundation Scholars are doing in this picture. Thank you to the Kungwini Welfare Organisation for partnering with us.” Sandile Siyabonga Bhengu, who wrote: “University Social Responsibility is when a university’s staff and students are giving back to the community in any way. I personally think this photograph illustrates the university’s social responsibility because students themselves, who are deemed as the product of the University of Pretoria, decided to host a sandwich drive which saw them donating to the homeless people. Some might have noticed that the number of homeless is rapidly increasing in Hatfield, therefore by donating we are also trying to prevent crime which may be likely to occur due to hunger, etc.” Monde Mzamani, who wrote: “The picture depicts a collaborative effort between the health sciences and veterinary science faculties to bring both basic veterinary services and basic healthcare to the community of Melusi. It shows veterinary science students doing a basic check-up and rabies vaccination on a dog. Pet owners were given advice on animal handling and welfare, and some advice regarding their own health and well-being by students.” Aamira Vally, who wrote: “This photo is a great example of One Health. The kids are learning about rabies from the veterinary science students while their dogs are vaccinated for rabies, which has a major social impact as it is a zoonotic disease. It is also under-reported and neglected.” Febbry Setiawan, who wrote: “This photo was taken on World Rabies Day (28 September 2022) when groups of third-year veterinary science students went out to Soshanguve for a community engagement project as part of the module Veterinary Professional Life. Students helped to vaccinate the community dogs against rabies as well as educate the community about rabies and dog bite prevention, which is the main route of disease transmission from dogs to humans. This is an important ‘Global One Health’ concept, which integrates the health and well-being of people, animals, and the environment. This in turn correlates with the concept of University Social Responsibility, as we’re making a difference in the social and economic well-being of the communities through the University’s teachings and engagement programmes. When the community becomes more informed about rabies and its prevention, they are also protected from the disease and less likely to contract it. Also, vaccinated dogs help to reduce transmission, which is essential for the aim of national eradication of rabies." Phumelele Dyavu, who wrote: “This picture depicts equality and inclusion, which is the environment everyone must strive for. The work being done in this picture is to deliver the solution to the community problem of shelter. The picture is a group picture representing students’ engagement in community work. This was a project for the Community-based Project Module of the Faculty of Engineering, Built Environment and IT.” 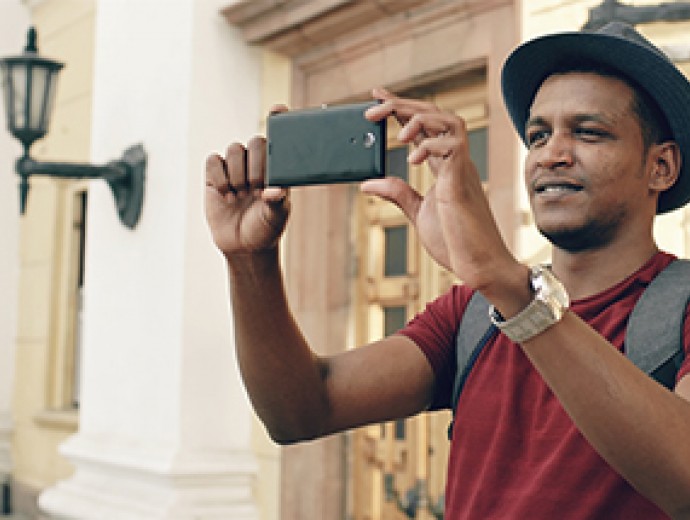 At UP, the annual USR Month campaign includes a photography competition that encourages students to submit an image that captures a social responsibility project that they are involved in.