World Alzheimer’s Day is observed every year on 21 September

One way of addressing this international health concern is to stay informed with knowledge about the disease. In doing so, better support can be rendered to people living with dementia, their caregivers and families. Aptly, the theme for Alzheimer’s Day 2022 is “Know Dementia, Know Alzheimer’s”. In keeping with this theme, we have addressed a few commonly asked questions about dementia and Alzheimer’s disease.

What is the difference between dementia and Alzheimer’s disease?

Dementia is not a specific disease, but rather a broad term that is given to a set of complex symptoms that affect the brain. Dementia symptoms significantly affect one’s cognitive abilities and alter how one functions in everyday home, work and social life. Many diseases bring about a range of dementia symptoms, but the most common is Alzheimer’s disease, which accounts for 60-70% of all dementia cases (World Health Organisation, 2021). Alzheimer’s disease develops slowly over a long period, and permanent changes become evident in memory, language, thinking, behaviour and personality.

What are the causes of Alzheimer's disease?

Alzheimer's disease is not necessarily hereditary. This means that having one family member with Alzheimer’s disease does not imply that other family members will develop the disease. However, if a risk gene is inherited, one’s risk of developing Alzheimer’s Disease may be potentially higher (Alzheimer’s Research UK, 2022).

What are the early signs of Alzheimer's disease?

One of the earliest signs of Alzheimer’s disease may be memory difficulties. Early signs are noted in individuals repeating the same questions, re-telling the same information or having difficulty remembering the details of recent events. People who show early signs of Alzheimer’s disease may also struggle to find words they wish to use in a conversation, or remember how to complete routine tasks (for example, driving to the grocery store).

What are the stages of Alzheimer's disease?

In general, there is a progression of symptoms in three stages based on increasing severity; namely, mild, moderate and severe. In the mild stage, the early signs (as previously mentioned) become apparent gradually. The moderate stage is typically the longest. In this stage, changes in mood, personality and behaviour become most prominent. For example, persons with Alzheimer’s disease may appear depressed, withdrawn and disinterested in participating in activities that they previously enjoyed, such as socialising with friends or attending religious activities. In the severe stage, persons with Alzheimer’s disease become fully dependent on their caregivers to perform everyday tasks. A common symptom that cuts across all stages of Alzheimer’s disease is communication difficulty. This is due to challenges in initiating and maintaining conversations; and using language to effectively communicate feelings, preferences and pain.

Tips on how to prevent Alzheimer's disease

Simply put, Alzheimer’s disease cannot be prevented, especially considering that age, as well as genetics, are out of one’s control. Nonetheless, there are ways in which other risk factors can be reduced to prevent the likelihood of developing Alzheimer’s disease. These include:

While there are no definite way of preventing Alzheimer’s disease, medications may be used to manage some of the symptoms. On the other hand, psychosocial interventions (i.e., those that do not involve medication) are equally beneficial in helping an individual to live well with the disease.

In this instance, research has shown that when persons with dementia and Alzheimer’s disease are supported in their daily conversations, their social and emotional well-being is likely to improve (Murray, Dada & May, 2022).

Conversations can be supported through augmentative and alternative communication (AAC) through the use of simple tools and communication aids (for example, picture gestures to indicate meal preference).  AAC is the term used to describe a wide range of techniques and tools that are used to support communication when a person’s natural speech is not sufficient for effective communication. There are a variety of AAC solutions that can be utilised in Dementia care.  A book has recently been written by Adele May, Shakila Dada and Janice Murray that explores the role of AAC in enhancing meaningful communication in persons living with dementia.

NB: A freely downloadable poster available at https://www.karger.com/Book/Home/283341 provides tips on how to support conversations with AAC in persons with dementia and Alzheimer’s disease. 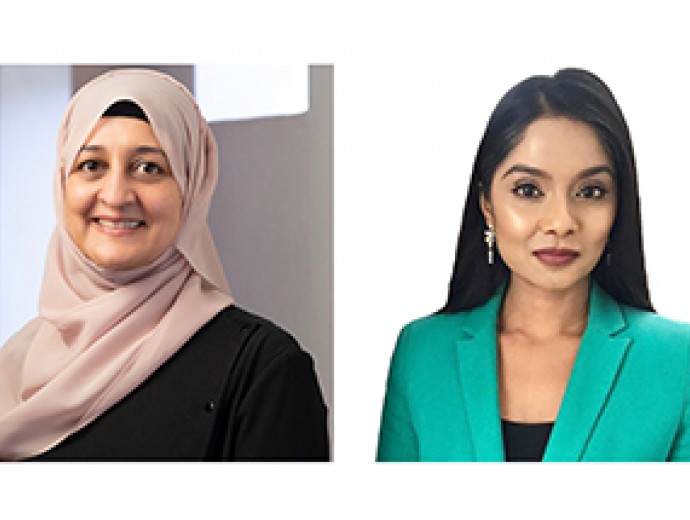