Dr Selma Karuaihe from the Department of Agricultural Economics, Extension and Rural Development at the University of Pretoria (UP) was one of 296 global scientists who contributed to an open letter published in Science. As the President of the African Association of Environmental and Resource Economists (AFAERE), Dr Karuaihe received an invitation from the main author and pioneer of the letter, Professor Rashid Sumaila, to participate in the conversations that led to the drafting of the letter.

The letter was written to request the World Trade Organisation (WTO) to ban harmful subsidies to the fisheries sector in the promotion of sustainable utilisation of the fisheries resources and protection of the ecosystem. According to the letter, “Sustainably managed wild fisheries support food and nutritional security, livelihoods, and cultures. Harmful fisheries subsidies – government payments that incentivise overcapacity and lead to overfishing – undermine these benefits yet are increasing globally. To curb overfishing, biodiversity degradation and loss, and CO2 emissions, and to safeguard food and livelihoods, WTO members must prohibit fisheries subsidies that cause harm, such as those that lower the cost of fuel and vessel construction and those that provide price support to keep market prices artificially high. Subsidies to distant-water fishing fleets must be eliminated to prevent overfishing on the high seas and in waters under national jurisdiction. Such subsidies threaten low-income countries that rely on fish for food sovereignty.”

The scientists wrote the letter to ask the heads of state of the High Level Panel for a Sustainable Ocean Economy, the Comprehensive and Progressive Agreement for Trans-Pacific Partnership, and the United States–Mexico–Canada Agreement to stand together and commit to eliminating harmful subsidies. The letter was virtually delivered to the WTO Director-General Dr Ngozi Okonjo-Iweala and Ambassador Santiago Wills on 5 November 2021. The letter received a positive response from the leaders, and the Director-General, Okonjo-Iweala encouraged the authors to advertise the letter widely and promised to bring it to the attention of all the WTO members.

The 296 scientists from 46 countries and six continents who authored this letter believe that the letter reached the WTO members through the WTO leadership, social media and personal letters to the relevant ministries in some countries. The Twelfth WTO Ministerial Conference (MC12) which will take place from 30 November to 3 December 2021 in Geneva, Switzerland, will provide leaders from across the world with an opportunity to review the functioning of the multilateral trading system, to deliver prepared statements and take action on the future work of the WTO. The lead author, Professor Rashid Sumaila of the University of British Columbia, will attend this crucial meeting ready to explain the science and economics of harmful subsidies to negotiators who still have questions.

According to Dr Karuaihe, the authors hope and believe that the WTO members will reach an agreement on the issue of harmful subsidies at the Ministerial Conference. Dr Karuaihe and Prof Sumaila believe that “An effective agreement must eliminate subsidies for the following: fuel; distant-water and destructive fishing fleets; and illegal and unregulated vessels in line with the aims of Sustainable Development Goal Fourteen (SDG 14.6)”, “Conserve and sustainably use the oceans, seas and marine resources for sustainable development”. The 2030 agenda calls for the end of poverty and leaving no one behind by 2030 through the implementation of the Sustainable Development Goals (SDGs).

We are mindful of the impacts of such a decision on small low-income countries and small islands that rely on fisheries for their livelihoods. Therefore, to ensure accountability, the agreement should support low-income countries’ efforts to meet their commitments and transition to sustainable management and require transparent data documentation and enforcement measures. Research has shown that eliminating harmful subsidies, of which over 80% of total subsidies is given to large scale industrial fleet, would be beneficial to African fisheries (and indeed developing country fisheries). This is because the negative environmental effect of a bulk of the subsidies given by rich big fishing nations is spread to the waters of the developing countries.

Exceptions to the rules should be considered for small-scale fishers that use low-impact gears or that fish for subsistence, but only if decoupled from incentivising overfishing. This agreement should aim to support fishers in need without destroying the fish stocks they depend on. We call on WTO members to harness their political mandate to protect the health of the ocean and the well-being of society. Now it is up to the authorities and policymakers to consider our recommendations for a sustainable future of the marine ecosystems through improved livelihoods of the small and poor community who rely on fisheries for survival.”

The Department of Agricultural Economics, Extension and Rural Development at UP offers programmes in agriculture, food security, rural development and environmental and resource economics that cut across the SDGs. In its efforts to mainstream the SDGs in the curriculum as required by UP, the department offers courses that include topics on the SDGs to prepare the students for the real world of policy and the global development agenda. Furthermore, the Faculty of Natural and Agricultural Sciences (NAS) hosts departments that work directly and indirectly on SDG related issues. There is a need for the letter to be endorsed further by interested scientists and for future collaborations among NAS colleagues and the broader UP community.

Prof Sumaila believes that the publication opens the door for collaboration, by UP and other African universities that co-authored the Science Letter, with top scientists from six continents. Successful scientists and universities are those that engage in international scientific collaborations.

The full letter can be read here. 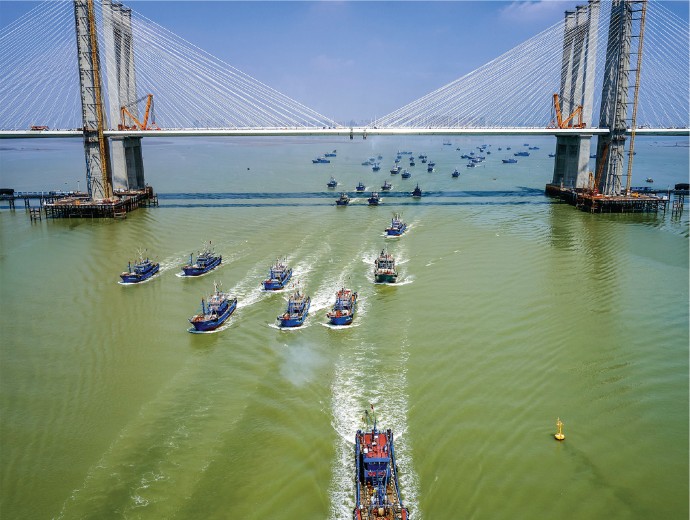