More than 250 cetacean experts from around the world have signed an open statement to global leaders calling for action to urgently address the precarious situation of many populations of whales, dolphins and porpoises (collectively known as ‘cetaceans’).

Many of these face the threat of extinction due to harmful human activity, such as incidental bycatch by fisheries, chemical and noise pollution, global warming and ship strikes. Dr Els Vermeulen of the University of Pretoria’s Whale Unit helped Mark Simmonds, a visiting research fellow at the University of Bristol and the senior marine scientist with Humane Society International, to coordinate the statement.

“This is a unique expression of concern from the professional community of scientists around the world who specialise in these animals,” Dr Vermeulen said. “Relative to many other species, cetaceans are long-lived and slow breeding, making them extremely vulnerable to disturbances, such as noise and chemical pollution, that can lead to population impacts. For many, the number one threat, intentionally or unintentionally, is fishing nets. We need measures to be urgently implemented to address all such threats.”

“While a few whale populations are showing recovery – illustrating that good outcomes are possible when adverse pressures are adequately removed – many more are in decline and some are critically endangered,” added Simmonds.

The scientists say that of the 90 living cetacean species, more than half have a concerning conservation status, and that the trend of “too little, too late” must end. Without urgent action, they predict the Northern Atlantic right whale could vanish, along with the critically endangered vaquita in Mexico, which sits “poised on the knife edge of extinction”.

Signed by some of the world’s leading cetacean scientists from more than 40 countries, the statement warns: “The lack of concrete action to address threats adversely affecting cetaceans in our increasingly busy, polluted, overexploited and human-dominated seas and major river systems means many populations, one after another, will likely be declared extinct within our lifetime… Whales, dolphins and porpoises are seen and enjoyed all over the world, and are valued as sentient, intelligent, social and inspiring species; we should not deny future generations the opportunity to experience them. They are also sentinels of the health of our seas, oceans and, in some cases, major river systems, and the role of cetaceans in maintaining productive aquatic ecosystems, which are key for our survival as well as theirs, is also becoming clearer.”

Whales, dolphins and porpoises are adversely affected by many human-induced factors including chemical and noise pollution, loss of habitat and prey, climate change, ship strikes, entanglement in fishing gear and incidental take in fishing operations.

The scientists are calling on countries with cetaceans in their waters to take precautionary action as soon as possible to protect species from human activities, including fully resourced monitoring to observe and address activities at sea. International bodies such as the International Whaling Commission and the Convention for the Conservation of Migratory Species of Wild Animals must also be strengthened and supported by all nations, and regional fisheries bodies need to urgently address fishing-related threats to cetaceans.

This unprecedented statement was born mainly from discussions within the International Whaling Commission’s Scientific Committee in which it became apparent that many marine researchers were concerned about the status of the cetacean populations known to them. “It is vital that we learn from past mistakes and don’t leave it too late to save some of the largest animals on Earth,” said researchers.

“Let this be a historic moment when the realisation that whales are in danger sparks a powerful wave of action from everyone – regulators, scientists, politicians and the public – to save our oceans.”

“I am very glad to see this worldwide engagement of scientists speaking out on this relevant and urgent matter,” remarked Professor Eduardo R Secchi of the Marine Megafauna Ecology and Conservation Laboratory (Ecomega) of the Institute of Oceanography at the Federal University of Rio Grande in Brazil. “Despite comprehensive scientific knowledge in many cases, too many populations and species of whales and dolphins continue to decline and are a step closer to extinction each day. We need to act fast and in coordination to combat lack of political will.”

Dr Giuseppe Notarbartolo di Sciara, founder of the Tethys Research Institute and the councillor for aquatic mammals at the UN Convention on Migratory Species, remarked: “It is high time that politicians and policymakers recognised that we are putting abnormal stress on marine systems, and that cetaceans are highly vulnerable to our activities. Expanding effective habitat protection throughout the world’s ocean and inland waters, including in the high seas beyond national jurisdictions, will be key in the necessary protection of these animals.”

“We need to appreciate that whales and dolphins are key to maintaining the health of marine ecosystems and with it the health of the planet and our own security,” added Dr Natacha Aguilar de Soto of the University of La Laguna in Spain. “The oceans are the first controller of climate change and the main source of protein for millions of people worldwide. Whales fertilise the oceans and thus raise the productivity of plankton, which consumes 40% of the carbon dioxide that humans release into the atmosphere, produces half of the oxygen that we breath, and is the base of marine food webs. Saving the whales is not just about idealism – it is about saving our planet and ourselves.” –  ENDS

Read the full statement on the University of Pretoria’s Whale Unit website: 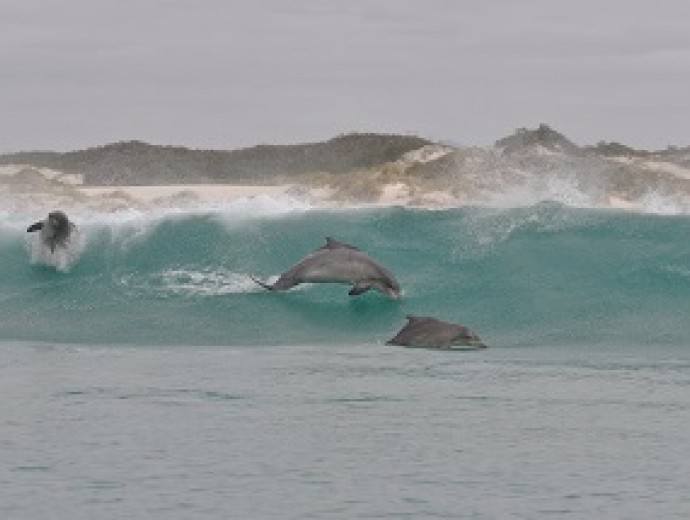