EXPERT OPINION: Women hit hardest by the impact of COVID-19

Sofia Sprechmann of humanitarian organisation Care International didn’t mince any words when she recently wrote on the impact that the COVID-19 has had on women: if before the crisis economic parity for women was still a good 257 years away, the pandemic has set that clock even further aback.

“Let me be clear,” she wrote on the World Economic Forum’s COVID Action Platform recently; “the longer-term impact of the COVID-19 pandemic will not be equal for women and men. We are currently experiencing the biggest setback in gender equality for a generation.”

A study at Washington University in the US bears out Sprechmann’s strong words. Amid the pandemic, couples and families have reverted back to old gender roles when it comes to household labour. So while working mothers scaled back their work a couple of hours a week, fathers pretty much worked the same amount as before.

In South Africa, with a large population of poor – especially black – women, the impact has been felt even more acutely.

Women were hardest hit by the lockdown

Even before the COVID-19 crisis, it was in 2019 reported by Stats SA that households headed by females, and those headed by black Africans, are more likely to experience hunger and inadequate or severely inadequate access to food. For many, the COVID-19 lockdown – however necessary – has compounded those ills. In the National Income Dynamics Study Coronavirus Rapid Mobile Survey (NIDS- CRAM), 47% of respondents reported that their household ran out of money to buy food in April 2020 – a sharp increase from 21% of households in the previous year.

Women have borne the brunt of the downturn. Of the approximately three million net job losses seen in the country between February and April this year, women accounted for two million, or two thirds of the total – despite only accounting for 47% of the workforce in February. “Of those women who were employed in both February and April, almost half of them reported working fewer or no hours in April (compared to 42% of men)”, noted the survey.

There is also a misconception that poor households are ‘immune’ to income shocks because they receive grants. But this is not the case due to a number of factors, including the loss of informal jobs (that often supplemented grants). The General Household Survey of 2018 shows that three quarters of grant-receiving households supplement their income through employment, a business or remittances.

The hike in food prices added fuel to the fire. The Pietermaritzburg Economic Justice & Dignity Group has demonstrated that the cost of basic food for a family of four rose by R250 per month, to R3,474, between the beginning of March and 23 April this year

In one study being conducted in a community in the Western Cape, we are finding that nearly all the households participating in the study have, as job losses mount, become wholly reliant on grants as their sole source of income.

The NIDS-CRAM also found that in households with children, 8% reported frequent child hunger (3+ days in the last 7 days) in their household, while 4% reported perpetual hunger (almost every day or every day).

This was most likely aggravated by the suspension of the National School Nutrition Programme (NSNP), which provides meals to over nine million school learners across the country. The Western Cape Education Department quickly launched an emergency school feeding programme, but in an ongoing study in the province, we are finding that many parents were nonetheless struggling to put food on the table under these circumstances.

Valuable lessons can be learnt from organisations like the Peninsula School Feeding Association (PSFA), which provides meals to some 331,000 learners at 859 institutions. They proved themselves more flexible to adapting to lockdown situations. Despite challenges – the rise in food prices and supply issues among them – they had the ‘luxury’ of being able to think on their feet. The PSFA quickly started partnerships with community kitchens, distributed food parcels when children were no longer allowed to line up at community kitchens, and then directed these parcels to schools as soon as these began to open.

While we understand that the wheels of government turn slowly, a critical lesson learned is that there must be greater flexibility within these systems in times of crises. For one thing, government should at such times play more of an oversight rather than implementing role as its capacity is limited within communities.

In addition, the delays in the government’s relief programmes have been painful. We are finding that households have had to wait a month or two to access unemployment insurance, for instance.

What are the long-term impacts of the lockdown?

Despite South Africa’s lockdown – considered among the most stringent in the world – food production and food distribution proceeded more or less uninterrupted. We experienced no debilitating constraints in our food system. Yes, certain items quickly disappeared off the shelves, but no reports surfaced of shops having to close down for lack of stock. Food waste and loss, normally estimated at around 10 million tons per year, like continued. Yet, hunger levels increased.

What does this say of our society? What are the implications for inequality when many small- and medium-sized businesses will likely not re-open their doors after the lockdown?

The pandemic has underlined the need for economic – as well as political and governance – reform in South Africa. The conversation around a universal basic income grant must be accelerated over the coming months. The dire straits that many of our communities have found themselves in, and who will be unlikely to find relief in the short term, needs urgently to be addressed. 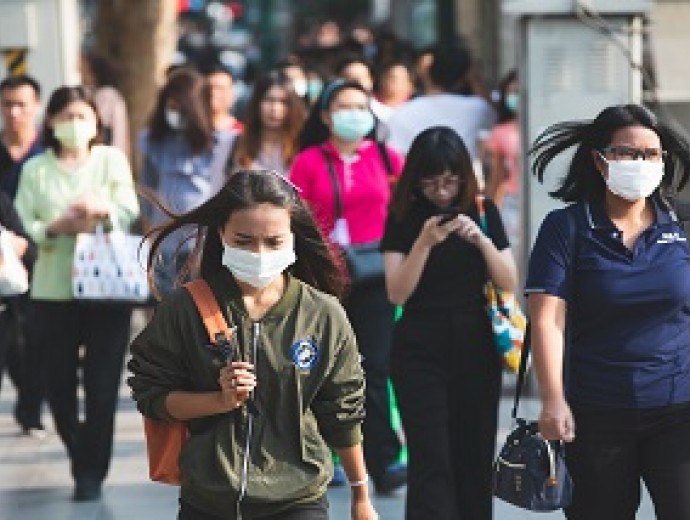