TuksSport: UP sprinter Simbine and coach Prinsloo celebrate 10 years of challenging the stopwatch

What began with an advert in a community newspaper has turned into an exciting journey for South Africa's foremost sprinter, Akani Simbine, and his coach, Werner Prinsloo. This week they celebrate being together as athlete and coach for ten years, a decade during which the Adidas-Tuks duo has achieved a long list of firsts in South African athletics.

Simbine is the first South African male sprinter to win gold in the 100 metres at the Commonwealth Games; he is the first to compete in an Olympic 100m final as well as a World Championship final; the first local sprinter to dip under ten seconds in the 100 metres and 20 seconds in the 200m on the same day; he is also the only athlete to run two sub ten seconds races on the same day; and the list continues.

From day one, the Adidas-Tuks pairing shared the same passion: to beat the stopwatch. For them, it is all about mere seconds – but their quest is far from over. The one thing they have yet to tick off on their "bucket list" is an Olympic medal, and that means even faster times.

It all started with a newspaper advertorial ten years ago. Prinsloo recalls placing an article in the local Kempton Park newspaper about the club at which he was a coach. As luck would have it, Simbine's dad read it. The school principal at Edenglen High School had recommended that the young athlete pursue a career in athletics, and so at the time Simbine was looking a coach.

The sprinter still remembers their first session with Prinsloo "calling the shots".

"Coach made me do 'back to backs'. I'll never forget it. It was one of the worst sessions I ever had at that point in my life."

As to why he decided to stick it out, Simbine said: "Coach seemed to be a quiet but a 'cool guy'.  More importantly, I wanted to prove to him that he's not wasting his time with me."

"Honestly, every year has its own highlight. I can't pinpoint one specific moment. I'd have to write a whole 10-page spread going through everything. Each race holds special memories.  Even on a bad day, I can pick up something good. Standing on the line, running fast chasing the perfect race is truly a thrill. It is insane to think you have less than 10 seconds to get across the finish line," the Adidas-Tuks athlete explained.

Prinsloo believes that Simbine can medal at the Tokyo Olympics.

"But it will be a mistake to be obsessed about medalling. At this stage, my only focus is to build a stronger, faster 'engine' and make sure it is in perfect condition. 'AK' must have no doubt in his mind that he is ready."

Last year's fourth-place finish during the Doha World Championships might still turn out to be a blessing in disguise.

"Man, being so close to the medal and not getting it is unfortunate, but it has motivated as well as fuelled me to be more clinical and perfect in my racing. Having Werner as my coach is a definite confidence booster as he is a perfectionist who is always looking for ways to gain those extra hundredth hundreds of a second," Simbine said. 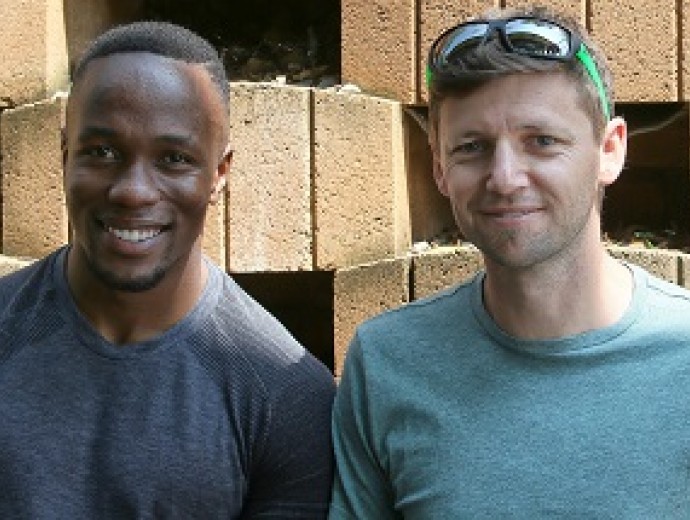