Working towards achieving inclusive social justice with UP Centre for Sexualities, AIDS and Gender’s Vuyisa Mamanzi

In the ninth interview of our #WomenofUP series this August we speak to Vuyisa Mamanzi, Researcher and Project Manager at the University of Pretoria’s (UP) Centre for Sexualities, AIDS and Gender.

Tell us about your background and qualifications.

I grew up in Gugulethu, a township outside Cape Town and obtained my undergraduate and postgraduate education at the University of the Western Cape (UWC). I completed my honours degree in Anthropology and my research project was titled “Unemployment and its impact on being a ‘real man’: A study investigating coping strategies utilised by men living in Gugulethu”. In 2015 I worked as a research assistant at the School of Public Health/Management Studies at UWC part-time. My work involved transcription, data analysis and conducting in-depth interviews on a project that focused on “Childbearing, family planning and the relationships among women living with HIV in Gugulethu”. I am completing my master’s degree, through UWC; and the research is on an ethnographic study on power relations between black employers and black employees in the Nyanga minibus taxi industry.

What exactly do you do at UP?

I joined the Centre for Sexualities, AIDS and Gender (CSA&G) team in January 2018 as a project manager and researcher. My responsibilities include organising and overseeing the logistics of the Just Leaders project, a volunteer and leadership development programme. The programme evolved from the CSA&G’s previous Future Leaders @ Work programme and endeavours to build a movement of active citizen student leaders who promote social justice, critical consciousness and inclusive practices at the University of Pretoria. Our work on this project is greatly influenced by the ideology of Brazilian educator and writer Paulo Freire, who states that “for liberation you need education that inspires you to think critically, education that frees the mind instead of numbing it”.

I coordinate the Gender Justice project which focuses on strengthening gender equality and social justice. The project aims to develop new avenues and means through which the partners (South Africa and Zimbabwe) are able to work toward the attainment of more open, inclusive, and democratic societies. One of the key areas of the project is our partner forums where partners are able to critically and collectively reflect on the challenges in their practice and engage with new forms of evidence and trends. Often the work we do with people with disabilities (PWD’s) is silenced and invisible. Therefore, in line with the objectives of the project, in one of our partner forum meetings hosted in Zimbabwe this year, we provided a platform where partners collectively reflected on their challenges in addressing issues faced by PWD’s, particularly looking at sexual and reproductive health and rights as well as gender-based violence (GBV). Some of the identified challenges included difficulty in communicating with people who had speech impairment, information that was not accessible to people who are blind, it was also highlighted that PWD’s face social exclusion and they are invisible at the family level; and that this lack of recognition is reflected within HIV policies and service provision modalities.

I am also part of a team that is working on interventions to address sexual and gender-based violence (SGBV) at UP. This includes establishing sustainable structures that are inclusive and responsive to the needs of students (such as the #SpeakOutUP office, as a first response). The Centre for Sexualities, AIDS and Gender, in collaboration with the Transformation Office, conducts sexual harassment training workshops for both students and staff members to familiarise the campus community with the sexual harassment policy as well as to raise awareness and prevention around SGBV. Vuyisa Mamanzi, Researcher and Project Manager at the UP Centre for Sexualities, AIDS and Gender

Why have you chosen this career?

This career allows one to question things: Why is society the way that it is?

One is then able to learn and find ways to engage with power and unlearn and dismantle harmful behaviours. Patriarchy, a social ideology that has continued to perpetuate the belief that men are dominant and have power over women, has often normalised gender-based violence and deepened gender inequality. We live in a society where women, girls and gender non-conforming people (LGBTIQ community) are the majority who experience sexual and gender-based violence, and in most cases men are often the perpetrators of these violent acts. I have personally experienced sexual harassment and have witnessed the impact that SGBV has on people who have been violated. Violence of this nature causes trauma, pain and brokenness and this makes me angry. The question to ask then is what does one do with this anger? Often, we are silent about our experiences for a number of reasons including, but not limited to, stigma, shame, fear of further victimisation or retaliation from the perpetrator, lack of policies and support, and a justice system that is not responsive enough. These barriers in accessing inclusive social justice further silence survivors of SGBV. This career has given me courage and allowed me to break my silence, it has allowed me to name and voice how violence of this nature makes me feel.

What are you passionate about in your job?

Being part of a community of people who believe that change is possible and the ability to contribute in working towards achieving inclusive social justice.

What are the achievements that you are most proud of?

One of the achievements that I am most proud of, currently, is leading a team of three researchers last year in developing the Just Leaders curriculum for our 9-week entry-level course. The course looks at a range of topics such as structural violence, stigma, sexual and reproductive health and rights, social justice, access to quality education, activism and social movements, democracy and political citizenship, and leadership for change. The course is aimed at registered UP students. It has been well-received by our student volunteers, and it provides an opportunity for critical engagement with the subject matter. An amazing aspect of the Just Leaders programme is that it provides our student volunteers with skills and an opportunity to be drivers and agents for change. Anyone who is interested in finding out more about this programme please visit our website: www.csagup.org or call 012 420 5890.

What are some of the challenges you face?

Work that challenges taken-for-granted knowledge that has been naturalised over time through socialisation is challenging. Some people are comfortable with the status quo, our work greatly involves getting people to be comfortable with being uncomfortable, and this is not always easy. For example, work around race, class, gender and sexualities is difficult and often when you have any form of privilege you want to hold on to it and fear of losing that privilege makes people defensive and not open to challenging beliefs that may be harmful to others.

What advice would you give to women who face abuse?

It has become evident that those who are mostly at risk of gender and sexual violence are young women. We know that SGBV are crimes of power and control and recognise that it can be difficult for survivors to speak out. My advice to women who face abuse is, do not feel pressured to open a case or disclosing if you are not ready. Once you are ready to disclose, know that there are people and places on campus that are staffed with trained individuals who are committed to creating a more open and supportive culture at our university. 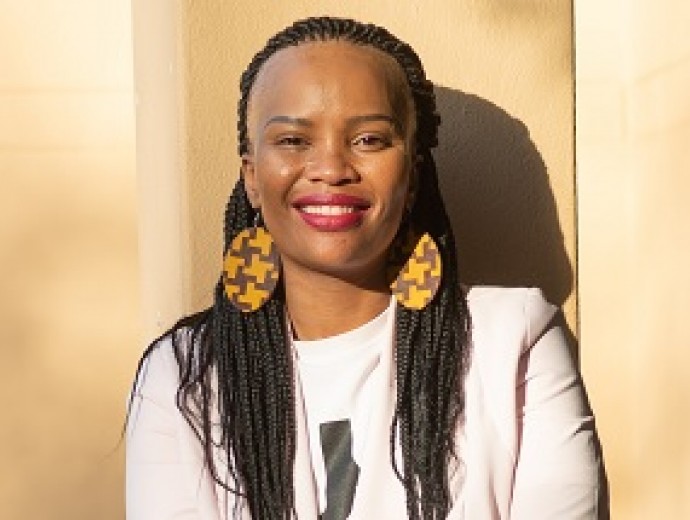 UP Centre for Sexualities, AIDS and Gender Researcher and Project Manager Vuyisa Mamanzi