TThe African Research Universities Alliance Centre of Excellence for Food Security was recently launched at the University of Pretoria’s Future Africa campus. The theme of the launch was ‘The future of food in Africa’.

“The aim of this centre is to create an engaging network of talented researchers to move institutions forward in finding solutions to food security challenges in Africa,” says Prof Hettie Schönfeldt, Director of the Centre and an Extraordinary Professor at UP’s Department of Animal and Wildlife Sciences.

“The intention isn’t to duplicate efforts, but to create a critical mass of researchers working synergistically.” This means the centre will increase the networks of each participating institution and heighten the transfer of knowledge, which will ultimately have an effect on food policy in Africa.

After a competitive process, the centre was awarded to UP, with the University of Nairobi and the University of Ghana as partners, and the universities of Western Cape and Fort Hare as associate members. The Centre for Excellence brings together a consortium of African and international partners that will conduct research on how to improve Africa’s herds and revive underutilised crops, as well as ways to produce safe, nutritious consumer-driven food, among other things. It will also provide technical advice on policy issues.

“This centre will exemplify how high-impact research can contribute to Africa’s development agenda,” says Prof Cheryl de la Rey, UP Vice-Chancellor and Principal.

“Finding solutions to food security challenges in Africa is a huge, challenging task,” says Prof Schönfeldt, who holds a Chair in the South African Research Chairs Initiative, which was established by the Department of Science and Technology and the National Research Foundation.

“African countries are confronted with the triple burden of malnutrition: the deficiency of macronutrients that lead to malnutrition; deficiency of micronutrients; and the associated diseases that come with being overweight. Undernourishment in Africa remains high, with 220 million Africans still estimated to be suffering from chronic hunger, and 58 million children under five stunted.”

According to Prof Schönfeldt, although African countries may produce and import enough energy per person per day, energy alone does not ensure nourished communities. High intakes of low-cost, low-nutrient, higher-energy staple foods contribute to malnutrition, while food waste and loss reduce the availability of safe and preferable foods.

The continent is also faced with poverty, inequality and unemployment. In many African countries, large proportions of the population rely on agriculture not only for food, but for their livelihoods too. “A transformed agricultural and food system is necessary to address this double-triple challenge,” says Prof Schönfeldt. “To accomplish this, there’s an urgent need for a far greater focus on the full value chain, from concept to commercialisation, bridging the innovation chasm. Such an approach requires the coordination of a range of stakeholders, including academics, indigenous knowledge holders, industry, science organisations and governments in Africa to ensure progress.”

“This is where a shared sense of civic responsibility plays a cardinal role in engaging with stakeholders from various platforms to achieve a common goal,” says Prof Cheryl de la Rey.

“UP has wide-ranging expertise and research platforms that focus on food security and nutrition,” says Prof Stephanie Burton, UP Vice-Principal for Research and Postgraduate Education. The University has two major initiatives that will enable the centre’s goals to be realised. The first is the Future Africa campus, a postgraduate research hub for collaborative cross- and trans-disciplinary research to solve Africa’s biggest concerns, which opens in early 2019. One of its focus areas is food security. The other initiative is a proposed “innovation corridor” that aims to enhance collaboration between academia, industry and government to stimulate the commercialisation and transfer of innovation-driven socioeconomic development. 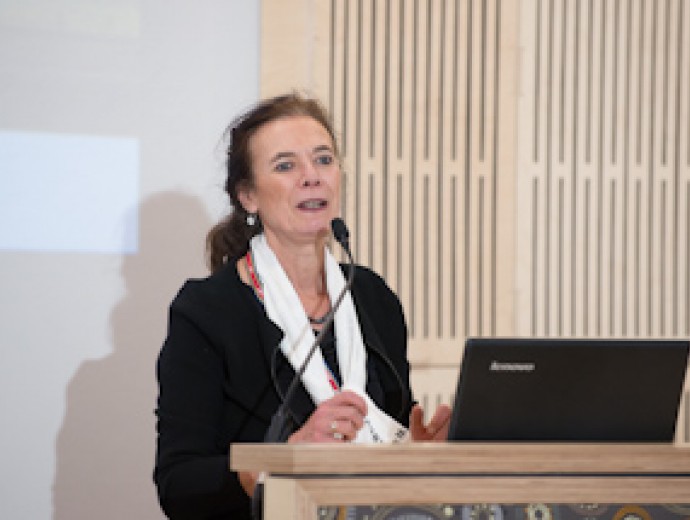