Dr Barnes doubled up by being named first runner-up in the Distinguished Young Women Researchers category of the Department of Science and Technology’s (DST) South African Women in Science Awards. These awards celebrate and reward distinguished female researchers in South Africa. Since 2003 the DST has, in recognition of Women’s Month, emphasised the importance of education for young girls especially, and encourages attendees to be role models to youngsters interested in following careers in the Science, Technology, Engineering and Mathematics fields.

The Africa-wide award Dr Barnes received is named after the famous plant pathologist Ethel Doidge (1887-1965), who was the first female to receive a doctorate in South Africa. It is awarded by the International Mycological Association, which recognises one young mycologist from each of the five continents for exceptional research accomplishments relating to the study of fungi. These awards are named after famous mycologists from the five continents, and are presented once every five years. The award winners were announced at the opening ceremony of the International Mycological Congress in San Juan, Puerto Rico.

Dr Barnes is a high achiever: in 2015 she received the Exceptional Young Achievers Award from UP, and she has received numerous grants to attend international conferences. She was recognised as the best microbiology honours student in her year at UP, and received the Southern Africa Association for the Advancement of Science Award for her master’s thesis, which was judged the best among her peers. She was also awarded a Claude Leon Foundation postdoctoral fellowship.

Dr Barnes has a National Research Foundation Y1 rating, has published 63 papers in international peer-reviewed journals, and is on the review panel of 14 ISI-rated journals. Her research, which focuses mainly on the taxonomy, phylogenetics and population biology of fungal pathogens that infect forest trees, has resulted in her presenting her findings and delivering keynote lectures locally and internationally. Her research also includes describing new fungal species, determining the biodiversity of fungi in plantations, and uses population genetic approaches to trace the origins and infection pathways of some of the world's most serious agricultural and forest pathogens.

She says, “I knew I wanted to be a microbiologist ever since my biology teacher at Pretoria High School for Girls allowed me to take a microscope home for my Grade 8 science project. I spent many hours discovering the fascinating world of microbes from the waters of Magnolia Dell. Going to FABI to do my post-graduate studies was an obvious choice.”

Dr Barnes says she’s “incredibly honoured to have received these awards in recognition of the work I do, and particularly to promote the fields of Forest Pathology and Mycology. My colleagues and collaborators have been the catalyst in my success and I hope, going forward, that I too can ‘pay it forward’ and be an inspiration and role model for younger researchers pursuing a career in science.” 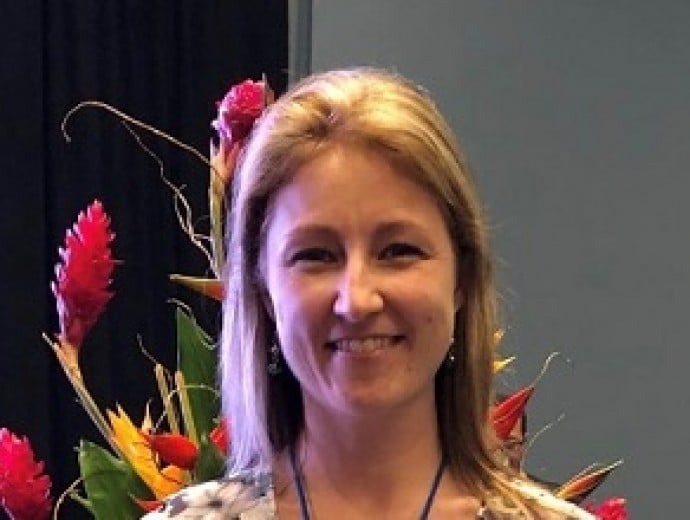