Uniting researchers and journalists to bring about positive change

A common challenge for researchers nowadays is getting their research beyond the confines of academia and having it applied in practical contexts and situations. The University of Pretoria's Institute for Food, Nutrition and Well-being (IFNuW) is involved in an international programme working towards bridging this gap by bringing researchers and the media together to drive policy change in food security.

This initiative by the IFNuW, the International Food Policy Research Institute (IFPRI) and Michigan State University, in partnership with Malawi's Ministry of Agriculture, is funded by the United States Agency for International Development (USAID).

A week-long training programme was held in April in Blantyre, Malawi, which sought to convey technical and policy information to journalists and editors about policy change in food security. The aim of the programme was to build the capacity of journalists and editors in driving and supporting policy change. Participants came from a range of media, including radio, print and television. 'We have the potential to change our society into a food-secure nation. We are policy drivers!' stated one journalist during a training session.

IFNuW's Director, Prof Sheryl Hendriks, served as co-facilitator with Dr Suresh Babu, Head of Capacity Strengthening at IFPRI. Elizabeth Mkandawire, a PhD candidate under Prof Hendriks' supervision, was a researcher on the team and presented two sessions. 'It is seldom that academics get to experience the immediate internalisation and application of their training as reflected through the stories presented by these 27 enthusiastic journalists during the final session,' reports Hendriks.

During this time, the research team was able to apply a recently developed tool for policy analysis, the Kaleidoscope Model for Policy Change. While training journalists on the foundations of food security theory, researchers applied this model to nutrition policy in Malawi. The sessions were facilitated by experienced and internationally recognised experts in food security, policy and communications from the partner institutions. 'Unless the journalists understand the broad policy process in a country and specific policy context, the reporting of the issues, problems, and solutions cannot be made more decision-friendly,' said Dr Babu.

The media pieces prepared by journalists who attended this programme demonstrated a far deeper understanding of food security, nutrition and how to report accurate, well-researched and balanced media reports. Their pieces conveyed critical information and the journalists are now better equipped to influence policy change by changing the knowledge and attitudes of the target audience. This is sure to lead to changes in practice.

The researchers, officials and journalists all concurred that more sessions of this nature are needed to share knowledge, build a deeper understanding of policy issues and put research into the public domain. What better partners than journalists to move science into action as a driver of policy change?

Reflecting on the trip, Mkandawire says: 'It was encouraging to see how the training empowered journalists to realise the level of influence they have and the various ways in which they can influence policy change. It was an inspiring group to work with because they identified with the issues that were raised. Their ability to apply the lessons to their assignments showed that they were really engaged.' 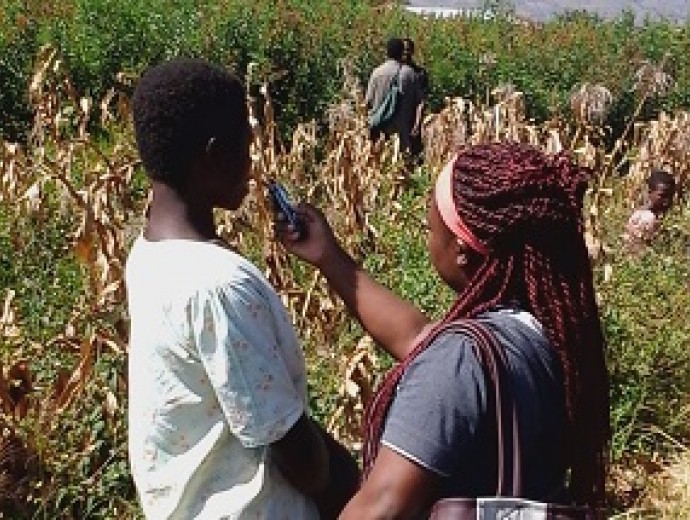