The new research chairs awarded to UP are:

Prof de Wet is the Co-director of the Institute for International and Comparative Law in Africa (ICLA) in the Faculty of Law at UP. The examination of the legal consequences of the exercise of public power by international organisations such as the United Nations (UN) and the African Union (AU) for states and for those who live within their territories will be central to the research conducted under the auspices of the new research chair. Prof De Wet is a NRF B1-rated researcher.

Prof Wingfield is the Deputy Dean for Research in the Faculty of Natural and Agricultural Sciences at UP. Her research focus is on fungal population genetics and genomics, which includes research on genetic variation within, as well as between species. She is a NRF A-rated scientist and one of the Research Leaders of the Department of Science and Technology (DST)/NRF Centre of Excellence in Tree Health Biotechnology.

Prof Markotter is an Associate Professor in the Department of Microbiology and Plant Pathology. Her research on the epidemiology and pathogenicity of rabies and rabies-related lyssa viruses unique to the African continent is well known and has contributed to the development of new diagnostic tools to make the diagnosis of rabies in developing countries more efficient.

Prof Lall is an Associate Professor in UP’s Department of Plant Science. She is an expert in Medicinal Plant Science and received the highest South African honour, the Order of Mapungubwe (Bronze), for her outstanding contribution to medical science. She has also been the recipient of various other prestigious awards for her outstanding scientific contributions to advancing science and building the knowledge base in the field of indigenous knowledge systems.

The SARChI initiative was launched in 2006 as a strategic intervention of the South African government to increase research capacity in science by developing human capacity and to stimulate the generation of new knowledge. The initiative is led by the Department of Science and Technology (DST) and the National Research Foundation (NRF). 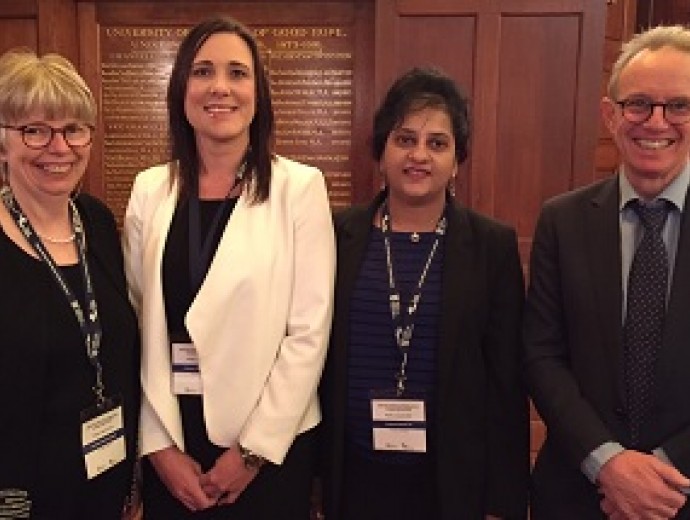