The awards were divided into various categories. Prof Chimimba - an Associate Professor in the Department of Zoology and Entomology – won the H Category. This category is called: T W Kambule Award: Senior Black Researcher over the last five to ten years. It is sponsored by the National Research Foundation. Prof Chimimba’s prize includes a trophy and R50 000 (fifty thousand) that he would use towards his research costs.

Ms Thobejane, a student at UP, won the NSTF Promising Scientist Category. The prize is a bursary allocation from the National Research Foundation. She is currently registered for BSc Microbiology. She was nominated by Prof Lise Korsten in her Plant Pathology class. Ms Thobejane hails from Mahwelereng Township in Limpopo Province.

The Minister of Science and Technology, Dr Mosibudi Mangena presented the awards. Various universities, other organizations and individuals submitted their entries to the NSTF Awards.

The NSTF Awards are aimed at acknowledging outstanding contributions towards scientific, engineering and technological development in the country. The NSTF Awards event affords an opportunity for recognition to all practicing scientists, engineers and technologies across the system of innovation.

· It includes researchers and individuals who have contributed to the promotion of Science, Engineering and Technology (SET) in other ways.

· Teams who have developed innovations through organizations and institutions.

· Individuals who have played a valuable mentorship role for young researchers and science communicators.

The NSTF Awards represent a collaboration effort by the scientific, engineering and technological community of South Africa.

Professor Chimimba’s research is primarily in biosystematics where he applies multi-disciplinary techniques and approaches in order to focus on species of concern to medical, veterinary, agricultural, economic and nature conservation interests, particularly insofar as they impact on rural communities, but mainly on small mammals in South Africa. His work also focuses on the sub-Antartic Southern Ocean islands. Prof Chimimba’s overall research centred around four major themes, namely: biosystematics; conservation biology; invasive species biology and management; and the potential influence of climate change on biodiversity and ecosystem functioning.

Prof Chimimba sees the NSTF Award that he won as an inspiration: “This kind of award goes a long way to inspire the innovation generation, particularly from disadvantaged backgrounds, to pursuing careers in science. The University of Pretoria, being the leading research institution in South Africa, heeding an urgent call from government, places the issue of science training as one of its top priorities, and I feel honoured and proud to be part of that process” he said.

Regarding the NSTF Promising Scientist Category that Ms Thobejane entered, the NSTF was looking for academically promising students who met the following criteria:

Ms Thobejane says the Award that she won would serve to inspire others that with science there are endless possibilities. She says she will use science as a tool to improve the lives of South Africans.

“I felt blessed and happy that aspiring scientists like us are given a platform to build on our ambitions. The Award serves as a reminder to others to know that there are opportunities out there and also that there is a future through science. With science I can now be part of the solutions on challenges facing our country”, she said.

Educators, schools and learners who excelled in Mathematics, Science and Technology fields were also acknowledged at last night’s function. The function was also a 10-year anniversary of the NSTF. 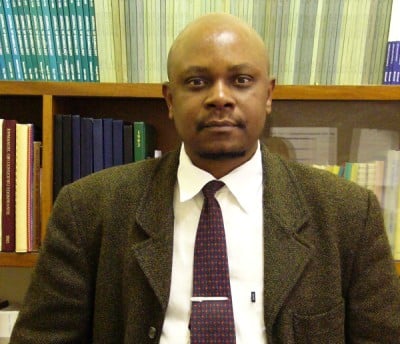 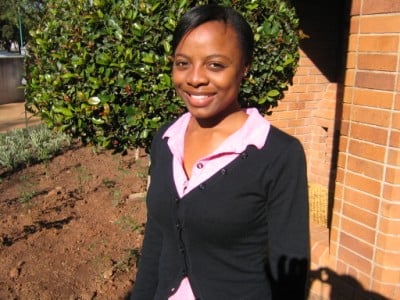