Relevant topics including growth and poverty reduction in Africa, economic growth in Africa, education, skill and human capital tax, pension, aid taxation and competition for the international pool of talent, were explored among others, in some 270 papers read in 74 sessions over four days.

This was the first time ever that the IIPF met on African soil. Representatives of the South African Treasury, Revenue Services and a number of parliamentary committees attended the congress.

The IIPF is the world organisation of public economists and pre-eminent academic institutions for study and research on economic public policy, as well as a platform of choice for the exchange of opinions in policy matters among scholars of all nationalities.

“Using the tools of public economics we hopefully exchanged our understanding of how different policies can accelerate development. We have invited many African researchers and are particularly looking forward to exchanging ideas with our African colleagues,“ says Hans-Werner Sin, President of the IIPF.

His sentiment is echoed by conference organiser, Professor Niek Schoeman of the Department of Economics at the University of Pretoria, who said that the conference topic of Public Policy and Development was relevant considering the massive levels of public intervention sparked by the global economic recession.

“We expect a productive conference full of new insights into the topical issue of public policy and development. The IIPF plays a valuable role in giving economics an orientation to the real world. Membership represents universities and the civil service in industrialised and developing countries and currently stands at 800 from fifty countries,” added Sin.

Keynote congress speakers and their topics were:

• Dr Louis Kasekend, Chief Economist: African Development Bank – “Public Policy and Economic Development in Africa”;• Prof Vito Tanzi, former Undersecretary of State in the Italian Ministry of Economy and Finance and a former Director of the Fiscal Affairs Department of the International Monetary Fund – “The economic role of the state before and after the current crisis”;
• Dr Otaviano Canuto, new Vice-President of the World Bank for Poverty Reduction and Economic Management – “The conduct of fiscal policy in developing countries: Lessons from the Trenches”;• Prof Tony Venables, BP Professor of Economics, University of Oxford. – “Harnessing natural resources to promote development”; and
• Dr Michael Keen, Chief of Tax Policy at the IMF – “Challenges for Tax Policy and Administration in Developing Countries”. 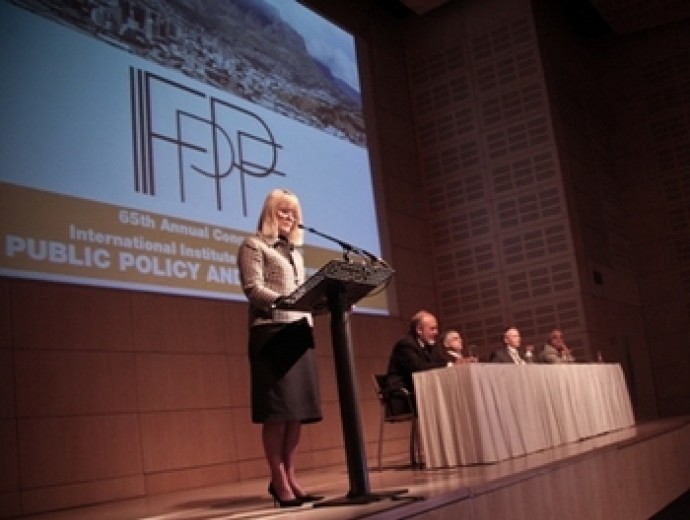