The University of Pretoria’s (UP) Vice-Chancellor and Principal, Professor Tawana Kupe, recently hosted a Commonwealth Games celebration breakfast to honour UP associated athletes who were awarded 11 of the 27 medals South Africa won at this year's 2022 Commonwealth Games.

“You are the special group of people who made a meaningful and invaluable contribution to our success at the Commonwealth Games in Birmingham in the United Kingdom,” he said.

The breakfast was attended by two of the athletes, Kaylene Corbett and Pieter Coetzé, their coach, Rocco Meiring, members of management at TukSport and some university partners.

“We value and honour the contribution you made,” Prof Kupe said.

“One not without sacrifice, whether that role was one of financial sponsorship, providing your skills to train and cajole others, or going out there to make your mark on the track, in the swimming pool, or on tatami mats,” he said.

“As a people-oriented and forward-thinking institution that seeks to educate holistically, we focus on developing students to become fully integrated individuals,” Prof Kupe explained.

“We want all-rounders at the University of Pretoria, people who excel in everything, whether it’s in sport or academics”.

He said this was not just a numbers game and it was not just about the gold, silver and bronze medals. Prof Kupe said it was about the pride and respect the institution feels for the athletes, for having the determination, discipline and passion, and achieving the skills that enabled them to represent South Africa and compete globally.

Speaking on behalf of the athletes, Kaylene Corbett, who won a bronze medal in the women’s 200m-breaststroke final, said it was heart warming to know that there were people who are constantly supporting them.

“It feels good to be associated with UP.. The university allows and gives us the opportunity to participate in these games, we are grateful to the institution and to Prof Kupe for the continuous support," She said.

Steven Ball, TuksSport Director and CEO of the High-Performance Centre (HPC) said: “The fact that we were able to bring back such a high number of medals it something truly special... 45% of team South Africa’s medals came from UP. To our athletes, who try by all means to balance the demands that comes with training, being a student and participating in games, we are proud of you.”  Bestmed medical scheme CEO, Leo Dlamini, said, also commended the athletes.

“We congratulate all the UP Commonwealth Games participants and winners as we understand that there was a huge focus and sacrifices they made to participate in those games and to come on top.” 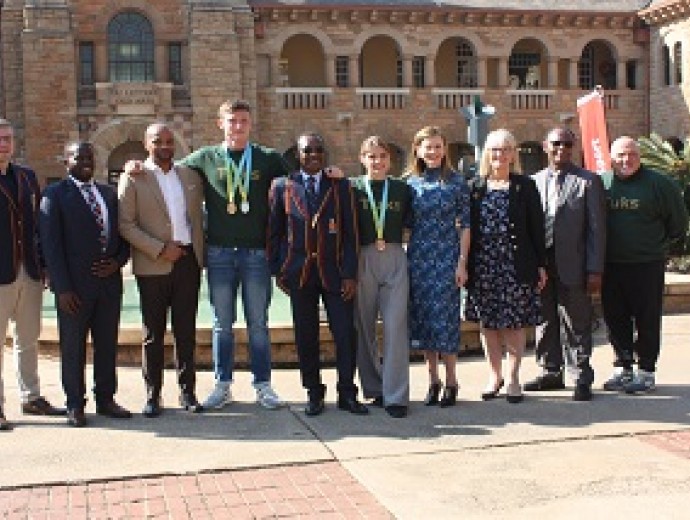 The University of Pretoria’s (UP) Vice-Chancellor and Principal, Professor Tawana Kupe, recently hosted a Commonwealth Games celebration breakfast to honour UP associated athletes