In his weekly column in The Business Day Professor Adekeye Adebajo writes about soccer and politics in Nigeria.

Legendary Liverpool manager Bill Shankly famously noted: “Somebody said that football’s a matter of life and death … I said ‘listen, it’s more important than that’.”

Football is like a religion in Nigeria, and one of the few sources of unity in a deeply divided country. The recent failures of the country’s soccer team — the Super Eagles — at the Africa Cup of Nations (Afcon) and the World Cup qualifiers have thus left deep scars in the national psych, resulting in a nation on the verge of a collective nervous breakdown and in need of communal therapy. Yet this was a chronicle of a tragedy foretold.

The Super Eagles are a mirror of the country, with hugely talented players, most plying their trade in top European leagues. Nigeria has historically enjoyed footballing success, winning Olympic gold in 1996, Afcon in 1980, 1994 and 2013, and qualifying for six of the past seven World Cups. But, like the country, the Super Eagles have been let down by the fatal national characteristics of gross mismanagement, avaricious administration, lack of leadership and planning, and an alchemic propensity to try to take short cuts to success through strange incantations rather than meticulous planning.

The longest serving coach in Nigeria’s history, German Gernot Rohr, was in the job for five years, losing 13 games out of 64 and  winning 35 (55%). He led the Super Eagles to a creditable third place at the last Afcon in Egypt in 2019, had qualified the team for Afcon in Cameroon, and led the Super Eagles to the brink of World Cup qualification. Why then was he summarily dismissed a month before Afcon and three months before the World Cup qualifier? Was any thought given to the negative effect of such a hare-brained decision on players he had bonded with over five years? Why did the Nigeria Football Federation (NFF) not give Rohr three months to finish the job he had started before possibly sacking him?

At Afcon, the Super Eagles players emerged as the only team to win all three group matches. But the team flattered to deceive. In a round-of-16 match against a Tunisia side that had qualified third in its group and was depleted by COVID-19, the Nigerians choked, falling to a goalkeeping blunder. Two months later, an even more spectacular disaster struck the Super Eagles during their two-leg World Cup qualifiers against arch-rival Ghana. A 0-0 draw in Kumasi meant the Super Eagles had their fate in their own hands in the return leg in Abuja. Ghana’s preparations had been even more shambolic than Nigeria’s: the Black Stars had come bottom of their group at Afcon and appointed a new coach a few weeks before the crucial World Cup qualifiers. Yet the Super Eagles crashed out after a 1-1 draw due to another goalkeeping blunder.

These dual debacles perfectly symbolise Nigeria’s collective failure to get its act together as a nation. The same huge talent the Super Eagles undoubtedly possess resides in many of the nation’s writers, entrepreneurs, musicians and athletes. But a spectacular failure of organisation and leadership has led to a propensity to seek magic solutions without putting in the strategic thought and hard graft to achieve success.

If there was any sense of ethics or accountability in Nigeria, the top echelons of the NFF would have resigned after these two disasters. But Nigeria is a nation in which no-one takes responsibility for clear failures, as a rotten and kleptocratic political and military class have consistently demonstrated over six decades of poor governance. As the politicians once more traverse the country spreading apathy in presidential primaries, it is worth contemplating the deeper sources of Nigeria’s malaise as embodied in its national soccer team.

Adekeye Adebajo is professor and senior research fellow at the University of Pretoria’s Centre for the Advancement of Scholarship.

This article first appeared in Business Day on 15 May 2022. 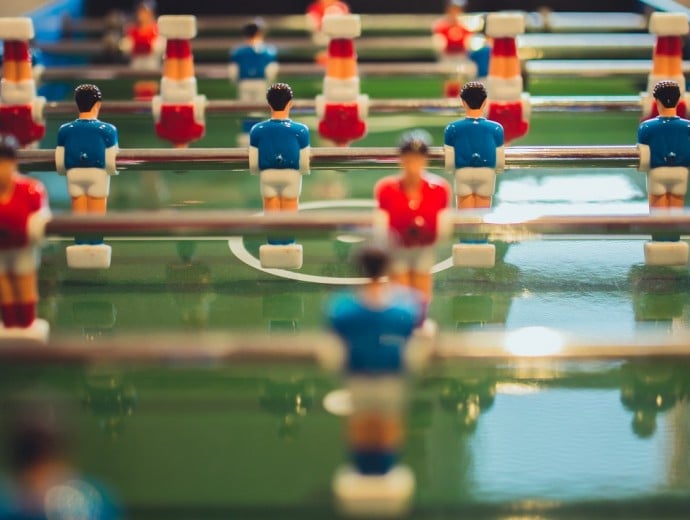