Returning to the office after months away? UP scientists discuss the fungi you might find

With South Africa’s move to level two lockdown amid the COVID-19 pandemic, and many returning to the office after months away, University of Pretoria (UP) scientists have been considering the fungi that people might encounter in the most unexpected places.

Professor Cobus Visagie and Dr Neriman Yilmaz, both mycologists at UP’s Forestry and Agricultural Biotechnology Institute (FABI), have launched the FABI Fun Project to take a closer look at the fungal diversity found in and around the institute as many begin to return to laboratories and offices. The public, both locally and abroad, are invited to participate in this initiative.

“The public is welcome to send pictures or mouldy items,” says Prof Visagie. “We will preserve the strains in our fungal collection. If we find new species, we will describe them and name them after the person who sent the strain to us.”

He points to a leatherwear and accessory store in Malaysia that reopened its doors after two months of lockdown, only to find fungi growing on all their products. “This is an extreme case, but if we look carefully in our own offices, we might find fungi in the most unexpected places,” Prof Visagie says.  “In these unusual and often harsh environments, the most likely fungi to be discovered are those that are xerophilic or osmotolerant such as species of Aspergillus, Cladosporium or Penicillium.” These species are generally not dangerous to humans but can cause allergies in some individuals.

Prof Visagie explains that fungi will grow wherever there is a carbon source. He found fungi in a cooler box, on pencils, wherever the moisture levels are optimal for growth. “These probably had a little bit of moisture that allowed for growth to occur,” he says. “Usually, when we occupy offices, there is enough airflow with open doors and air conditioners. Other common places will be in or on uncleaned coffee or teacups.”

Fungi, which are similar to bacteria, have evolved to be able to live almost anywhere. Most are not dangerous. “If we consider the indoor environment, we breathe in commonly occurring fungal spores with every breath,” Prof Visagie explains. “Certain species (such as Aspergillus fumigatus) might become problematic, especially in immunocompromised individuals, when spores are inhaled in large quantities. Similarly, Fusarium contains serious plant pathogenic species, but not all strains of a species are activated to cause diseases.” Most fungi occur as saprophytes, which break down dead organic material, thus performing a crucial role in the carbon cycle. However, many grow on or in plant material where they can have a mutualistic or parasitic relationship with the plant.

According to Prof Visagie, fungi play many roles and affect every human on a daily basis. “Fungi are incredibly diverse. They can cause devastating diseases in humans, plants and animals, while particular species can produce mycotoxins that affect our health. The cost of controlling mycotoxins amounts to billions of dollars. This does not take into account the health costs in countries where citizens are exposed to these toxins, which results in stunting in children.”

Correct identification of the species level is critical in diagnostic clinics to determine how to treat someone struggling with a fungal infection, for instance.

However, humans have also exploited fungi to great benefit. “Saccharomyces cerevisiae is a yeast used for the production of bread and alcoholic drinks; Penicillium rubens produces the antibiotic penicillin; Quorn is a meat substitute made from the soil mould Fusarium venenatum; and Aspergillus niger is used in the production of citric acid, which is widely used in the food and drink industry.” There is also Aspergillus, A. oryzae, more commonly known as koji mould, which is used to produce many Asian food items such as soy sauce. Penicillium species are commonly used for the production of speciality cheese (blue cheese and Camembert) or cured sausages (salami), while Trichoderma species are used as biological control agents by farmers.

“The ways in which fungi affect us are endless, and without exploring fungal diversity, what fungi do, the impact they have on us or how we can exploit them, the world would be a very different place to what we know.” 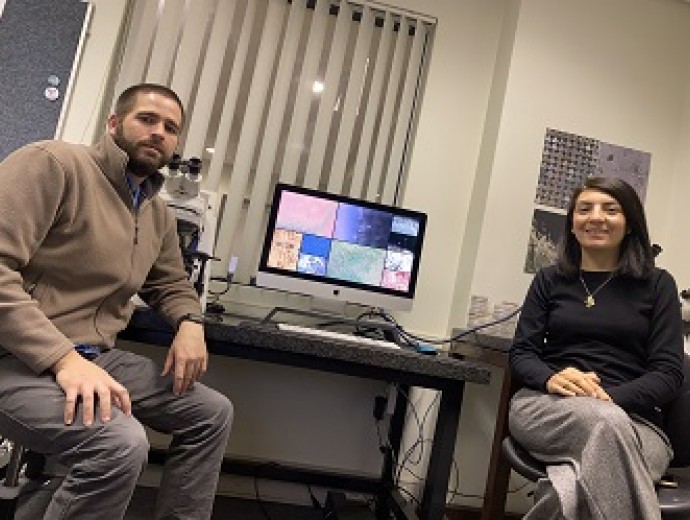