‘If it is fake, it is not news’ – Prof Tawana Kupe on the context in which ‘fake news’ has arisen

The success of disinformation campaigns in the 21st century is due to the fact that we now have a category of news that has the name “fake news”. Something becomes legitimate when it has a name or becomes a concept.

Misinformation, otherwise now known as fake news, is a risk to many things: to academic integrity, democracy, socio-economic development, and to the project of emancipation and the realisation of a just, equal, equitable and sustainable society, and the environment. We should not normalise the notion of fake news. If it is fake, it is not news. We must call it what it really is: lies, misinformation, distortion, misrepresentation, etc.

It is useful at the outset to state that what goes by the name fake news today is not new. It has always existed in various forms as misinformation, false information, lies, propaganda and spin. The question is why it has assumed such prominence and dangerous influence in this century. Historically, the media had a different structure to the way it is structured in this century. One major difference was that there was a greater range of media owned by both a multiplicity and diversity of owners, including various types of associations across the social spectrum; this included political parties. They openly espoused their own views, and to come to the truth or to form an informed view, one needed to read across the diversity of news outlets. The funding and financing of news outlets was also less commercialised or less influenced by commercial considerations.

However, around the 1980s, there was a transformation to predominantly commercially funded media seeking to position the public as audience units for sale. Ironically, in this period, the notions of separating facts from opinion and the sacredness of facts became a mantra in news journalism. Over time, this did not necessarily become a sacred norm, as commercialisation came with its own pressures. It is true, though, to say that the notions of professionalism, including journalistic ethics, sought to safeguard facts and hold them up as sacrosanct, in much the same way that peer-review mechanisms work in academia.

In the 1980s, economic policies associated with Margaret Thatcher and Ronald Reagan brought about a hard form of commercialisation that affected all sectors of society, including the media and communication (academia). One consequence was the decline in media diversity and increased concentration of ownership. It also resulted in the decline of news that was informative and relied on academic evidence and knowledge – the decline of coverage of science and scientific facts, for example. In addition, there was a decline in intellectual content dealing with complex issues, as well as an attack on academic and knowledge institutions partly because of their critique of the negative effects of commercialising everything.

In the 1990s, another development, this time in the technological space, led to the rise of digitalisation and online platforms, which also had effects across many social sectors, but particularly in the information, communication and media space as well as academic space. Information and communicating could now happen at a faster if not instantaneous speed across borders and boundaries. Personal digital gadgets, including the mobile phone, were developed. Libraries could carry online journal articles and e-materials that were accessible from anywhere at any time. All of this was a major advancement for circulation, distribution and access to information and communicating in real time. Volumes or quantities could also increase, as digital space was almost limitless.

However, as we all now know, technology is a double-edged sword; it can be deployed for both progressive ends and for harmful ones, and it is why we are now sitting with interesting paradoxes and contexts:

It is in this paradoxical context and situation that “fakers” have found both easy, fast means and fertile ground to spread fake news about anything and everything. So, for example, WhatsApp videos, YouTube and other online sites like Facebook are their media of choice. No one is their editor to ensure fact checking and there is no peer review.

In this context, academic integrity is at risk and under threat. Note the rise of online journals that cannot be traced to institutions of credibility yet ride on the fact that they are credible publications – this within the context of the pressure to publish that academics face.

A way out of this situation is to “flood” online platforms with credible information, and strengthen information, communication, media, and academic and knowledge institutions to be able to effectively combat fake news and disinformation campaigns. We have to restore the voice of reason as a central organising principle in the world. 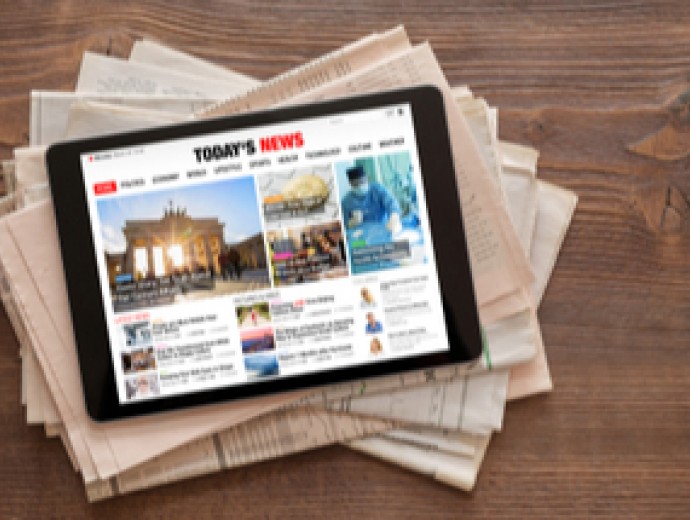