Enactus UP: Student-run organisation aims to transform the world through entrepreneurship

Enactus University of Pretoria (UP) is a non-profit, student-run organisation that is part of an international organisation which is a community of student, academic and business leaders committed to using the power of entrepreneurial action to transform lives and shape a better and more sustainable world.

“Enactus UP (formerly known as SIFE UP) is the affiliate body of the Tuks Top Junior and Senior Leadership Development Programme (TTJ&S). The TTJ&S programme was first established in 2004,” says Amir Rezaei, Business Advisory Board Chairperson: Enactus UP.

“The programme offers students who have been identified by their faculties as high academic performers the opportunity to further develop their leadership potential through engagement in additional lectures and practical tasks relating to emotional intelligence, corporate behaviour, project management and social empowerment to develop adaptable, public-spirited leaders of South Africa’s, and the world’s, future,” he said.

To supplement the practical component of the TTJ&S programme, all members also register as active members of Enactus UP, which is one of 23 South African teams involved in this global non-profit organisation located in more than 1 730 tertiary education institutions in 36 countries worldwide.

The 16-year-old student-led programme hopes to mainly achieve two goals: developing UP’s students into well-rounded citizens, enabling them to succeed locally and globally; and creating an entrepreneurial environment where students can get a ‘taste’ of what entrepreneurship is all about.

Dr Rina Wilken, Head: Student Development in the Department of Student Affairs, said the programme started out as an initiative where students could be inspired to get out of their comfort zones, broaden their horizons and give back to society through their community projects as they work towards an academic qualification.

Enactus UP has a dedicated Department of Student Affairs’ staff member overseeing and supporting this student-led organisation. Additionally, to provide an ongoing source of support and guidance to successive executive committees of the Enactus UP programme, a Business Advisory Board (BAB) which was established in 2010 under the principles of team governance first issued by Enactus Worldwide in 1997.

Enactus UP has been ranked among the top four finalist South African universities on eight occasions (out of the 10 times that it has participated) at the Enactus South Africa Nationals Competition. The UP programme has also won the South African competition on two occasions and finished as a semi-finalist at the 2010 and 2013 Enactus World Cups (ranking in the top 8-16 out of 1 700+ worldwide chapters). 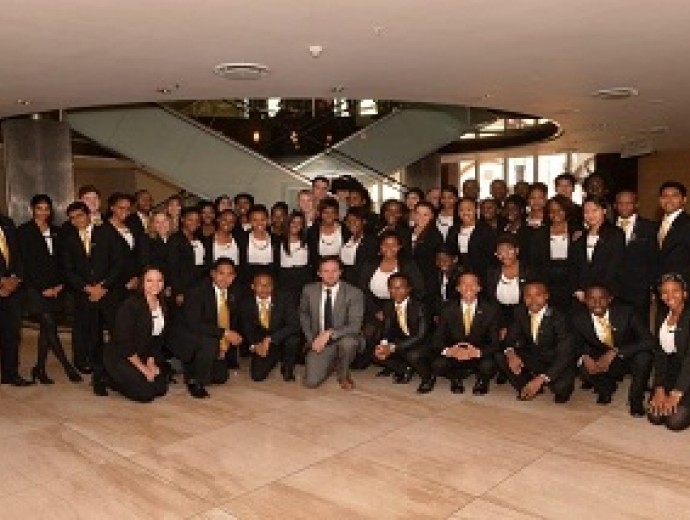 The Enactus UP team at the 2014 Enactus SA National Competition.