#TuksFootball: UP soccer player sets his sights on scoring goals on the pitch – and beyond

Katlego Motlhatsang’s mom had always dreamt of her son one day being a university graduate. And her hopes were not in vain – at the end of last year, the UP soccer star completed his honours in Sport and Recreation Management, and plans to do his master’s.

He is also a partner in a clothing company – and has set his sights on being a top player on the pitch. Motlhatsang’s quest to be the best he can be began as a young boy playing soccer in the streets of Pretoria West.

But wearing so many hats can be a challenge, and on most days, Motlhatsang battles to find enough time to do what needs to be done. For him, there is always a new idea to investigate or a goal to pursue. “I believe there is no need to limit yourself,” he says. “I want it all – being professional as a sportsman and in my career.”

Motlhatsang credits his dad with fostering his love of the game. “At first, I had dreams of being competitive in athletics. Soccer was only something I did for fun playing in the streets. Everything changed when my dad started to take me along when the likes of Kaizer Chiefs and Mamelodi Sundowns played. When you absorb something with your eyes, it gives you a new perspective. Having the privilege to watch the ‘big guys’ play is what ignited my passion for soccer.”

He has high hopes of getting a professional contract, and has certainly paid his dues. “I started playing at UP at an Under-14 level and went through the club’s ranks until I played for AmaTuks. I even had a short spell as a junior rookie at Kaizer Chiefs. The plan was to give it one last go this year to try to get a professional contract. The COVID-19 pandemic, however, forced me to change my plans. I will go for it next year.”

Another thing that is very close to his heart is making a difference in the lives of young people, which is why Motlhatsang is getting involved in sport at a grassroots level. “My aim is to get youngsters to take control of their lives from early on. My mom might have dreamt about me getting a degree, but in the end, it was my choice to do so. It is important to finish what you start out doing. Sport is the ideal way to guide young learners to make the right choices. It is the discipline you learn through sport that stands you in good stead for everything else you do.”

Motlhatsang is concerned that learners in rural areas and in townships might be at a disadvantage when they eventually get to compete in university sports or at other more competitive levels. This is something he plans on looking into for his master’s.

For now though, in these uncertain times, there is one thing that Motlhatsang is very certain about: “I am going to be involved with sport until I am an old man, whether it is by playing or in the clothing industry, or by helping youngsters.” 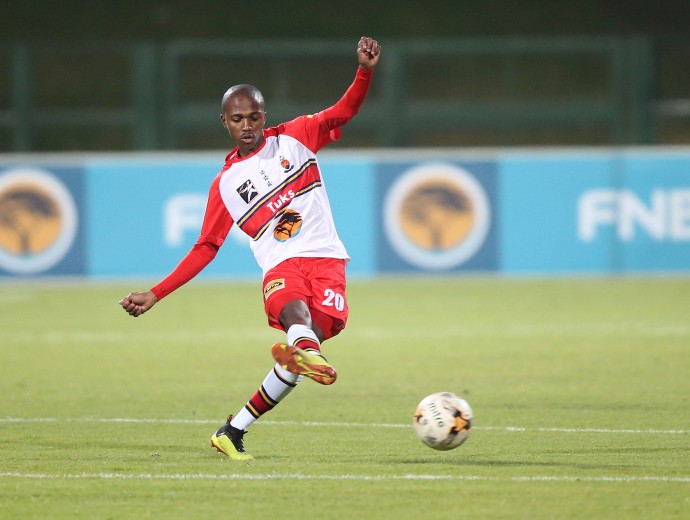