‘It’s crucial that you get the flu vaccine this year,’ says UP virologist

Like most other countries, South Africa finds itself under national lockdown to try to protect ourselves and our loved ones from COVID-19 and flatten the epidemic curve. It is disheartening to know that our actions may make it worse for the vulnerable among us and that all we can really do is stay at home, practise social distancing when we are out, wash our hands and try not to touch our faces.

To add to our concerns, while we are trying to limit the impact of the pandemic, we are also heading for the flu season in South Africa – which may make matters significantly worse.

It is important to try to avoid getting flu this year, since you have the risk of being exposed to people that may have COVID-19 when you go to the doctor’s office. In the event that you do end up getting infected with both flu and COVID-19, you may suffer more severe symptoms and have a greater risk of being hospitalised. This is why it is crucial that you get the flu vaccine this year.

There are many other respiratory viruses that circulate throughout the year, but it is the influenza virus in particular that can be deadly. Influenza epidemics occur between May and the end of August every year in South Africa. Most people that get influenza have only mild symptoms – including a fever, cough (usually dry), headache, muscle and joint pain, severe malaise (feeling unwell), a sore throat and a runny nose – yet may be sick enough to have to take off from work.

However, some may develop more severe lower respiratory tract diseases that make breathing difficult, develop bronchitis or pneumonia, and may even die. Sound familiar? These signs can be very similar to what you have been told to look out for if you have COVID-19.

Influenza and COVID-19 have some clinical similarities that make it difficult to distinguish between the two. This will cause many more people than usual to seek medical care but also to get sick enough to be hospitalized. Older people are most at risk of getting severe influenza and COVID19 and to die from either one. Flu also causes severe disease in young children; this is different to COVID-19, which thus far has caused very few fatalities in children under nine. Pregnant woman and those with HIV or other immunosuppressive conditions are also at high risk for severe disease and even death due to influenza. At this stage, it is not yet clear how COVID-19 will affect them.

While it appears that COVID-19 has a higher fatality rate (between 1 and 4%) than influenza (less than1%), during winter, flu can infect up to a third of the population. Every year seasonal influenza kills between 100 000 to 600 000 people worldwide, with about 9 000 people dying every year in South Africa alone.

So who should get the vaccine? The World Health Organisation (WHO) recommends annual vaccination for the following high risk groups:

However, people of all ages benefit from getting the vaccine to avoid getting Influenza in winter.

DEBUNKING MYTHS ABOUT THE FLU VACCINE

How can I be sure that the flu vaccine matches the strains circulating during our season?

There are three influenza subtypes that circulate globally at the same time, and which are all included in the vaccine: two influenza A types H1N1 (2009) – formerly known as swine flu – and H3N2, as well as one or two influenza B strains in the tetravalent or quadrivalent vaccine respectively.

Every year WHO’s network of National Influenza Centres around the world collaborate to identify the most common strains that are circulating in the northern and southern hemispheres. These strains are then used to produce specific vaccines for each hemisphere that are ready in time for the following year’s flu season. So although influenza strains may mutate or drift genetically from year to year, most of the time the strains in the vaccine are a very close match to the current circulating strains, and you will be protected against most if not all the strains in the vaccine.

Can the influenza vaccine make you sick?

No, it cannot. The vaccine is produced in eggs, then killed, so the vaccine contains only the dead flu virus. Some people who are allergic to eggs may have a reaction to the egg proteins and shouldn’t get the vaccine. But this is rare. If you’ve got sick before, it is likely as a result of another virus, such as rhinovirus or respiratory syncytial virus, which is circulating at the same time.

I’ve heard that there is mercury in the vaccine that could be toxic.

In the past, a preservative called thimerosal that contained trace amounts of ethyl-mercury was used in vaccines. It is worth noting that ethyl mercury is not the same as methyl mercury, which is found in certain fish and can be toxic if consumed at high levels. Either way, due to public concerns, thimerosal was removed from all vaccines in 1999.

In the past, I still caught the flu despite having got the flu vaccine.

The vaccine is about 70% effective to prevent all flu, but will still reduce the severity of disease if you should be so unlucky as to still get sick or if you get a co-infection with another virus.

The government sponsors vaccines for high-risk groups; also, most medical aids, cover the vaccine for people of all ages. High-risk people should, however, be prioritised if vaccine stocks run low.

Professor Marietjie Venter is Head of the Zoonotic Arbo- and Respiratory Virus Programme, Department of Medical Virology, University of Pretoria. 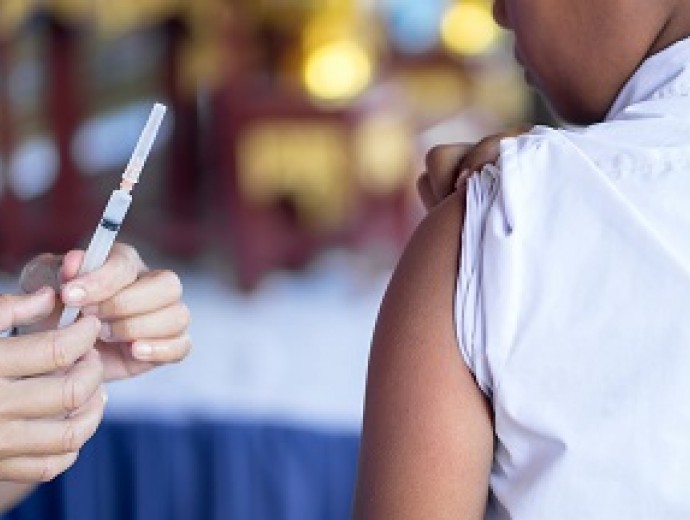