Simply put, soft power is the “ability to affect others to obtain the outcomes one wants through attraction rather than coercion or payment”, according to American political scientist Joseph Nye. Soft power is generally deployed when countries are inspired by certain values and the civilisation of another nation to the point that they are moved to emulate such standards, offers retired lawyer and political thinker Lam Pin Foo.

Nye distinguishes between three dimensions of this non-physical, abstract, subjective and often subtle attribute of power: culture (where it is attractive to others), political values (when those values are lived up to at home and abroad) and foreign policies (when they are seen as legitimate and having moral authority). Scholars have thus argued that a nation that leverages its soft power capabilities can place itself in a hegemonic position over those that do not.

In the midst of the global coronavirus pandemic, China, paradoxically, is projecting all three dimensions of its soft power capabilities, and in so doing leveraging an opportunity to propel itself to world leadership.

According to political science professor George Modelski’s theory of world leadership, beyond its military and economic capabilities, a country that is emerging from a period of global war and aspiring to world leadership must also offer “innovation” to provide geopolitical order and security. In essence, the power of the world leader rests in its capacity to set the agenda and its ability to enforce it.

This innovation can be in the form of culture or political values, with foreign policy outcomes similar to that of the political values (human rights and liberal democracy) that the US offered the world at the end of World War II and the Cold War, and which have been a defining feature of its ideational power.

With COVID-19, are we on the verge of global war of a different kind but with similar consequences for world leadership (change), as was the case after the aforementioned wars?

US President Donald Trump and other world leaders have framed the coronavirus as an enemy that the world is at war with, given the potential of COVID-19 to change the world as we know it. However, the US stuttered in the early stages of this global war in ways that may upstage its current standing as world leader.

As some scholars have stated, “the status of the US as a global leader over the past seven decades has been built not just on wealth and power but also on the legitimacy that flows from the United States’s domestic governance, provision of global public goods, and ability and willingness to muster and coordinate a global response to crises”. These three elements of US world leadership encapsulate the soft power basis of its global hegemony maintained by its hard power capabilities.

COVID-19, however, appears to be testing its leadership, and the US has been failing the test thus far. Its initial handling of the pandemic – from Trump trivialising and politicising it, to the lack of preparation of the public and private sectors to produce and distribute testing equipment – show inept governance and leadership both at national and international levels. This has prompted some scholars to describe the US as behaving like a Third World state.

Although it is still early to make a call, China appears to be emerging from the ruins of this global war as a world leader, filling the vacuum created by America’s initial faltering.

For one, China may be offering the world an innovation – responsible statism: strong domestic governance that justifies the Lockean essence of the state even though it is intrusive. Its efficient enforcement and management of mass quarantines and complete lockdown of the country, which has been seen as a contributing factor to containing the spread, is a good indicator of this responsible statism that also demonstrates Chinese political values.

Secondly, the country’s ability to produce both local and global public goods demonstrates its innovation, which is rooted both in its culture and political values. The building of makeshift hospitals with thousands of beds in a relatively short time, and the mass production of testing kits and other medical equipment needed to combat the pandemic, including treatment drugs, are good indicators of this.

Finally, the sharing of information and material assistance that Beijing has demonstrated towards other countries have foreign policy outcomes. They also reflect the capital’s “ability and willingness to muster and coordinate a global response to crises”, as shown in its knowledge sharing with South Korea and Japan; material assistance to Italy, Iran and Serbia; and most importantly, in an intensifying global discourse on “what the world can learn from China” around what states should be doing for its citizens in times of crises such as this.

Yet China itself is still the biggest threat to its aspiration of world leadership. The opportunity presented by COVID-19 that it is using to propel itself to global ascendency gives some kind of credence to conspiracy theories on the nation’s complicity. Related to this, China has a trust-deficit challenge in terms of how it suppressed information and manipulated statistics on the virus in its early days.

Also, Beijing’s disinformation campaign on the origin of COVID-19 to absolve itself of any kind of blame for the pandemic is not behaviour that is worthy of an aspiring world leader, especially where the consequences are dire for the world. Finally, Beijing’s unprecedented mass expulsion of journalists from three leading US newspapers exacerbates the trust-deficit challenge and damages its ambitions.

The apparent lack of readiness and inability of many states all over the world, including even more developed ones such as the US and Italy, to cope with sudden pressure on health infrastructure has been highlighted by COVID-19. It raises questions on the relevance of the liberal state system if it cannot deliver when needed to provide basic protection to its citizens.

Although the US is now beginning to reclaim its statist essence with talks of state interventions (such as corporate bailouts, individual supplementary income, tax and credit holidays), the need to rethink the liberal state system is clear. We will either see a move towards stronger liberal states with expanded functions or towards responsible statism such as China has demonstrated, but with implications for de-globalisation, state control, closed borders and new nationalisms, which offer better guarantees for survival and stability but at the cost of personal freedoms.

Professor Christopher Isike is a Professor of African Politics and Development in the Department Political Sciences of the University of Pretoria’s Faculty of Humanities. 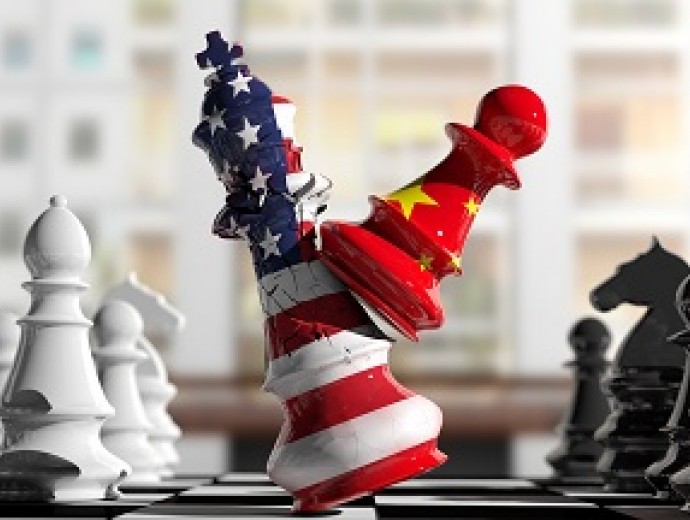