On Friday, 27 March, the world heard of the passing of an icon, Professor Thandika Mkandawire, who died at the age of 80. He was a man from a working-class background who lived in exile and who eventually rose to make a profound impact on the world.

He was one of the most influential African thinkers and leaders of the twentieth century, and his death comes at a time when the world is mobilising to ensure the survival of all humanity. Professor Mkandawire was not just unique; he was in another league, what many would describe a decent man; a humanist of note. Aman who loved the world and its peoples.

Described as an icon of African development, universities and multilateral agencies across the world recognise that he was an intellectual giant whose contributions are yet to be fully recognised and appreciated on the African continent.

In 2016, Professor Said Adejumobi, Director of the Lusaka-based UN Economic Commission for Africa’s Sub-regional office for Southern Africa,  described him as someone who “represents the broadest and deepest possibilities of knowledge, the gains of rigour and perseverance, the endurance of the human spirit, and the triumph of excellence, originality and creativity. Thandika is a pan-African scholar par excellence.”

Mkandawire was a Swedish national of Malawian origin and an economist who had a profound effect on researching key development issues. He was a formidable leader and former Director of the United Nations Research Institute for Social Development (UNRISD, a reseach hub within the UN system from 1998 - 2009) and the first person to be appointed as Chair of African Development at the London School of Economics (LSE).

He was also the former Executive Director of the Council for the Development of Social Science Research in Africa (popularly known as Codesria, 1986 - 1996), a Senior Research Fellow at the Centre for Development Research in Copenhagen, and he taught at the Universities of Stockholm and Zimbabwe. He also held the Olof Palme Professor of Peace with the Institute of Future Studies in Stockholm. He studied Economics at Ohio State University (BA and MA in the 1960s) and at the University of Stockholm (PhD).

Professor Mkandawire can be described as the epitome of respectability, an institution builder, a political activist, a driver of the knowledge project, a mentor and an intellectual of formidable stature. I had the privilege of meeting him on several occasions, and he was truly a man who inspired each one of us. He belongs to the stature of notable luminaries such as Archie Mafeje and several others; a gentle and an empathetic man who was astute at listening and distilling deep thinking and accommodating divergent and counterviews.

Professor Adejumobi also says: “Whether it be the genealogy of Africa’s political economy, an interdisciplinary approach to social science, the deconstruction of Africa’s economic crisis and proffered solutions, the analysis of the Structural Adjustment Program (SAP), the post-Adjustment era and the current discourse about ’Africa rising’, or inspiring younger African scholars, Thandika demonstrated an unusual capacity to think differently, offer counter-arguments and create new narratives.”

His ideas were empirically grounded and conceptually rich, yet provocative, and this gave him a sphere of influence that exceeded many academics.

His body of work is yet to be fully appreciated. There is a poetic force and visionary importance in all of his writing, indicative of a lifetime of thinking and ideas committed to changing the conditions of peoples’ lives.

He was awarded several accolades for his global contributions. York University in Canada awarded him an Honorary Doctorate in Law in 2018 in which the citation read: “Your international leadership, extensive experience in policy and advocacy, published works, and demonstrated excellence as an academic, in addition to your commitment to social justice, is commendable and serves as a model worthy of emulation by our graduands.”

In a recent interview “Reflections of an Engaged Economist: An Interview with Thandika Mkandawire” in Development and Change (2019) (https://doi.org/10.1111/dech.12481) he makes some of the following closing comments: “I’ve seen a lot of remarkable things. I’ve seen Malawi become democratic. I’ve seen South Africa liberated. And there’s no end … I’m essentially very upbeat about Africa, I have always been. But Africa must be given space, or capture space, to think its own way out of its predicament.”

As we, in coming weeks and months, embrace the challenges of our world, let us through our various Faculties and platforms (such as Future Africa and Javett-UP) rethink the intellectual legacy and the lessons we are still able to learn from Professor Mkandawire’s life and work as part of our work in living THE UP WAY. 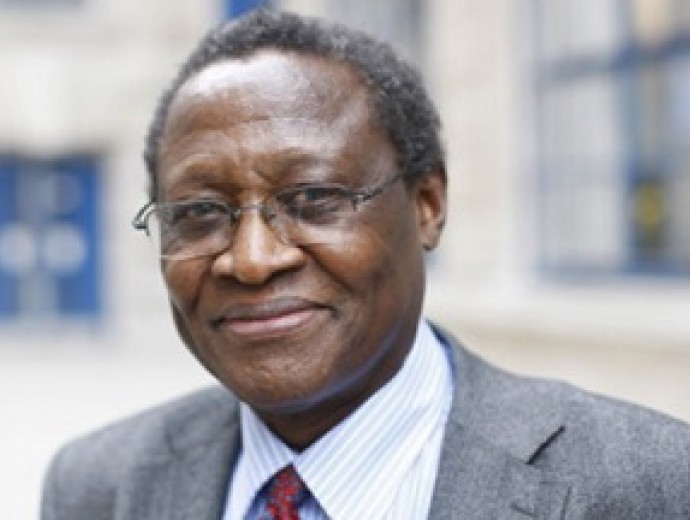