UP’s #TuksNetball keen to promote the sport among deaf athletes

Once Mohau Chauke starts talking netball, there is no stopping her, especially on the topic of who her heroes are and why. It’s no surprise that most of them play goal attack for the Proteas – the same position she plays.

Chauke is the captain of University of Pretoria (UP) TuksSport’s deaf netball team, which recently became a fully-fledged part of TuksNetball after Riana Bezuidenhout, TuksNetball manager, saw Pretoria's foremost deaf netball players training in the near dark at Burgers Park.

"My heart went out to them. The players may not have had a lot, as far as equipment was concerned, but that did not dampen their spirit in the least. You could feel their passion. That is why I did not hesitate to invite them to come and train at Tuks," Bezuidenhout, who is passionate about every player having the chance to fulfil their true potential, said.

The gesture did make a difference. The team, playing as Gauteng, won the provincial tournament for deaf players last year. From this year they will play in TuksNetball's recreational league.

Chauke, a learner at the Transoranje School for the Deaf, is grateful for the opportunity. One of her concerns is that netball, as a sport for the deaf, seems not to be growing. She hopes that TuksSport’s involved might help to create more significant awareness.

Returning to her favourite topic, she admits to perhaps being a bit too short to play in the circle, but immediately adds that it is not one's size but one's heart that matters when shooting goals.

"I love being in the thick of things during the game. There is a thrill to it, to try and outmanoeuvre your opponents in the circle when shooting for goal," she says.

One of the spinoffs of being at the club is that the deaf players get to train with players who can hear. It is hoped that this will help them improve their game. Akosua Mensah, who was one of the stars of TuksNetball's unbeaten Varsity campaign last year, is looking forward to meeting and training with the deaf players.

"Hopefully, we will be able to help them improve, but I am sure that there is a lot we can learn from them as well," she said.

Bezuidenhout encouraged UP female students with hearing disabilities to come and join the training sessions. 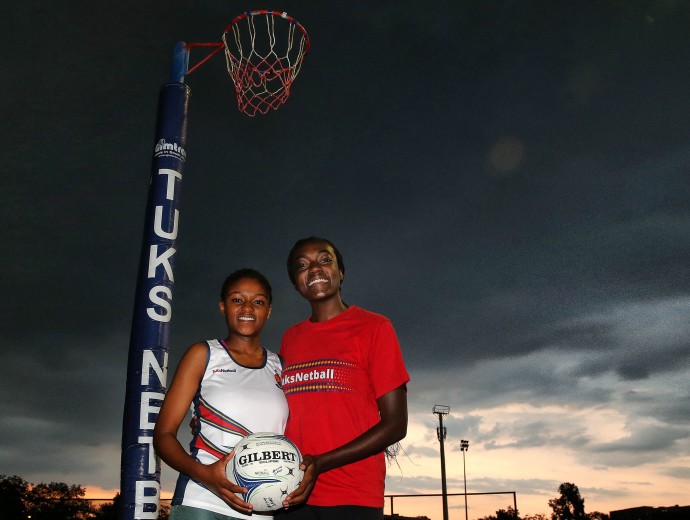