To showcase the wealth of opportunity that exists in the field of engineering, the University of Pretoria (UP) recently hosted a discussion forum for the Southern African Institute of Mining and Metallurgy’s Pretoria branch. The event included a talk by forensic engineer Colonel Danie Poolman of the South African Police Service.

In certain cases, forensic engineering involves finding out why a component, structure or machine malfunctioned. Forensic experts could then report their findings as evidence in court or in similar fora.

The purpose of the talk, which was held on UP’s Hatfield campus, was to generate interest in the field of forensic engineering, which is “an important cross-disciplinary field of engineering”, said Professor Roelf Mostert, head of the Department of Materials Science and Metallurgical Engineering.

Colonel Poolman related some of his experiences to an audience that consisted of professional members of the institute as well as UP Metallurgical and Mining Engineering students, and presented four cases that he had worked on that required the use of key engineering principles to solve crimes. The cases ranged from fatal motor vehicle incidents to the failure of an elevator amusement ride.

Prof Mostert said the forum was of particular interest to students because it covered concepts that feature prominently in their coursework.

Prof Mostert says that while a postgraduate programme in forensic engineering does not exist in South Africa as yet, there are plans to develop one. The professor recently visited Cranfield University in the UK to discuss their programme.

To find out more about UP’s engineering programmes, click here. 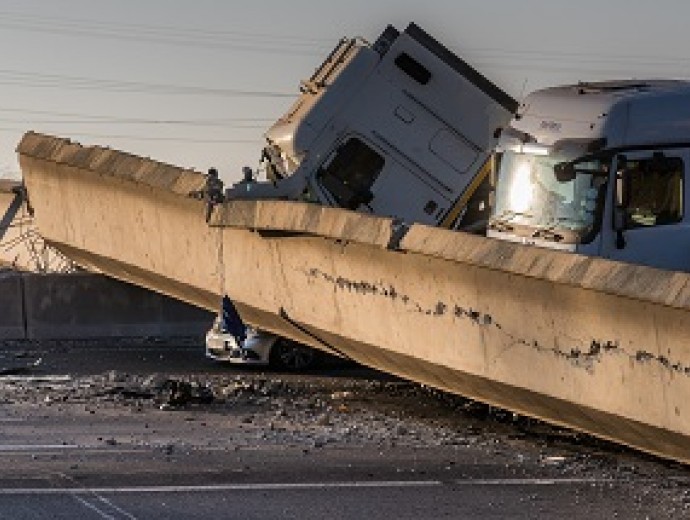 A pedestrian bridge collapse along the N3 highway near Johannesburg.