Since 2017 Schoenmaker has been one of the trailblazers of South African women's sport, consistently pushing the boundaries and getting faster and better nearly every time she competes.

This year it would seem Schoenmaker could do nothing wrong. She was responsible for one of the most significant breakthroughs in South African women's sport when she won a silver medal in the 200m breaststroke during the World Championships in Korea. It was the first time that a local swimmer won a medal at a world long course championship (50m).

Schoenmaker’s times in the 200m breaststroke testify to her establishing herself as one of the world's best. In 2017 her personal best time was 2:24.61. Last year it was 2:22.02. During this year's World Championships in Korea, she swam 2:21.79. She’s currently jointly the eighth-fastest in the world in the event.

South Africa's national swimming coach, Graham Hill, was one of the first to congratulate Schoenmaker. In a text message, he said: "Well done. It has been a great team effort. Stay focused. You guys are eight months away from something special. Believe me; it will be here quicker than you think."

Hill was referring to next year's Olympic Games in Tokyo.

Schoenmaker has been raking in the awards this year, but she will never be blasé about it.

"Every award I received is special,” she said. “At times it is still hard to believe that I am considered to be one of the best. I am not always sure whether I inspire young female swimmers. I can only hope so. I will certainly continue trying to do my best whenever I compete. The most important thing every young swimmer should realise is that nothing is impossible. They only need to believe and be prepared to put in the long and hard hours.

"There was a time that the media had some harsh opinions on the state of South African women's swimming. There had been a lot of speculation about whether female swimmers were good enough. This year will be remembered as the year that South African female swimmers truly stepped up. There were nearly as many female swimmers competing at the World Championships as there were men. In the past one of the worrisome statistics in South African swimming was the big time gap between the heroics of Penny Heyns to Suzaan van Biljon and me. I honestly believe it is changing.” 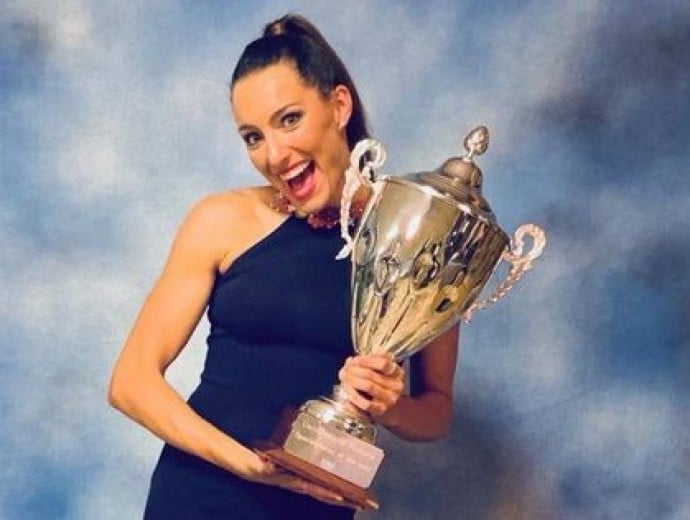