The United Nations has declared that on the current trajectory, Africa is not on track to realise the Sustainable Development Goal (SDG) of Zero Hunger (SGD 2) by 2030.

Food security is not just about access to food. “When food is not nutritious there are serious effects on a person’s health and well-being as well,” says Professor Kwaku Gyebi Duodu, of the University of Pretoria’s Department of Consumer and Food Sciences.

Africa is suffering from a triple burden of malnutrition. No longer is it only burdened by undernutrition, which is a lack of micro and/or macro nutrients, it is now plagued with a problem of overnutrition, previously only associated with developed nations such as the USA. Overnutrition is when the intake of nutrients is oversupplied and undermines a person’s health and well-being. Obesity and non-communicable diseases such as diabetes and certain types of cancers can result from overnutrition.

Poverty, conflict, population growth and climate change contribute to food insecurity in Africa. “Population growth is booming in Africa, increasing the demand for food, but not the supply. We have a problem,” says Prof Duodu. With the ever-increasing demand for land, deforestation and desertification are on the rise.

Prof Duodu aims to overcome this burden of malnutrition and wants to beat hunger while improving people’s health and well-being. His research seeks to contribute to changing the current trajectory Africa is on, hoping to achieve SDG 2 and SDG 3 (health and well-being). He aims to do this by promoting the use of indigenous and locally available grains.

Indigenous grains such as sorghum and cowpea are not only resilient in harsh climates (making them a viable climate change choice), they also have high nutritional value. “It is important to create awareness about healthy dietary choices to avoid the triple burden of malnutrition,” says Prof Duodu, who engages with policy makers such as the Department of Science and Technology on the benefits of African grains like sorghum.

Another aspect of Prof Duodu’s research encourages traditional methods of food processing such as fermentation. Not only do these methods promote nutritional value, they are also cost effective and usable on both a small and large scale.

Some of his latest research looks at fortifying local cereals with plant sources that are rich in micronutrients as an economical and healthy alternative to the expensive, and highly refined cereal-based foods currently available. For this research, Prof Duodu is collaborating with other researchers from Purdue University in the USA, the Food Technology Institute in Senegal and University of Eldoret in Kenya on a nutrition project funded by USAID. This is under the Feed the Future initiative. In this project, Prof Duodu and his collaborators are using plant sources such as baobab and moringa leaves (both rich in minerals) and orange-flesh sweet potato (rich in beta-carotene) as fortificants to produce nutrient-dense cereal-based foods.

Because of people’s dietary choices today, Prof Duodu also believes it is important to develop products made from indigenous grains that are relatable and enjoyable, such as biscuits, chip puffs and pasta.

In his research, Prof Duodu also studies the potential of foods made from indigenous grains to protect against non-communicable diseases. A significant proportion of the population in sub-Saharan Africa, for example, consumes sorghum porridge. Sorghum contains phenolic components, which have very high antioxidant properties. Non-communicable diseases can be brought on by a condition known as oxidative stress. “Our research is increasingly showing that phenolic components in sorghum-based foods such as sorghum porridge can boost the body’s natural defence to fight off oxidative stress and potentially protect against non-communicable diseases,” says Prof Duodu.

He says he hopes his research will continue to influence policy makers, so that products inspired by indigenous grains will become more available in order for the people of Africa to become more food secure. 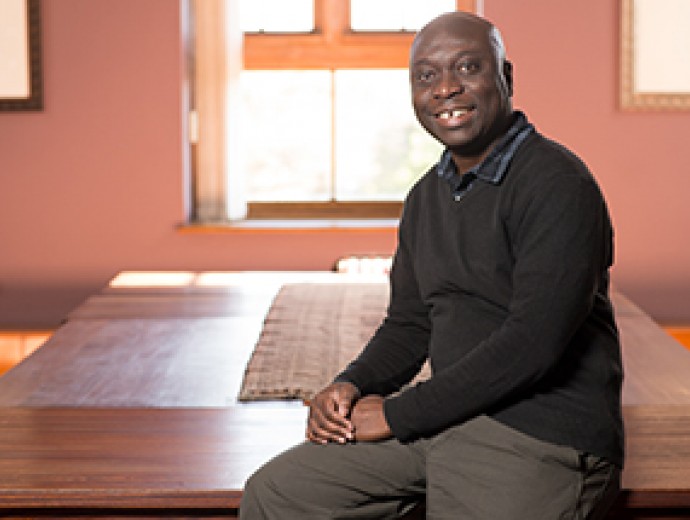