The conference, co-hosted by Japan and Africa every three years since 1993 – has become a global platform for African leaders and their development partners in Japan to engage in policy dialogue on critical sustainable developmental issues for Africa.

Prof Kupe was a special invited guest for the STS Forum – one of the world’s largest and most influential non-profit platforms. It was established in 2004 by Koji Omi, a former Japanese minister of finance. The Forum, which was addressed by Japanese Prime Minister Shinzo Abe and South African President Cyril Ramaphosa this year,  seeks to provide new mechanisms for open dialogue among global leaders on policy making, academia and business and build a human network to resolve challenges stemming from the application of science and technology. Prior to TICAD, Prof Kupe also participated in the Japan-Africa Vice Chancellors panel discussion as follow-up to the 4th South-African Japan Universities (SAJU) Forum hosted by UP in May 2019.

Prof Kupe’s participation in TICAD and engagements with Japanese higher education institutions seeks to build on the activities of the Centre for Japanese Studies in the Faculty of Humanities at UP. The Centre provides opportunities to utilise UP as a key platform to develop broader Africa-Asia strategic partnerships, engaging with selected African and Asian universities. This approach is aligned to key goals in UP’s 2025 Strategic Plan, including establishing UP as a leading research intensive university, strengthening the university’s international profile and its impact on social and economic development. 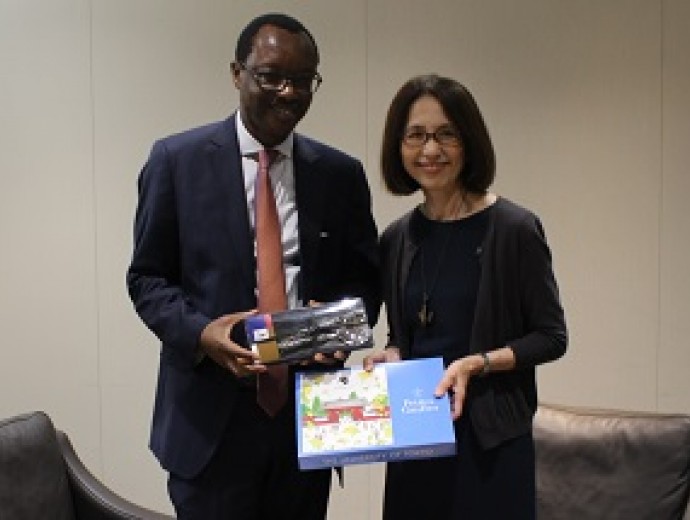