Primarashni Gower spoke to Vice-President of the International Union of Pure and Applied Physics (IUPAP) Professor Nithaya Chetty about the state of science.

PG: What is your involvement with the International Union of Pure and Applied Physics?

I was elected Vice-President of the organisation at the most recent general assembly that took place in Brazil in 2017. Prior to that, I served for four terms on one of the organisation’s commissions, namely the Commission for Computational Physics. I also led the South African delegation to the IUPAP General Assembly that took place in Berlin in 2002. My current responsibility as vice-president is driving membership, especially working to retain those member nations who are faltering in their commitment to the organisation, but more importantly in reaching out to potentially new member countries and attracting them to the IUPAP fold. In so doing, I am at the centre of helping [to] promote the organisation globally, and keeping the world of physics informed about the roles that IUPAP is playing in strengthening the discipline of physics on a global scale.

PG: What exactly does this organisation do?

IUPAP has been advancing physics across international boundaries for almost 100 years. South Africa was one of 13 countries that established the organisation in Brussels in 1922. Today there are 57 member nations from around the world.

During the Cold War, IUPAP was especially active in ensuring the free circulation of scientists despite the political divides that existed at that time. Physics as a discipline benefitted because Eastern Bloc scientists could, with the support of IUPAP, participate in scientific meetings in the West. And of course, humanity also benefitted because physics was able to bring people together from across the iron curtain and that helped build important human bridges that eventually led to the downfall of the Soviet Bloc.

Today, the environment for science is very different. Our challenges for physics and for science, in general, in the 21st century are different from when we were students. The UN Millennium Developmental Goals provide an important framework for the social, political and economic imperatives that we face today, and this is setting the basis for a burgeoning new global research agenda. IUPAP, being the voice of physics on a global scale, is at the very centre of helping drive this agenda from the physics perspective. PG: How is the global environment different for science today?

We find increasingly today that truth is being undervalued. This scourge is growing even in the developed world where scientific research is becoming politicised. I think that the effort required to advance knowledge for societal benefit is not always understood and appreciated by society the world-over. We need an independent, critical academy but this is often seen as a threat to the powerful and the elite.

Today, thanks to the internet, we have free and easy access to information. One must ask whether our university and research systems are thus becoming less relevant today. They will be, if we don’t adjust our educational system accordingly. It is becoming difficult to discriminate between real and bogus information. How do we counter plagiarism, protect intellectual property, etc?

All of this requires a global voice for science, and IUPAP concerns itself with many of these matters in the advancement of physics. The current big science questions need big – meaning expensive – research infrastructures that no single country can readily afford. This calls for large multidisciplinary teams and large multinational collaborations. This is a challenge, of course, but also an opportunity for us scientists. We must ask ‘how can we participate more effectively?’

Being globally connected through our communications also means that we are susceptible to issues around cybersecurity. How do we protect ourselves more effectively? What concerns me are the global disparities in science, with the ensuing global disparities in development. These two issues are inextricably connected. The challenge for us this century is to develop science more extensively on a global scale for the benefit of all of humanity. This is very central to the mission of the IUPAP.

PG: How successful are you in attracting new members and why is the increase of your membership base so important?

Since becoming vice-president, Jordan and Uruguay have become members. Egypt has re-joined after losing their membership due to non-payment at the most recent general assembly. Ethiopia is having difficulties meeting their payment obligations, and I am working closely with the Ethiopian Physical Society of North America to secure a deal that will keep Ethiopia in the IUPAP fold. I am also in discussions with Pakistan, Ukraine (which is the most productive physics nation that is not currently a member) and Serbia about joining. Increasing IUPAP membership strengthens the international voice for the developmental agenda for physics worldwide.

PG: Physics is often perceived as a difficult subject to take at school. How does one overcome this perception?

There are ample reasons around you to motivate for the importance of physics. The entire technological world in which we live is due to discoveries and understandings developed in physics. The transistor invented in 1947 is the basis for the digital electronic industry that many simply take for granted today. The World Wide Web was developed at the particle physics laboratory in Geneva. Many of the medical diagnostic tools used today, such as MRI, CT scans all have their origins in physics. But for me, the most attractive aspects of physics concern themselves with developing deeper understandings of the physical world in which we live, which invariably touches on the origins of the universe and the very nature of life itself. I think that we can be doing a better job in communicating the wonders of physics to mainstream society. We should be connecting physics education much more to everyday life experiences. 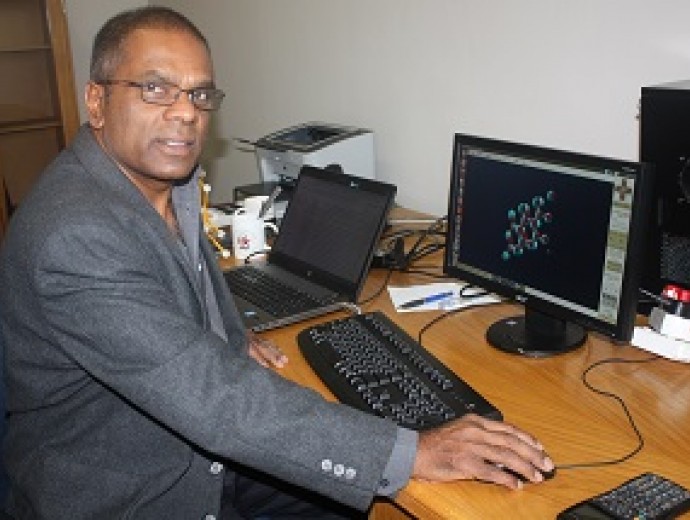