Professor Shose Kessi: Exploring the role of psychology and art in decolonialisation

Professor Shose Kessi, Acting Dean in the Humanities Faculty at the University of Cape Town (UCT), highlighted the link between art, representation and everyday consciousness  at a recent lecture, titled “Towards a Decolonial Psychology: Defining and Confining Symbols of the Past”.

Her lecture was part of the University of Pretoria’s (UP) lecture series, “Curriculum Transformation Matters: The Decolonial Turn”. She explored how psychological resistance to colonial symbols through forms of participation and community-building can produce the conditions for restoring dignity and well-being as part of a decolonial imperative, allowing people to curate their own histories.

The Rhodes Must Fall campaign highlighted the importance of the latter. In 2015, students at UCT protested against the presence of the statue of Cecil John Rhodes  on the University’s Upper Campus. For black students, Rhodes was the epitome of white supremacy, racism and misogyny, acting as a constant reminder of South Africa’s chequered colonial and apartheid past – an era in which black people’s humanity was not recognised.

At UCT the campaign prompted an interrogation of the artistic and cultural symbols at the institution. The Rhodes Must Fall campaign not only led to a shutdown of universities across the country, but also reverberated internationally – including in the United States, with its notorious history of slavery. Over the past few years statues of Confederate leaders around the United States have been removed from public spaces in Baltimore, New Orleans, Memphis, Dallas, Helena and Annapolis. These statues were seen as symbols of modern forms of white supremacy.

“A central feature of public art is its power to represent people and events in ways that convey stories. Stories of the past and the present, stories of who belongs and who does not, stories of what is valued and what is concealed. These representations of ‘us’ and ‘others’ are embedded in a history of slavery, colonisation and apartheid,” said Prof Kessi.

“Perhaps it is time that academics from all disciplines take seriously the role of art and artistic expression in making sense of the world. Intervening in the economic, health, and socio-political challenges that exist in vastly unequal societies as a result of coloniality necessitates an understanding of the affective experiences of such a context,” she added.

To gain insight into the experiences of black students at UCT, Prof Kessi and colleagues initiated a PhotoVoice campaign, a visual method in psychology that has been used with great success in studies of identity, representations, and social change. PhotoVoice is a participatory action research tool that engages groups and communities to tell stories about their lives through photography, explained Prof Kessi.

Black students were asked to capture their experiences on camera and to write a short essay on what the image/s meant to them, raising critical questions about the causes of their realities and finding practical and collective ways of changing their circumstances.  In an exhibition of their photographs and essays these students were able to share their stories with others. The project demonstrated that art can be a conduit through which the psychological effects of our pasts can be explored and initiate engagement, said Prof Kessi.

Asked what a decolonised society looks like, she said although it is not yet clear, decoloniality can be used to help us define that ideal. “But it is not going to happen overnight, it is going to be a process that happens over time.”

UP Vice-Principal: Academic, Prof Norman Duncan, whose office hosted the lecture, said UP is currently engaged in a rigorous process to update and contextualise curricula across all faculties. The aim is to ensure that the University remains relevant and prepares students for the environments in which they will live and work. “But we can’t just go through the motions and tick the boxes. This is an intellectual enterprise in which we have to be fully engaged.

“Decolonisation and transformation starts with you,” said Prof Duncan. A practical example is to develop modules that reflect African knowledge and frameworks. “If your discipline doesn’t offer what you need to do that, go beyond your discipline or repurpose what has been inherited,” he concluded. 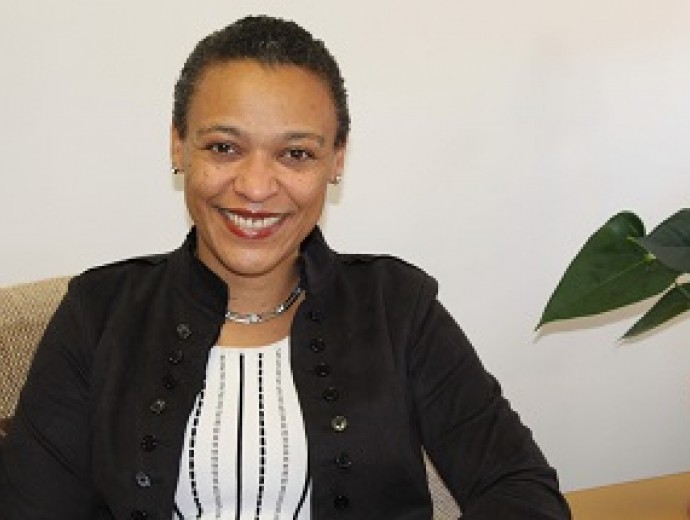