Universities are key to the successes of the fourth industrial revolution

Smartphones have changed the world in just 12 years. Since 2007, when they were introduced, they have created a technological revolution in society that has changed the pace of human interaction and advancement. They are fast becoming the only computer (or companion) we need that keeps us permanently connected, with an exhaustless variety of apps, social networks, information, education, navigation and communication platforms.

Rather than seeing it as something that needs to be managed, the University of Pretoria (UP) sees the 4IR as a rare opportunity to steer society in new and better directions – and this includes reimagining and positively transforming higher education. To an extent, this is already being achieved through local and global knowledge exchange that is happening to an unprecedented degree, along with international partnerships that are addressing the world’s technological, scientific, economic, survival and societal challenges.

Rather than posing a threat to our universities, the internationalisation of knowledge enables our institutions to take significant leaps in knowledge by building on each other’s areas of expertise. It also elevates all of our teaching and learning facilities to a new level, including teaching courses across the continent on the use of technology, such as video calling in real-time.

The main driver of the 4IR is inter- and transdisciplinary research and innovation, leading to the emergence of new study fields such as Bioengineering, which merges research and expertise in Medicine, Biology and Engineering, and Green Chemistry, which blends Chemistry, Biology and Environmental Science. Technology and data science is the connector. One example is a pioneering surgical procedure using 3D-printed middle ear bones, developed by Professor Mashudu Tshifularo and his team at UP’s Faculty of Health Sciences, to address conductive hearing loss. As Prof Tshifularo says: “3D technology is allowing us to do things we never thought we could”.

Achieving what we never could is the view we are taking about the 4IR at UP, where we have established a range of 4IR initiatives, including Engineering 4.0, a hub for Smart Cities and Transport, which at the same time shares its vast resources in technology and data sciences with all our other faculties via our Future Africa Campus, which we launched in March this year.

Future Africa is a platform for developing inter- and transdisciplinary research networks within the university and the global research community. We see it as a continental asset that supports the search for knowledge and lays the foundation for the industries of tomorrow through pioneering collaboration across the natural and social sciences, humanities, economics and technology development.

We are inviting other African countries, academics everywhere and the private sector to work with us to maximise 4IR innovation and address the ‘wicked challenges’ and stresses that Africa as a continent and Earth as a complex system is facing. This includes the disappearance of biodiversity, climate change, a rapidly expanding population of unemployed youth, and growing inequality between those who have access to food, water, energy and education, and those who do not.

All Future Africa research and innovation programmes are underpinned by the ethos of sustainability, diversity and equity. Future Africa is aligned with initiatives such as Future Earth, the global research initiative launched at the UN Conference on Sustainable Development (Rio+20) in June 2012.

Right now, a range of transdisciplinary institutes are emerging the world over, with significant opportunities for international collaboration, and it is exciting to be part of this. The Massachusetts Institute of Technology (MIT) is planning a new US$1 billion Quest for Intelligence college of computing, which will combine AI, machine learning and data science, and bring together researchers from cognitive science, neuroscience and computer science.

South Africa is one of about ten countries in the world affiliated to the World Economic Forum’s Centre for the 4IR network, with an affiliate centre recently launched at the Council for Scientific and Industrial Research (CSIR) in Pretoria. UP is strategically located in the city’s scientific hub, close to the CSIR, the Technology Innovation Agency, the National Research Foundation, the Department of Science and Technology, the Innovation Hub and other research, development and innovation bodies and agencies. As a university we are part of what is being called ‘the most innovative square mile in Africa’, comparable with similar innovation spaces globally.

We constantly talk about the need for innovation in all spheres of society, the economy and higher education. The 4IR is our greatest opportunity to achieve this.

Professor Tawana Kupe is Vice-Chancellor and Principal of the University of Pretoria. This article formed part of a talk delivered at the Times Higher Education Africa Universities Forum in Johannesburg in June and was first published in the Business Report on 11 July 2019. 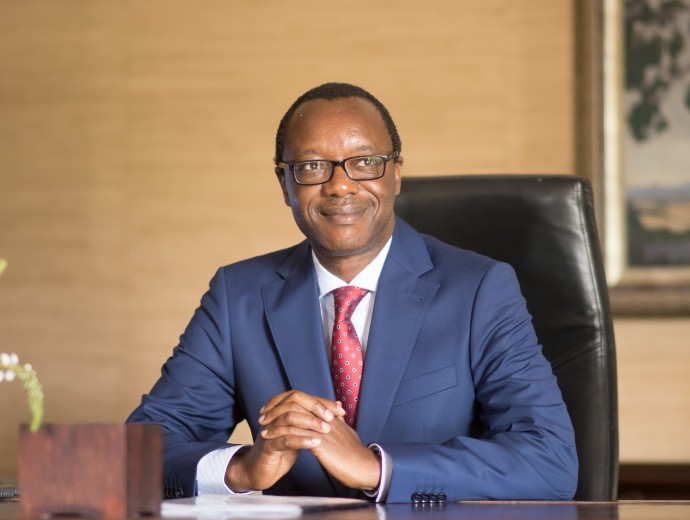