Tuks athlete Sokwakhana Zazini reached a new milestone on Thursday night by clocking a time of 48.73s in the 400m hurdles to win a silver medal at the World Student Games in Napoli, Italy.

His performance is a massive improvement on his previous best time of 49.29s. It was the first time he ever dipped under 49 seconds. Zazini also set a new African and South African junior record. Equally impressive is that his time is so far the ninth fastest this season in senior international athletics.

The race turned out to be a near repeat of last year’s events at the IAAF Junior Championships where the champion, Zazini, and the bronze medallist, Alison Santos (Brazil), were the main protagonists.

Zazini was in the lead for the first 200 metres in Thursday night’s race, but Santos never relented. Unfortunately, for the South African, he nicked the last hurdle, which caused him to lose his rhythm slightly. It enabled Santos to pip him on the line. Lucinda Pienaar, who coaches Zazini, said she was not surprised by his performance.

"I knew the moment Soks got out of his starting blocks that he was going to be faster than 49 seconds. In the build-up to the World Student Games, he was consistently running low 49-second times.

"What truly amazes me about Soks is how he can get totally in the 'zone' when he competes in an important race. If you had watched his race, you would have seen by his facial expression as he was going over the last hurdle that he was racing to win. I think he could have, had he not knicked it," said Pienaar.

The Tuks coach confidently predicted that Zazini was capable of running even faster times. According to Pienaar, Zazini did not have the best of starts to his season as he suffered from a back injury. He also had to adapt to her way of doing things on the track.

"My first priority was to get him adequately rehabilitated before he could start to race. At first, he was frustrated, but as he got to understand what was at stake, he totally bought into it."

Zazini's patience paid dividends. The first time he raced was at a Varsity Athletics Meeting where he clocked 51.03. From then on, as the Tuks athlete started to regain his confidence and get stronger, he recorded faster times with each race.

"He will compete in one more race next week in Europe before returning to South Africa. Then I will start to refine some facets of his technique. At the moment, Soks' most significant attribute as an athlete is his speed. But because he is so fast between the hurdles his running style is 'choppy', which means he is wasting unnecessary energy," explained Pienaar.

"I want to see if I can change his stride pattern to be more fluent. It might be challenging to do so before the World Championship in Doha as there is not really enough time."

Still, Pienaar is confident that Zazini will give a good account of himself at the World Champs. She considers Zazini’s qualification, at least for the semi-finals, a realistic goal, but taking into account his big match temperament, she wouldn't be surprised if he went on to compete in the final. 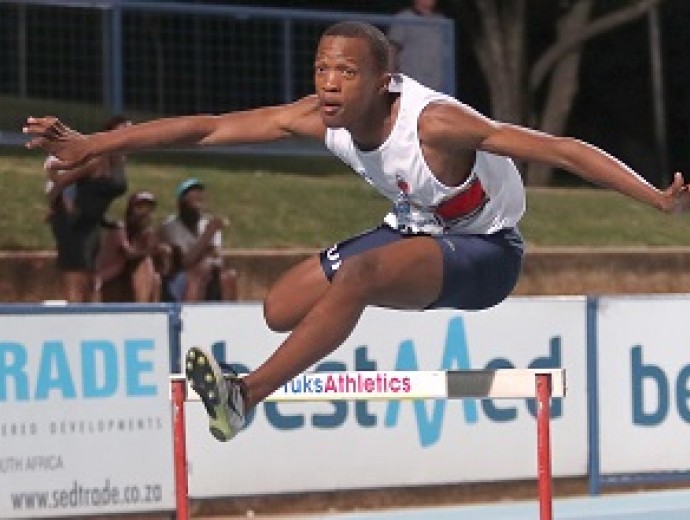