Changes in geopolitical forces are sweeping rapidly across the world, affecting the lives of many, for better and for worse. In much the same way, attitudes towards gender and sexual diversity are dynamic. They are moving towards greater acceptance in some parts of the world, while in others there is push back against this diversity.

The result is that lesbian, gay, bisexual, transgender and intersex (LGBTI) people are experiencing increasing freedom to express their diversity in some countries and communities. But in others they face discrimination, abuse, violence and even death because they don’t fit into the expectations of what certain sectors of society consider to be the norm.

The determinants of gender and sexual diversity can be understood from several perspectives. These include biological or physical sex – what we see or can measure; gender identity – how people identify independently of their biological sex; and sexual orientation.

Together, all elements contribute to a person’s gender expression. In other words, how they live their lives. Gender expression in turn is context dependent, and this includes the society in which people live.

The problem is that those who wish to impose their own beliefs frequently overlook the extent – and complexity – of natural human diversity.

Biological sex determination starts in the first trimester of pregnancy with the differentiation of the gonads (ovaries and testis). Male development is driven by the Y chromosome; X chromosomes (in the absence of a Y chromosome) drive development in the female direction. There are variations on this theme, some of which defy a binary classification.

One of the ways in which diversity between people manifests is through what is now referred to as “"disorders of sex development”, previously referred to as intersex or hermaphroditism.

People whose physical sex characteristics do not fit into culturally established gender norms feel strongly that the word “disorder” should not be used. Rather, they argue, it should be seen as a naturally occurring variation in development. Use of the terminology “differences in sex development” might therefore be more appropriate.

Surgery is often performed early in childhood on people who don’t fit into the binary classification of male or female with regard to their external genitalia. The aim is apparently to allow these people to fit into a socially accepted gender category.

Genitalia are often “corrected” towards female. But if this is done at a time in early infancy when the individual has not had a chance to establish their gender identity, it may create a disjunction between gender identity and physical identity later in life.

In addition, there are many consequences related to the surgery. These can include infertility, incontinence, scarring, loss of sexual pleasure, pain, mental suffering and depression.

One well recognised naturally occurring variation may be that the degree of masculinisation of the genitalia does not reflect the degree of masculinisation of the brain. When gender identity does not correlate to physical sexual characteristics, this may result in transgenderism. People in this situation may decide to transition to achieve a match between their physical and psychological sex.

Identifying as transgender has previously been classified by the World Health Organisation (WHO) as “gender identity disorder”. On May 25 of this year, in the most recent International Classification of Diseases manual, the WHO reclassified transgenderism as “gender incongruence” rather than as a mental health disorder. Gender incongruence has now been moved to a new chapter dedicated to sexual health, which it is believed will reduce stigma while ensuring access to healthcare.

The reclassification came about because the WHO now has a better understanding that gender incongruence per se is not a mental health condition.

With regard to sexual orientation, although the mechanisms which determine individual preference have not been determined, both genetic and epigenetic factors are believed to be involved.

Embracing human gender and sexual diversity requires acceptance of the fact that alignment between physical sex, gender identity and sexual orientation does not necessarily adhere to heteronormative rules. Each facet may be determined independently of the others in the course of the development of an individual, both in utero and in post-natal life.

When does a difference or a variation become a disorder or a disease?

One answer might lie in linking the difference or variation to subjective distress or suffering. Take for example heart disease or cancer. A person is subjected to distress or suffering as a result of the condition, which in this case is referred to as a disorder or a disease.

If the difference or variation per se does not cause distress or suffering, it should not be considered a disorder or a disease, even though distress or suffering may be imposed by others, which is frequently the case in LGBTI individuals. In societies where gender diversity is accepted, the magnitude of externally imposed distress and suffering is reduced.

There are numerous countries that have moved closer to embracing gender and sexual diversity.

For example, the state of Minnesota in the US is moving towards banning “conversion therapy” for people whose sexual orientation differs from a heteronormative pattern, while Taiwan has recently become the first country in Asia to legalise same-sex marriage.

Similarly, the move by Malta to ban “normalisation” surgery on infants will allow for the self-determination of gender identity in people with differences in sex development. And several countries and communities are moving towards a gender neutral option on official documents.

But other countries have gone in the opposite direction and have hardened their stance. Examples include recent legislation enacted in Kenya and a ban on transgender people being allowed to join the military in the US.

Self-expression is a fundamental human right. Gender and sexual diversity are part and parcel of being human. This is a fact. It is also a fact that this diversity occurs in many other species.

Whether or not one wishes to embrace this diversity is a separate issue.

Acceptance of diversity should not be predicated on scientific data. Furthermore, data in any shape or form is unlikely to convince people who wish to impose their own beliefs.

The key question is: does anyone have the right to judge?

Professor Michael Sean Pepper is the Director of the Institute for Cellular and Molecular Medicine at the University of Pretoria. This article was first published on The Conversation on 9 June 2019. 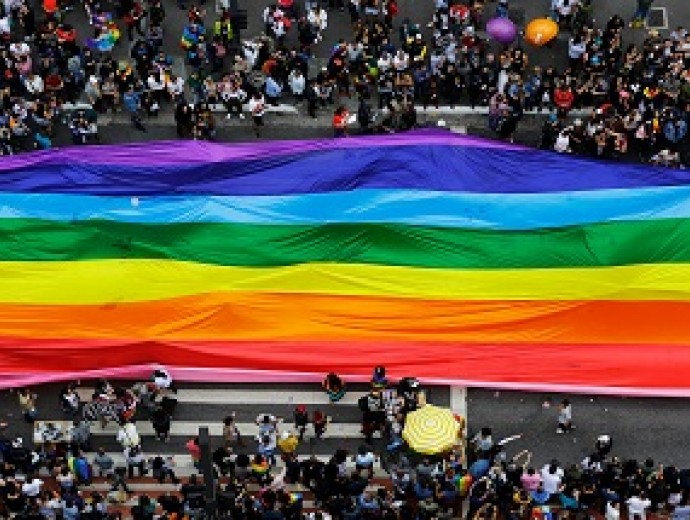