A Commonwealth Games champion, a World Cup gold medallist, two junior world champions and a current World Cup football player are among the Tuks athletes who will be representing South Africa at the World Student Games in Naples, Italy, next month.

There is a real chance that one or more of them will be definite medal contenders.

During the previous Student Games, Tatjana Schoenmaker won a silver medal in the women's 200m breaststroke. That was just the confidence booster she needed as she won the 100m as well as 200m breaststroke events at last year’s Gold Coast Commonwealth Games, setting Africa and national records in both events.

Schoenmaker’s best time this season of 2:24.11 ranks her 20th in the world at the moment, although it should be kept in mind that she swam it in April during the South African Championships in Durban. Her time of 1:06.83 in the 100m breaststroke currently ranks her 14th in the world.

It is guaranteed that Schoenmaker is going to be faster at the Student Games.  According to Rocco Meiring, her coach, her challenge is always to go faster, especially when competing internationally.

Danelle Wentzel, who is currently competing at the World Archery Championships in the Netherlands, made local sports history when she won a gold medal at the Hyundai Archery World Cup in Antalya, Turkey, in May. She is the first South African archer ever to win an individual event in an elite category at a World Cup.

According to Wentzel, archery tends to be a mind game, especially when competing internationally.

"The competitor who can handle the pressure best is the one who is going to win. What stood me to good stead during the World Cup in Antalya was that there was never a moment that I was thinking about the final outcome. Before each shot, my whole focus was to make sure that I got to execute 'the process' to perfection."

Sokwakhana Zazini and Zeney van der Walt both won world titles in the 400m-hurdles during the IAAF Youth as well as Junior World Championships.

Maritza Coetzee, who coaches Van der Walt, said one of her best qualities is never giving up. She is prepared to take the battle right up to the line as she proved during the Youth World Championships.

"I am confident that Zeney is going to improve on her best time of 55.05s this season, but if it’s going to be at the World Student games remains to be seen. If she does, there is a real chance that she could end up standing on the podium."

Zazini is on record stating that he does not race to lose and therefore will never allow himself to be intimidated no matter who his opponents are.

What is exciting about Zazini's performances up to now, is that he has been improving his times with every race. During the South African Championships, he was second in a time of 49.33s, which is a mere 0.01s off his personal best of 49.32s.

A total of 33 Tuks athletes will be competing at the World Student Games from 3 to 14 July, which is the biggest contingent from any university. 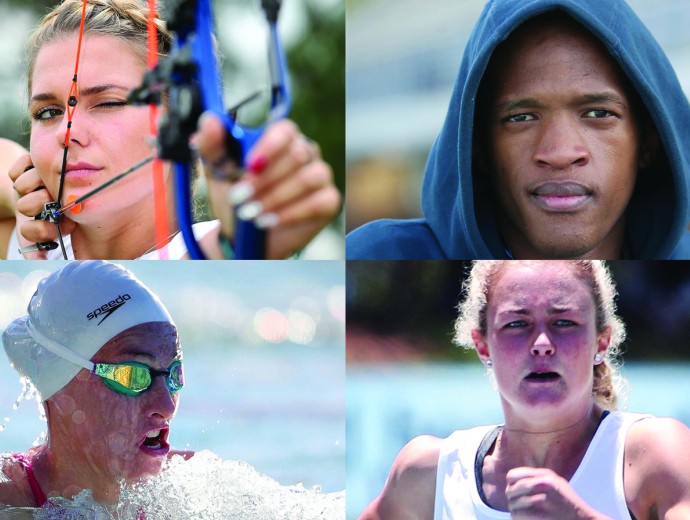