International Day of Action for Women’s Health: Implications of Caster Semenya ruling must be carefully weighed, says UP professor

The recent verdict by the Court of Arbitration for Sport (CAS), who rejected Caster Semenya’s challenge against the International Associations of Athletics Federations (IAAF) rules forcing her to lower her testosterone levels in order to compete internationally, has been described as an injustice to female athletes. There are several medical and ethical concerns arising from the IAAF ruling: The first of these concerns is whether discrimination on the basis of an inherent human characteristic is a necessary and justifiable consideration when individual access to participation in a specified activity is decided.

The second concern arises from the institutionalisation of IAAF recommended measures by which individual athletes are expected to manipulate inherent biological characteristics in order to conform to standards that the IAAF has deemed necessary for participation. The matter of individual privacy is also important. There should be no obligation on anyone to disclose information about one’s self. It is understood that those seeking to enter a socially organised competitive event may be required to reveal aspects of themselves that others who decline such opportunities would wish to keep private.

For example, boxers will reveal the “story of the tape” which describes their physique whilst others would most definitely not wish to have their weight and abdominal girth published in the public domain. Notably, however, those asked to disclose information about themselves are treated equally in the sense that all such individuals seeking to participate in the same event are expected to accept the same level of disclosure. If the requirement for IAAF competitions requires that genotype, phenotype and endocrine profile become a matter of public record in order to gain access to sponsored competitions, then this criterion must apply to all similar competitors and must be seen to apply in exactly this fashion. Anything less would be a matter of discrimination.

The long- and short-term implications of hormone screening and replacement deemed necessary for eligibility to participate in sporting events must be carefully considered. The bioethical principles of beneficence, non-maleficence and respect for autonomy should be applied when making medical decisions, and screening may detect previously undiagnosed disorders of sex development (DSD) in young athletes, necessitating further medical investigation and care. Unfortunately, several elite female athletes from track events are from developing countries, where appropriate medical support is lacking.

The IAAF must therefore ensure that athletes are provided with the counselling, medical support and resources that would be required should they persist with their ruling and such a diagnosis is made as a result of its screening process. The traditional aim of hormone therapy for individuals with DSD is to improve general physiological health and well-being, long-term outcome and focus on development of sexual anatomy. Irrespective of aim, hormonal manipulation is associated with both risk and benefit, while evidence of successfully reaching therapeutic goals remains largely absent. Athletes subjected to hormone replacement for non-medical indications must be fully informed of long-term risks and be monitored for possible adverse effects.

The World Medical Association (WMA) has urged doctors not to enforce the IAAF rules, warning that attempts to do so would breach ethical codes. WMA chairperson Dr Frank Ulrich said: “We do think it is extremely serious if international sports regulations demand physicians to prescribe medication – hormonally active medication – for athletes in order to reduce normal conditions in their body.”

The United Nations has described the IAAF ruling as unnecessary, humiliating and harmful. Several local organisations such as the South African Medical Association, The Steve Biko Centre for Bioethics, and the South African Society for Obstetricians and Gynaecologists are calling on civil society and other organisations to stand up against global injustice in sport. South Africans are being urged to stand by Caster Semenya as she appeals the decision by the CAS.

Semenya is a true South African icon. She is admired for her resilience, determination and hard work – all of which have made her a true winner. With our support, she will once again rise above and continue to inspire women and athletes in South Africa and around the world. 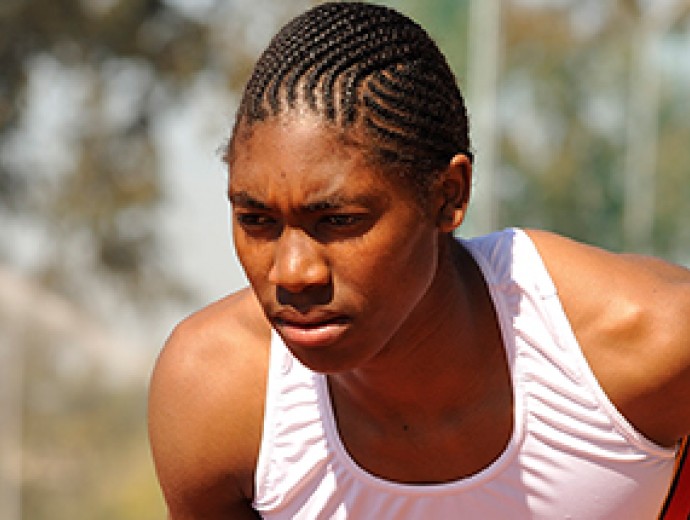