The 4IR is coming, and SA needs to upskill workers for automation

The 4IR is coming, and SA needs to upskill workers for automation

People need not fear the Fourth Industrial Revolution, as it’s an opportunity for job creation – as long as companies recognise the need for automation and upskill their workforce.

This is the according to Professor Norbert Gronau, Chair of Business Informatics, Processes and Systems at the University of Potsdam in Berlin, Germany, who delivered a talk titled “How to prepare workers for digital transformation in the Fourth Industrial Revolution: experiences from Europe”. He was speaking at an event organised by the IEEE Vehicular Technology Society (SA Chapter) and the University of Pretoria’s Faculty of Engineering, Built Environment and Information Technology.

Prof Gronau centred his presentation on changes in the workplace and work processes, and taking a lab-oriented training approach, which would prepare workers for the age of digital processes.

He explained that Germany, where the term the “Fourth Industrial Revolution” was coined, is experiencing a skills shortage. “Unemployment is around 4%. Yet there aren’t enough skilled workers, and the German population is shrinking. While there were refugee waves in 2015, this brought with it unskilled workers. For automation we need skilled workers.”

“Manufacturing and manufacturing services have added a lot of jobs,” he said. “Unemployment is at a record low since reunification,” meaning that digitisation has created new jobs.

During digitisation and automation, factory processes will undergo six phases. Production will move from uniformity to de-standardisation (where, for example, the production of cars is individualised) and linear processes of production will be de-linearised (consecutive products will have individual and often different paths through the factory).

The production process will also be de-materialised, whereby 3D construction materials can be delivered to a customer “who prints out products like pictures, music, books and newspapers”, explained Prof Gronau.

Furthermore, there will be a de-hierarchisation of IT systems and no workforce hierarchies, as well as de-specialisation (less skilled people could perform jobs that required more skilled workers before digitisation) and delocalisation (the locus of revenue generation will no longer be only on site but can also be on the customer’s site).

“While all jobs will be affected as a result of the Fourth Industrial Revolution, people should not be afraid – they should view this as an opportunity for job creation,” Prof Gronau said. “Entry barriers are very low with digitisation. Software industries create new jobs as well. All levels of management and all workers should have some digital skills.”

He cited the example of desktop publishing in the ’80s and ’90s when only highly skilled people could lay out pages and prepare them for printing. Now with basic skills and computer software, the high level of skills of the past is no longer required.

However, factories will never be workerless “because the degree of automation could never go up in a way that all possible situations are covered”, said Prof Gronau. Also, while machines can do what skilled workers can do, decisions still need to be taken by workers.

To address its skills shortage, Germany has set up a skills lab to train workers. Learning is centred on the individual, and may be carried out near or during the actual work process. The focus is on system orientation, a mixture of real and virtual elements, components of Cyberphysical systems, IT infrastructure, information systems, logistics, equipment and technologies such as virtual reality glasses. The interaction of machines, order throughput and even simulated disturbances can be controlled by specially developed software. For Prof Gronau, South Africa needs skills labs like that of Germany. “We need to upskill people for the new jobs – that is the common denominator. If South Africa develops a machinery industry of its own, jobs will definitely be created.”

Professional competence entails programming skills, interpretation of failure notifications, quality control and maintenance tasks. Personal competence includes stress management, critical thinking and reliability. Prof Gronau uses the example of a machine operator. “She has to be able to cope with a large number of machines. For that, she has to be reliable in her decisions or aware of techniques for coping with stress.”

Cultural competence entails having a low level of ethnocentrism and the ability to communicate according to mutual rules and norms. “The logistics planner has to have a non-judgemental attitude while maintaining intercultural contacts. She also has to be aware that other professional cultures speak different languages as some things she says may not be self-explanatory.”

In terms of interaction competence, there needs to be the ability to collaborate and co-operate with humans as well as smart technical entities. Furthermore, employees need to purposefully use media and technical equipment. “Employees have to be able to work in a group to achieve a mutual holistic result and to be able to work by themselves on results,” said Prof Gronau. “Furthermore, they need to be able to use and apply communication technologies and devices such as augmented reality glasses or tablets. 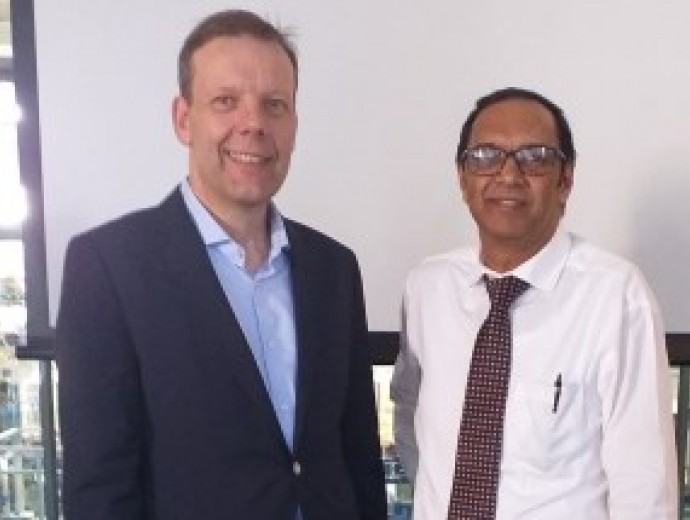