UP receives boost in NRF ratings

Two University of Pretoria (UP) academics have received prestigious A1 ratings by the National Research Foundation (NRF) for 2018, bringing the number of UP scientists rated in the A category to 14.

Prof. Don Cowan, Director of the Centre for Microbial Ecology and Genomics, has received an A1 rating, up from his previous A2 rating, while Prof. Mike Wingfield, founding director of UP’s Forestry And Biotechnology Institute (FABI), had his A1 rating renewed.

An NRF rating is a measure of the quality of a researcher, based on peer reviews of their publication performance and impact, including international recognition. A researcher in the A-rated category is recognised by all reviewers as a leading scholar in his/her field internationally for the high quality and wide impact – beyond a narrow field of specialisation  – of his/her recent research outputs.

Prof. Cowan established the Centre for Microbial Ecology and Genomics in 2013. The Centre works on various aspects of soil microbial ecology, with a particular focus on hot and cold desert ecosystems. The team uses the latest metagenomic and bioinformatics methods to investigate the structure, function, adaptation and resilience of soil microbial communities, to further understanding of their roles in soil health, plant productivity and the provision of genetic resources. “I am absolutely delighted with the NRF rating result,” Prof. Cowan says. “One of the wonderful elements of academia is that it is possible to be rewarded for working on something about which one is passionate. But this is not a solo effort: I must also gratefully acknowledge and sincerely thank all those who have played their part, whether big or small, in this wonderful result: my research collaborators, my postdocs and students, my friends and my colleagues, and my wife.”

Prof. Wingfield’s research interests are focused on the broad area of forest health, particularly those caused by insect pests and pathogens of trees, and their patterns of global movement. Together with his colleagues and collaborators, the research team applies a wide range of biotechnology tools in order to better understand the biology and epidemiology of tree pests, and reduce the dramatic impact they are having globally. Asked about once again receiving an A1 NRF rating, Prof. Wingfield said, “This award belongs as much to me as it does to the amazing FABI team, including a wonderful group of colleagues, students and collaborators globally. I hope they will enjoy the fruits of the award with me and, more importantly, continue to have fun doing impactful research in the interests of forests and forestry globally.”

Meanwhile, Dr Eshchar Mizrachi, a senior lecturer at FABI, is one of four scientists in South Africa to be awarded a highly prestigious P rating for research on understanding the molecular biology of polysaccharide metabolism, especially cellulose and xylan, during wood formation in Eucalyptus trees. This rating is assigned to researchers normally under 35 years of age who have held a doctorate or equivalent qualification for less than five years at the time of application. His research primarily focuses on constructing a model of the regulatory network (genes, proteins and pathways) that play a role in influencing the partitioning of carbon and the deposition of cellulose and xylan in wood, and identifying candidate pathways or processes for biotechnological improvement of trees (applied via breeding using molecular selection tools, or genetic modification).

Prof. Slippers, Director of FABI, said, “These recent ratings show that we do not only compete locally in terms of excellence, but also with the best in the world. It is exciting to have both established world leaders and upcoming young and leading scientists in FABI. That is good for the future of the institute and University, and shows that we have a vibrant academic environment.”

All three scientists are academically linked to the Department of Biochemistry, Genetics and Microbiology. Head of Department Prof. Paulette Bloomer said, “It is a true privilege to be the academic home of these world-leading scientists, to share their passion for discovering the fundamental basis of biology, and to do research that is locally and internationally relevant.”

In addition to these A and P ratings, so far in the current round of awards and renewals of NRF ratings, UP academics have received a total of no less than 30 new ratings, and 49  renewed ratings, of which 2 are A ratings, 20 are in the B category, with 43 C and 9 Y ratings. The University of Pretoria now hosts 507 rated researchers, representing about 12% of the total number of rated researchers in South Africa.

Prof. Stephanie Burton, UP Vice-Principal for Research and Postgraduate Education, said the University is proud of the achievements of all these academic colleagues. “We are one of the biggest producers of university research in the country and Africa, and we produce research that is relevant and which matters.” 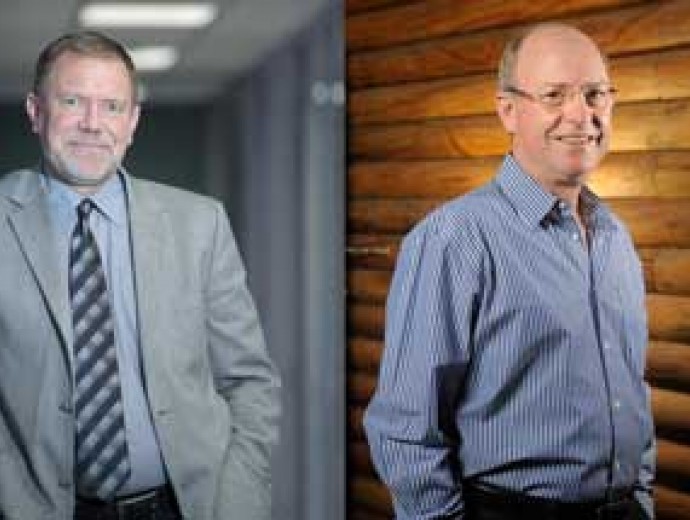