According to Amnesty International, human rights continue to deteriorate. CIVICUS – an umbrella body for a global alliance of civil society organisations – observes that the civil society space is shrinking. Human rights activists and social justice movements face an uphill battle.

Seventy years ago, the then 58 members of the United Nations adopted its first two fundamental frameworks at the General Assembly in Paris: the Convention on the Prevention and Punishment of the Crime of Genocide, on 9 December 1948; and the Universal Declaration of Human Rights, on 10 December. Nowadays, this achievement is recognised as Human Rights Day. In a few countries, among them South Africa, Namibia and Cambodia, it’s celebrated at some point during the year as a public holiday.

Often, the Universal Declaration is criticised as an attempt to establish Western values to maintain global dominance. The declaration’s eight main drafters came from Australia, Chile, China, France, Lebanon, the former Soviet Union, Great Britain and the US. Article 1 begins with the words “All human beings are born free and equal in dignity and human rights.”

Critics have questioned the relevance of these frameworks. But as I argue in a forthcoming book, the Universal Declaration in combination with the Charter of the United Nations served as a relevant compass in the campaigns for decolonisation during the 1950s. But, as a detailed historical study by Roland Burke documents, once in power, anti-colonial movements often turned their backs on the very same rights they used for the mobilisation and recognition of their struggle.

So where is the world 70 years on? The second Secretary-General of the UN, Dag Hammarskjöld, popularised the saying: “The UN was not created to bring us to heaven, but in order to save us from hell.” Sadly for many people, life on Earth has remained close to hell. But their numbers would not be fewer without the UN frameworks. Several human rights principles adopted during the last 70 years might not have the effects we would like to see, but they have not been in vain.

The anchoring of genocide and crimes against humanity as part of international law after the Nuremberg trials has been brilliantly documented by historian and author Philippe Sands. But institutionalised prosecution only followed the adoption of the Rome Statute in 1998 and the establishment of the International Criminal Court in 2002. Even so, most war crimes remained outside of the court’s jurisdiction because big powers such as China, Russia and the US, as well as several other states, refused to ratify it. The court has suffered other setbacks too: many African states have withdrawn from it on the grounds that they feel the continent is being selectively targeted. This, despite urgent pleas by civil society not to evade accountability but rather to influence international law.

Other areas of progress have similarly been marred by setbacks. This has been mainly due to the fact that human rights issues in the global governance sphere are often the victim of strategic or opportunistic motives and reasoning.

These contradictions are mirrored in the composition and voting patterns of the UN Human Rights Council (UNHCR). Established in 2006, its 47 members proportionally represent the world regions and are elected for a three-year period by the UN General Assembly.

The Obama administration joined the UNHRC in 2009; in mid-2018, the Trump administration declared the withdrawal of the US. Other countries have fewer problems with the UNHCR. In October 2018, 18 newly elected members for 2019 included Bahrain, Cameroon, Eritrea, and the Philippines. China, the Democratic Republic of Congo, Saudi Arabia and the United Arab Emirates are among its current members.

Governments are guided by a preference to act within a collective alliance. The issue of LGBTI rights is an example of block voting: in mid-2016, Muslim and African countries – with only one exception –voted against, or abstained from supporting, a resolution on the protection against violence and discrimination based on sexual orientation and gender identity. But this didn’t prevent the adoption of a pioneering recognition and obligation for the protection of these communities.

There are other successes that suggest that the role of the UNHRC – and of human rights campaigns – is anything but obsolete. Take the investigations on behalf of the UNHRC that resulted in a report documenting the violence unleashed in Myanmar by the military against the Rohingya. It also implicated Nobel Peace Laureate Aung San Suu Kyi and culminated in the outgoing UNHRC chief demanding her resignation. Her extraordinary fall from grace shows that moral-political postulates do matter, and have consequences when being ignored.

Despite such occasional successes, failures to live up to the standards codified (and ratified) continue to characterise the track record in global governance. More often the abuse of human rights remains without such condemnation.

The dilemma is structurally embedded. Asymmetric power structures in global governance have not been solved. The most influential states control decision-making in the UN Security Council. With their veto power, they remain gatekeepers and put their own interests over those of humanity.

As a result, the conventions are still selectively applied. Double standards by those who close eyes and ears if it suits their economic and geostrategic interests remain firmly in place. The barbaric assassination of the journalist Jamal Khashoggi – and US President Donald Trump’s response – is a sobering reminder. Nevertheless, the frameworks have introduced reference points against which such hypocrisy can be measured, named and shamed. Without such conventions, campaigns – and campaigners – would have been even less successful.

Despite all shortcomings and flaws, the world would not be a better place without the UN and its accepted (though not practised by many) minimum standards of good governance. Human Rights Day might not be a reason for celebrations, but it is a helpful reminder that a great deal is already anchored in frameworks that recognise human dignity and wellbeing.

We have to live up to it – and continue to fight for them. This article was first published in The Conversation on 7 December 2018. 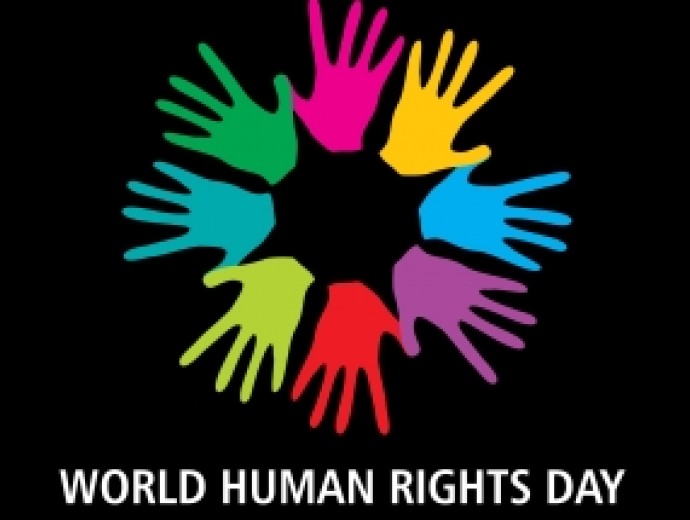