Giving Tuesday is the antidote to Black Friday – UP doctoral candidate

South Africa has just survived another Black Friday. Of course, a good bargain is great, but I avoid all shops on Black Friday, in order to avoid long queues. Still, for many across the country, Black Friday is a welcome day of cheaper prices on some basic necessities that help families sustain themselves. For many others, however, the day is celebrated for allowing us to scoop up an even bigger TV set, upgrade to the latest-model cellphone, or buy the bluetooth speaker you’ve been eyeing all year.

Lost so far in the – recent, for South Africa – annual excitement over Black Friday markdowns, is Giving Tuesday, a day created in 2012 by groups including the United Nations Foundation, as a counterpoint to the often crass consumerism that typifies Black Friday for many participants. Giving Tuesday is marked on the first Tuesday after the US’s (Thursday) Thanksgiving holiday and the Black Friday sales which follow the next day. Giving Tuesday falls on 27 November this year, but mention of the day is almost non-existent, drowned out by the hype around finding cheap deals over the weekend.

But we should not be forgetting the importance of giving – especially during a time of such massive spending (Black Friday, despite its recent take-off in South Africa over the past few years, is already firmly established as the biggest shopping day of the year).

One of the challenges South Africa faces is that we are sometimes “stuck” between different “philosophies”. We speak proudly of and celebrate the idea of ubuntu, yet we are swept away by ideas celebrating “bling”, money and “shine”.

The problem with ideas such as individualism, capitalism and consumerism is that they’ve been uprooted from their original relational contexts. These ideas have become goals in themselves, which undermines rather than strengthens relationships, and doesn’t promote general well-being. We sigh in disbelief at the high levels of poverty, inequality and unemployment. Yet we must be careful that we do not feed a consumerist lifestyle and culture that takes us further away from addressing the above issues.

But how do we respond to the above? Austro-Hungarian economic historian Karl Polanyi would argue that more attention should be given to patterns of reciprocity, redistribution, shared values and traditions, as opposed to rational self-interest, which is a feature of the market society.

In the 2018 Charities Aid Foundation World Giving Index, South Africa is ranked 40th out of 146 countries when measuring donations, helping of strangers, and volunteering. Despite the high walls and divisions in our country, 17% of those surveyed donated money, 72% helped strangers, and 34% donated their time. There is of course a lot that the survey does not consider, and it does not capture the nuances within different contexts.

This index shows South Africans not faring too badly. But in our divided society – one in which consumerism and individualism are tightening their grip – we must reflect on the importance of giving and volunteering as we actively try to loosen that grip. Of course, giving, helping and volunteering come with their own risks, which we should understand and consciously address. The act of ‘playing benefactor’ can perpetuate stereotypes, reinforce social inequalities, create negative unforeseen consequences, cause stress, and lead to low-quality services.

But research, practice and experience are telling us that giving, helping and formal/ informal volunteering are important in promoting community participation, generating social, financial and other capitals, and in developing trust. The acts can help expose and deal with differences within deeply divided societies, and move people out of their comfort zones. Giving is integral to advancing democracy and active citizenship.

French sociologist Marcel Mauss, in his book The Gift: The Form and Reason for Exchange in Archaic Societies, wrote that when volunteering our time, resources and support is viewed as gift-giving, this creates the expectation that gifts need to be accepted or reciprocated by the recipient(s) to ensure honour, status and a spiritual source of authority and wealth for the recipient. Through this we shape social, cultural and organisational bonds in society. Market systems are motivated by the acquisition of capital based on financial exchange. But giving and volunteering as a gift-based system can strengthen and reframe existing relationships – or lead to the establishment of new ones.

For all of these reasons, Giving Tuesday should also be gaining more traction in South Africa – starting, perhaps, with the marketing plans of the companies across our country that helped make Black Friday into the spending frenzy it’s become. But individuals need not wait for companies to lead – getting Giving Tuesday off the ground could be as simple as buying some extra groceries and reaching out to a person or family that might need a helping hand.

Perhaps it’s time we re-evaluate what’s truly important. Giving Tuesday comes days after Black Friday. Let’s extend taking out our wallets from Friday to Tuesday, and continue to be generous people with our resources – and our time – so we can build more and stronger bonds within our highly unequal society. Marlie Holtzhausen is a doctoral candidate, focusing on building a relational economy and society, at the University of Pretoria and a volunteer at the James 1:27 Trust https://www.james127trust.org/ 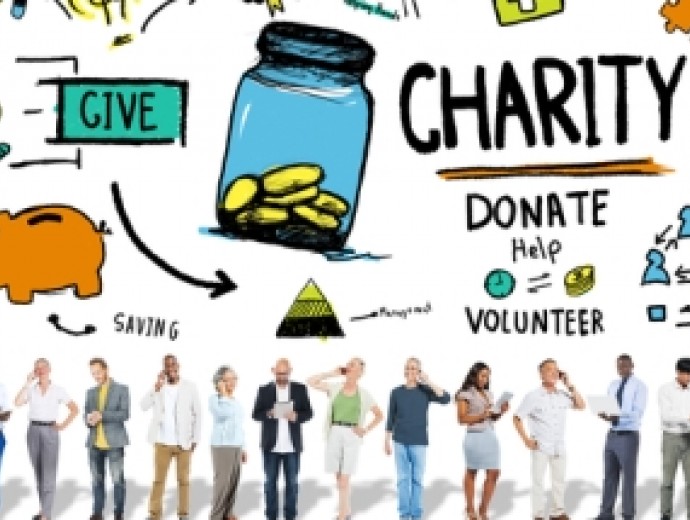