Op Ed: Breastfeeding and the politics of the female body

If breastfeeding did not already exist, someone who invented it today would deserve a dual Nobel Prize in medicine and economics” –  Keith Hansen, World Bank (2016).

At the beginning of every August, we celebrate World Breastfeeding Week (WBW). And every year we are reminded of the elixir-like qualities of breastfeeding and how it can address some of the world’s toughest challenges – infant mortality, malnutrition, food insecurity, poverty, obesity and environmental degradation. The 2018 WBW campaign focuses on how breastfeeding is the “foundation of life” and how there are links between breastfeeding and each of the 17 United Nations Sustainable Development Goals (SDGs).

Why is it then that breastfeeding, which is seen as the foundation of life and holding the key to solving a number of global development issues, is viewed as a practice that needs to be confined to the private sphere? Breastfeeding in public is still frowned upon in many sectors of society. Rachel Kolisi, the wife of Springbok rugby player, Siya Kolisi recently vented on social media, highlighting the discrimination she experiences as a new mother whenever she breastfeeds her child in public. Interestingly, Ms Kolisi stated that she received more support from men than from women on the public breastfeeding debate.

Our species (Homo sapiens sapiens) falls under the Kingdom of Animalia, under the Class of Mammalia, which refers to vertebrate animals who possess mammary glands to mainly nourish their offspring with milk. The bodies of female humans are physiologically designed to breastfeed. Culturally, however, being classified as a mammal and feeding your offspring on demand is not as straightforward as one would like to think – and in some societies this remains extremely contentious. The natural biological task of feeding infants from the mammary glands does not exist in isolation, and is not perceived as purely a method of feeding and sustaining life. In modern societies, breastfeeding has become overshadowed by the politicisation of the female body, which includes the discussion, dissection and discrimination of how women should conduct themselves corporally. In the end, it is the culture of a society that dictates what is deemed appropriate behaviour.

Recently, a restaurant chain was lauded for its updated policy on breastfeeding. It welcomes mothers to breastfeed in any public area of their restaurants and unequivocally supports the normalisation of breastfeeding in South Africa. This is commendable and they have to be praised for their positive approach to breastfeeding and their support of families. One can, however, wonder about the motives behind this move. Did the restaurant chain go through a challenging time after some clients boycotted their restaurants in the aftermath of a racial incident that occurred in one of their restaurants in January 2018? It is also worth noting that it released this policy update very close to the celebration of annual WBW. Publicity stunt or not, hopefully it  will lead the way in making public spaces truly public spaces for all – including lactating mothers and breastfeeding infants alike.

Unsurprisingly, the restaurant chain’s policy change was met with a mixture of ignorant, critical and supportive responses. The story went viral on social media, and comments varied from judgmental to encouraging:

"Well that will put me off cheese sauce on my fillet... what happened to putting the milk in a bottle....?”

"Definitely will not be eating there. Time and place for everything. Maybe in a separate room would be an idea."

"If you don't like it, put a blanket over your head whilst eating... It’s what you expect of others, right?”

"Don’t like it? Don’t look. Simple. Why would you be staring at (a) breastfeeding mother’s breasts in any case?.."

Issues such as breastfeeding, female genital mutilation, sexual and reproductive rights and sexual harassment exemplify how the female body is politicised. In a recent interview, the American attorney and academic Anita Hill, who became a public figure after accusing a prominent US Supreme Court nominee of sexual harassment in 1991, stated that parents are trying to equip their daughters to deal with the issues surrounding the female body politic. The problem, however, lies not with the daughters and the victims of discrimination and harassment, but with societal attitudes at large. To equip women to deal with a society rife with discrimination and harassment is certainly not a bad idea, but the question that needs to be asked is: why should women always protest and take a stand in order to be heard and respected?

The onus should be on society, especially men, boys and other women, to proactively support public breastfeeding, to denounce female genital mutilation to support the ability to choose family planning and abortion options and to encourage women to celebrate their bodies. Women have the agency and autonomy to be fully participating members of society ­– up to the moment their bodies are perceived as vessels of reproduction and receptacles for the sake of male pleasure. Then the female body politic becomes a national and international debate.

The female body is not only heavily politicised, but it is also one of the most powerful political tools to effect change in society. Sextivism groups, such as FEMEN, and protesters as seen with the #RhodesMustFall movement, use their bare breasts to make political statements and highlight the injustices that are associated with patriarchal ideologies. The onus is not on women to change their behaviour in order for the public to feel more comfortable with female corporeality. The duty lies with society at large to question its motives and to support women’s freedom of choice and the basic needs of the family.

Yolanda Booyzen is the Communications and Marketing Manager at the Centre for Human Rights, University of Pretoria. 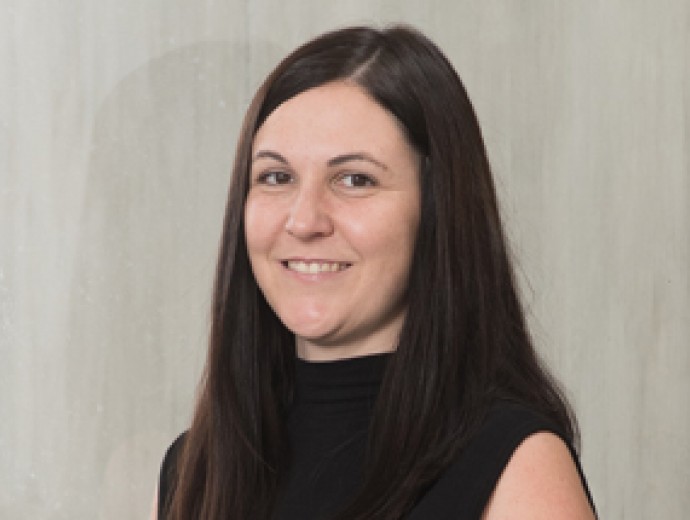