The medal of honour is regarded as one of the most prestigious awards in the Arts/Architecture and associated disciplines because of its provenance and gravitas.

Stephan Welz was instrumental in conceiving the new Javett Art Centre at the University of Pretoria, for which Mathews and Associates Architects were appointed as architects. This unique art gallery featuring an iconic bridge gallery connecting the University’s South and Hatfield Campuses, is currently under construction and will exhibit many artworks created by previous recipients of this medal that form part of the collections of the lead donor and the University.

Pieter Mathews received the accolade for the firms’ many award-winning buildings and the Cool Capital initiative, which brought art into the public realm and activated public space in Pretoria. Pieter Mathews’ passion for heritage in the built environment, prompted the Dutch Embassy to commission him to document the Dutch footsteps in Pretoria with an interactive website dutchfootsteps.co.za. His role as curator of the official South African Pavilion at the 2016 Venice Architecture Biennale is also acknowledged. The pavilion was featured in Wallpaper online and named one of the 12 best pavilions at the Biennale by the Venice Insider. The Cool Capital initiative received two BASA (Business and Arts South Africa) awards, one in 2015 and again in 2017. Architects that have been honoured by the SA Akademie with the Medal of Honour include Gerhard Moerdijk, Gordon McIntosh, Gawie Fagan, Willie Meyer, Jan van Wyk, Bannie Britz, Roelof Uytenbogaardt, Daan Kesting and Norman Eaton. Eaton was a founding member of the Pretoria Institute for Architecture of which Mathews is a former President.

Prizes are conferred and formally awarded at two ceremonies, one in Stellenbosch on 21 September 2018 and the other in Pretoria, which took place on 18 July 2018. Mathews received his medal in Pretoria, of which he is a proud citizen. 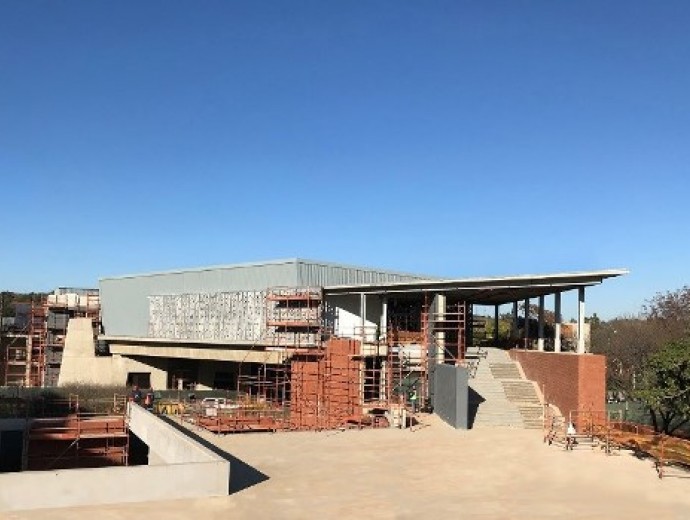