Cling film may have cancer risks

A study by researchers into the presence of potentially dangerous chemicals in eight brands of cling wrap, which is used to package food has revealed that one brand had a high concentration, which may result in adverse health effects and cancer risks.

The study was conducted by the University of Pretoria’s (UP) Environmental Chemical Pollution and Health Research Unit, and was led by UP Dean of Health Sciences, Prof Tiaan de Jager and Director of the Unit, Dr Natalie Aneck-Hahn. It had collaborators from Stellenbosch University and the Council for Scientific and Industrial Research. It selected eight of the most common cling film brands in South Africa, that are used domestically and commercially for food packaging. They investigated the presence, concentration and potential health risks of the EDCs, para-Nonylphenol (p-NP); Bisphenol A (BPA); Di (2-ethylhexyl) adipate (DEHA) and selected phthalates.

The study found that one of the cling film brands had a very high concentration of DEHA, which may result in adverse health effects and carcinogenic risks. Cancer risks resulting from exposure to DEHA equated to about five in 1000 people, which is 50 times higher than the acceptable cancer risk, said Prof de Jager.

Only two of the eight brands were below the detection limit for all target chemicals and also had the CANSA-smart choice seal on them.

High levels of DEHA and di-2-propyl heptyl phthalate (DEHP) were found in the commercial brands tested, posing signiﬁcant health risks (such as reproductive and developmental effects and liver toxicity), while exposure to the EDC DEHP results in carcinogenic risks that are regarded slightly higher than the acceptable level (1 in 100 000). These risks represent a worst-case scenario and are based on using cling ﬁlm daily over a 30-year period, said Prof de Jager.

He explained that exposure to EDCs during highly sensitive life stages such as foetal development and early childhood can result in the development of non-communicable diseases, problems with metabolism, as well as immune system dysfunction, problems with neurodevelopment, and reproductive function. ‘It is also possible that there can be an effect in children at an epigenetic level (heritable changes that affect gene expression and activity, but do not involve changes in the DNA sequence) in their adult years, as well as the potential carcinogenic effects to long term exposure,’ said Prof de Jager.

EDCs, which are mostly man-made, have significant effects on the environment, as well as on human and animal health.  They are found in pesticides; metals and electronics; pharmaceuticals and personal care products; as well as in additives in food and food packaging materials.

Cling film contains plasticizers, which are additives that increase the plasticity and flexibility of a material and decreases its viscosity and brittleness. Some plasticizers are EDCs and may be released from the material with time, use and under certain conditions.

Prof de Jager explained that EDCs can leach from the cling film used to package food. This leaching process, whereby chemicals are transferred from the plastic to the food is known as migration. ‘Migration depends on the chemical properties of the packaging and the type of food. Migration of EDCs into foods that are particularly high in fat, such as cheeses, fatty fish and meat are said to be more likely. Migration is also dependent on temperature, exposure to ultraviolet light and the duration that the product is stored.’

Previous studies on the migration of plasticizers (and therefore EDCs) into foods wrapped in PVC film showed substances do occur when packaged foods are defrosted or cooked in the microwave.  Food wrapped in cling film is a source of human exposure to EDCs. Since these studies, plasticizers which contain Phthalate esters DEHP and Dibutyl phthalate (DBP) have been prohibited or regulated in some countries because of their EDC effects.

While levels of BPA and p-NP were detected in cling film samples of this study, Prof de Jager stressed that the levels of these EDCs were lower when compared with a previous South African study in 1997. ‘This means that manufacturers of cling ﬁlm are using safer alternatives compared to the materials previously used,’ he said.

According to Prof de Jager, as the awareness of EDCs slowly rises among the general public, ‘we should all try take it upon ourselves to become more informed of the materials that contain EDCs and the potential health risks that they can have on us and the environment.’

‘A start would be to make small changes to our daily choices. Perhaps, for example, if we all try to reduce the amount of food packaging – both in what we buy and in our own homes, we will not only be trying to reduce our exposure to EDCs, but we will also be making a bonus effort of reducing the amount of plastic on the planet.’

He cautioned that when purchasing cling film, people should always check for the CANSA-smart choice seal. 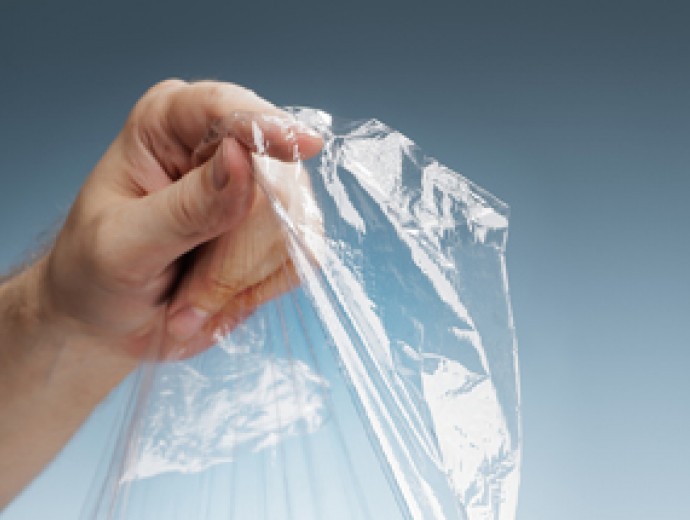