26 June is International Day Against Drug Abuse and Illicit Trafficking. The University of Pretoria looks at initiatives in Tshwane aimed at assisting substance users to turn their lives around.

There is a strong sense of achievement and positivity as you walk through the corridors of Sediba Hope Community Clinic in Bosman Street, Tshwane. Interactions with people who are participating in the Community Orientated Substance Use Programme (COSUP), makes one realise that most of them have not had many opportunities in life. Many have grown up under difficult circumstances, while some were on death’s door not so long ago. Now they are now hopeful and triumphant, and on track to a new life.

COSUP is an initiative between the University of Pretoria’s Department of Family Medicine, the City of Tshwane (which funds the programme), and the Gauteng departments of Health and Social Development. It aims to provide meaningful and effective community-based support for people who use, support or are affected by harmful substance use. It focuses on evidenced-based  approaches aimed at restoring functionality, improving health and reducing the social destruction of harmful substance use. Mpho was a hardened street kid who left home 10 years ago. Addicted to heroin, he parked cars by day to make enough money to get his daily fix to keep the dreaded heroin cravings and withdrawals at bay. At night, he would spike and pass out on the streets. ‘I was a hole and nothing to myself,’ he recalled. One day he came close to overdosing and had to go to hospital. The fear of the looming cravings was too overwhelming for Mpho, but thankfully COSUP was able to offer him an alternative in opioid substitution therapy (OST) and helped him get his life back on track. OSTs (like methadone or buprenorphine) are legal replacement therapies prescribed by doctors to opioid users. Opioid users do not get ‘high’ from these replacement drugs, which  help them avoid debilitating withdrawal symptoms.

COSUP believes that people who use heroin, like those with high blood pressure or diabetes, may need medication to help manage their medical condition. This saves lives, reduces risks and improves the lives of people and their community.

A year later, Mpho is still on his medication and is back at school. He has also enrolled on a life skills course offered through COSUP. ‘I feel happy now. I feel like I am myself again. I know who I am and I am a changed person.’ He is off the streets and off drugs, living with his family again. ‘I am just happy,” said Mpho, with a smile.

Many people on this programme are examples of what happens when people join hands and work together to help those in need. The peers support programme of COSUP is, in itself, a success story. Peers are people who were drug users who went through COSUP’s assessment and intervention and who are now healthy and working for the programme. They provide a strong network of care and support to participants in the programme. The fact that they have been through similar trials enables them to reach out to participants and encourage them to enrol in COSUP and improve their life.

Peers are familiar with the circumstances on the ground because they have been through them. themselves. For years Rethabile was addicted to nyaope, but today she is a peer employed by COSUP and is proud of the contributions she is making to women who are struggling with drug addiction. ‘I enjoy being a peer because I get to help others going through the same things I went through. I am in a better position to help them because I understand their circumstances,' she said.

Sister Kate van den Berg, who is part of the COSUP team at the Sediba Hope Community Clinic says, ‘if a programme does not have ''street cred'', no amount of campaigning is going to win addicts over. Part of COSUP’s street credibility is because of the peers.’

While this programme is bearing fruit, COSUP faces daily challenges. Constantly trying to break stigmas and decriminalise drug use, it up against competing services that cause more damage than good. However, people are gradually starting to see the value in community orientated primary care, which is why the sustainability of the programme is imperative.

Sister van den Berg also stressed the importance of getting people to realise the deeper health problems prevalent among the majority of harmful drug users. There is a dire need at the primary health care level to diagnose and treat mental health illnesses. Because there is little knowledge of mental health conditions on the streets of Tshwane, many people go undiagnosed. They self-medicate and take drugs to try cope with their problems. ‘South Africa needs to realise this and treatment for mental health conditions needs to become available at the primary health care level. Then we will see a lot less people using drugs,’ she said.

Furthermore, when people are not forced to live on the streets or sleep under bridges, and proper housing is provided for the poor, drug use will decrease.

Despite these challenges, the City of Tshwane is making progress because of COSUP whose staff are forward thinkers, showing leadership in drug treatment through harm reduction and community based care. Thanks to the programme, people are on their ARV and TB medication and are healthier. Many have gone back to school and others are undertaking courses like welding to equip them with skills that can enable them to contribute to society.

Participants in COSUP are finding purpose in life and families are being restored. Sister Linda Makala, who is based in Mamelodi, said ‘it’s amazing to see someone that you first found in a dumpsite who is now in the programme, they are working. They are positive and hopeful.’ 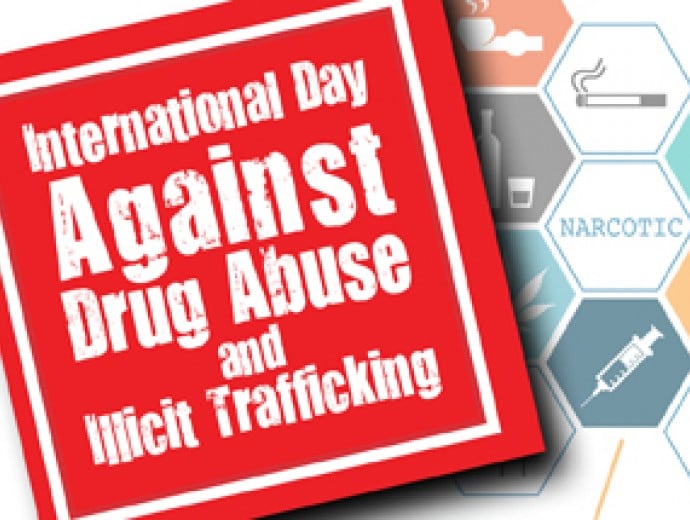