Artificial Intelligence: Myth or Reality for the Fourth Industrial Revolution?

Prof Nelishia Pillay, Head of the Department of Computer Science in the Faculty of Engineering, Built Environment and Information Technology at the University of Pretoria, delivered her inaugural lecture recently.  Below is an article based on her lecture, while she was recently appointed  co-chair of the new MultiChoice Chair of Machine Learning with Prof Pieter de Villiers from the Department of Electrical, Electronic and Computer  Engineering.

Since the term artificial intelligence (AI) was coined there have been various expectations of what it can achieve and how it can change society. Has AI met these expectations? Can it meet the challenges posed by the fourth industrial revolution?

In the fourth industrial revolution, AI (which can be described as machine intelligence) has made an impact in industry, education and society. Some of the first contributions include diagnostic, planning and design systems, e.g. the scheduling of jobs on machines. As the field matured AI has successfully been used in logistics for vehicle routing, (determining the most cost effective routes for delivery vehicles), airplane landing and financial forecasting. More recently it has made an impact in smart cities and mining in areas such as autonomous vehicles and energy consumption. For example, this resulted in a 40% reduction in energy consumption at Google server centres. Similarly, an Australian mining company, Rio Tinto was able to improve productivity by 10% with the use of driverless vehicles at its mines.

The role of AI in the broadcasting and media industry is continually growing with current contributions in network optimization, data analytics of customer viewership and content management. The Wimbledon 2017 highlights segment was created using AI techniques. IBM used AI software to compile the ultimate highlights package for viewers at home: its software picked up the crowd cheering, players’ facial expressions and point scoring to produce two-minute riveting highlights packages.

AI has also proven to be effective in various facets of computer security such as network intrusion detection and Malware detection. Interestingly, it has also contributed to the software industry by automating the process of software engineering which usually requires many person hours when done manually. The processes automated include software testing, software debugging, software optimization and determining system requirements.

One of the contributions that AI has made to education is the provision of individualised tuition by means of intelligent tutoring systems. An automated teaching assistant at Georgia Tech University can answer student queries with a 97% accuracy. AI has also played a role in automated assessment and data analytics to identify learning difficulties amongst students, e.g. based on students’ responses to exercises in an online system these techniques can be used to identify areas of difficulty experienced by them. It is anticipated that in the future we will see more widespread use of automated teaching assistants and intelligent tutors as well as the use of data analytics to understand learning difficulties, thereby improving throughput.

AI has had a positive impact on society. There have been major advancements in natural language processing resulting in applications like Siri. GPS navigation is used daily by millions of people. It has also challenged our masterminds in chess and Go. In 1997 Deep Blue, a chess player built on AI, beat chess champion Gary Kasparov. Twenty years later, in 2017, a machine learning chess player, AlphaGo, beat number one Go player in the world, Ke Jie, at the Future of Go Summit.

Specific to South Africa in addition to applications in manufacturing, law and agriculture, artificial intelligence has been used for crime prediction including power cable theft and to prevent rhino horn poaching. In these instances artificial intelligence techniques are used to predict when and where the crime will take place, based on previous statistics and prevent this from occurring.

There are over 20 artificial intelligence startups in South Africa, e.g. DataProphet, Aerobotics and MySmartFarm, that are supported by incubators such as Standard Bank. In general all these startups employ artificial intelligence techniques to find solutions to problems with the aim of improving productivity and economic growth. Aerobotics find solutions for the agriculture sector by employing drones to scan the farm and then applying artificial intelligence techniques to the collected data to find solutions to problems, e.g. prediction of farming risks. MySmartFarm is similar and is a decision support system for farmers that analyses data, e.g. soil moisture and weather patterns. These companies have chiefly contributed to the financial and agricultural sectors. It is anticipated that AI will contribute to an improvement in the annual economic growth rates in South Africa by 2035.

However, incorporation of artificial intelligence into industry and society is not without challenges. One of the main challenges is the resistance from society, due to job loss fears. However, this can be alleviated by creating an awareness of AI and its benefit in providing support to the workforce, enabling it to be more productive rather than replacing it.

A further challenge is what happens in cases when things go wrong and how can this be prevented. For example, a 16 month old boy was injured by a robot at Silicon Valley mall. On a more serious note, recently a pedestrian was killed by an autonomous Uber vehicle.

National governments need to set a code of ethics for the incorporation of artificial intelligence into industry and society.

While South Africa is not at the forefront and may not be making as big strides as better developed countries, it is making good progress, specifically within Africa. There needs to be collaboration between government, industry and universities to put business models in place. One such initiative is the Artificial Intelligence Expo Africa 2018, which will be in Cape Town in September this year. Universities need to look at whether what is already in place is sufficient to prepare graduates to have the necessary artificial intelligence skills to deal with the challenges facing industry. Such preparation can range from in-house online courses, short courses offered to industry, artificial intelligence modules included in curricula of degrees, to degrees with majors in artificial intelligence. 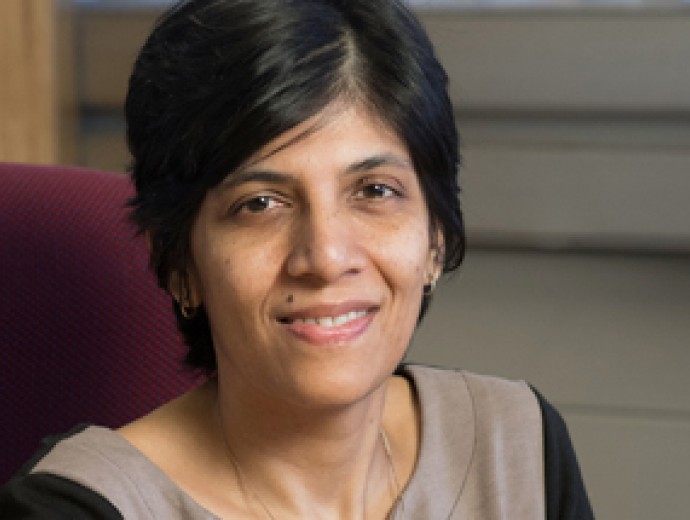