Op-Ed: What Women's Day means to me: Remembering Saartjie Baartman and the place of memory

As we celebrate Women's Day, let us engage in more than just reciting our affirmation of the equal citizenship and dignity of women in all their shades as adults, girl-children, straight, lesbian, disabled, black, white, brown and other shades of the human rainbow. Let us also engage in remembrance, summoning our past to draw lessons. Histories are an integral part of our present and futures. Remembrance offers us a powerful and creative cultural resource for investing with imaginary coherence our quest to create just, inclusive societies where women count, especially where unfulfilled promises or continuing injustices abide, as is evidenced by the continuing scourge of entrenched gender-based discrimination, including sexual violence and exploitation. To this end, as we honour Women's Day in South Africa, on the African continent and across the world, and as we affirm the rightness of women's equality, among other resources, we can draw on the memory of a Saartjie Baartman (also known as Sara or Sarah). The memory of the grotesque dehumanisation she suffered during her short life can serve to strengthen our resolve.

Saartjie Baartman, who was born around 1789 in present Eastern Cape, was a poor, unlettered woman of Khoisan descent. During the heyday of colonial power, she was lured out of the Cape Colony by three men, under the pretext that they were offering her a decent job in England. She believed she was going to earn money overseas and then return home, but this was not what her captors had in mind. Between 1810 and 1815 she was paraded in front of spectators in London and Paris, in a state of semi-undress and sometimes caged. Though euphemistically 'shown' to the public in nineteenth-century Europe as exotica, in reality she was exhibited as an 'ethnic pornographic object'. Following her death in 1815, the dehumanisation was taken to an even higher level. A French zoologist, Georges Cuvier, dissected her body. She was turned into anatomical artefacts, with her skeleton, brain and genitalia being put on display in the Paris Museum of Man. Saartjie Baartman's story reminds us that, for women, denial of equal citizenship is often experienced at multiple levels. A number of power dynamics were at play in her dehumanisation, one being race. It is possible to remember Saartjie Baartman's suffering by being cognisant of the abiding modalities of racial stereotyping. Here we see black embodiment represented not as human but simply as black flesh: a category of nature and pure biology.

Baartman's body is made into a spectacle to satisfy the need for a prototype figure for black racial degeneration: the opposite of white racial supremacy. Cuvier draws similarities between Saartjie Baartman and an ape to connect physiognomy with degenerate moral and intellectual capacities. It is from this nefarious archive of race and its violent nature that apartheid constructed its racial ideology.

Another way of understanding Saartjie Baartman's dehumanisation is in terms of gender, which is inextricably linked to yet another dynamic – the sexual. We see Saartjie Baartman's embodiment dehumanised in its multiplicities so that it simultaneously experiences racialised, gendered and sexualised abuse. She is not just black, but is also a woman who is treated as a sexual object by a white, European, patriarchal gaze. Her body is made the object of aggressive masculine fantasy, which is inscribed in both the economy of racial domination, gendered and sexualised patriarchal pleasure, and violent desire. We see not just a gaze directed at Baartman's dark body, but also an obsessive masculine gaze of a profusely eroticised and violent nature directed at her in ways that give licence to an impunity of unregulated voyeurism. Because she is black and because she is a woman, she therefore does not deserve protection. She is at the receiving end of cross-cutting determinations, which the feminist lexicon today calls 'intersectionality'.

In the end, Saartjie Baartman's body is dismembered. Firstly, she is dismembered metaphorically, as she is taken out of the human category, denied equal citizenship and ascribed a sub-human status. She is also literally dismembered in that parts of her body are put on public display. Her body is remade by white masculine power as part of a broader sublimated economy of imperialism that set its gaze of Africa as something to be conquered and penetrated.

Our task today is to build societies in which we take, as a starting point, the duty of remembering the Saartjie Baartmans among us so that we recognise their unqualified equality and dignity, to make whole again the humanity which has been broken. The memory of the palpable injustices of the past gives us a foundation for building our mission to repair injustices, but also a sense of urgency when we become sensitised regarding how long-standing the injustices are.

Charles Ngwena is a professor in the Centre for Human Rights at the University of Pretoria. He is the author of a forthcoming book: What is Africanness (to me)? Contesting nativism in race, culture and sexualities. 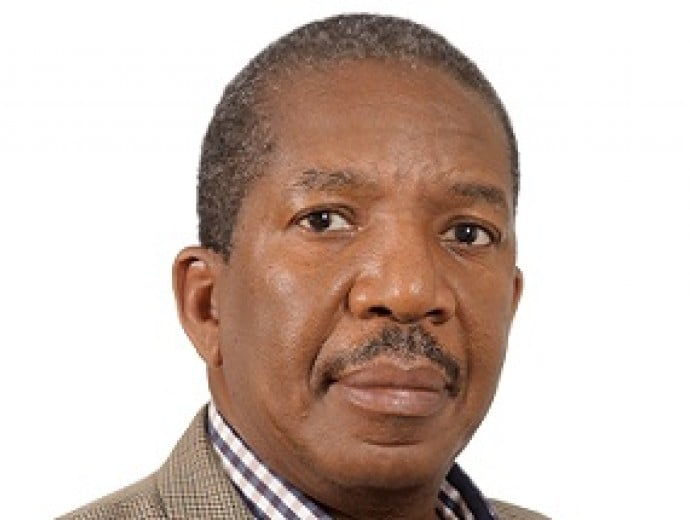