The prestigious Harry Oppenheimer Fellowship was presented to University of Pretoria (UP) and University of Cape Town (UCT) faculty member Professor Robert Millar on Friday, 2 June, for his work in neuroendocrinology. The Oppenheimer Fellowship is awarded to researchers and academics who show a strong track record of ground-breaking research and intellectual achievement. It is regarded as the top award for research on the African continent.

Prof Millar currently serves as the Director of the Centre for Reproductive Neuroendocrinology at UP and as Senior Research Fellow at UCT. He was elected President of the International Neuroendocrinology Federation (INF) in 2016. Prof Millar has been a faculty member at UP since 2011 and at UCT since 1972. From 1998 to 2011 he was Director of the UK Medical Research Council's Human Reproductive Sciences Unit at the University of Edinburgh.

Prof Millar has been published in over 400 publications, holds 18 patents and his research has been cited by other academics more than 20 000 times. He currently serves as the editor-in-chief of the prestigious international journal, Neuroendocrinology.

His most recent research focuses on the breakthrough discovery that function can be restored to inactivating mutations in human G-protein-coupled receptors (GPCRs), which are responsible for most cell communication. This discovery unlocks the possibility for precision, personalised pharmaceuticals with the potential to treat a variety of diseases including blindness, obesity, diabetes, and thyroid, muscle, kidney, reproductive and mental health conditions.

'It is rewarding to have the research on which you have worked so hard recognised by such a prestigious organisation,' said Prof Millar. 'I owe much of the success of my research to many colleagues and students that have contributed over the years. The award will greatly enhance our research in this area.'

A select committee evaluates the applicants for the award in December of each year. The Secretary General of the Academy of Science of South Africa chairs the selection proceedings.

The remittance ceremony took place at the Oppenheimers' residence in Brenthurst, in Johannesburg. The award (a gold medal and a monetary prize) was bestowed by Bridget Oppenheimer. 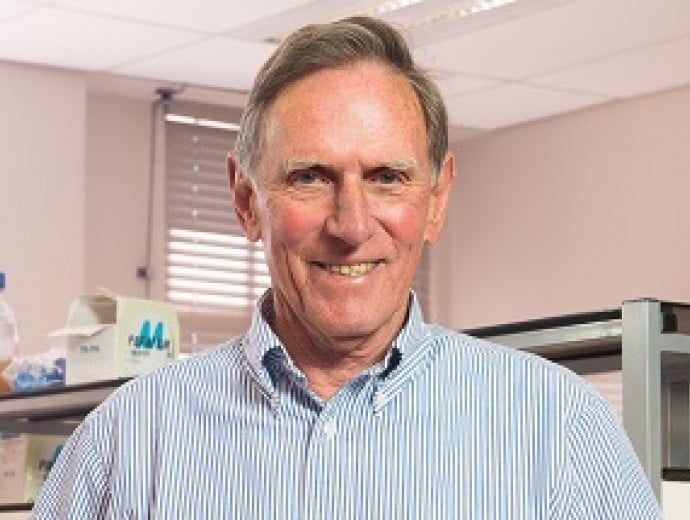