Op-Ed: What is colonialism (to us)? Western Cape Premier reveals a truth

Whatever her intentions, the recent public utterance posted on Twitter by Western Cape Premier, Helen Zille, reminding the nation of the enormous debt owed to colonialism, has generated public debate. In not so many words, in a nation still healing from a racially bruised past, Zille has been asking black Africans to be complicit in their own historical oppression and show gratitude to a system that was scrupulously built on white supremacy. This sounds incredulous, but perhaps not so once we understand where Zille is coming from – her situated reasoning and vantage point. The utterance shows all too clearly that the terms on which the world is understood, even by persons holding high public office, including in post-apartheid South Africa, are more than porous to self-serving 'regimes of truth'. Every truth has its history, but which is Zille's?

Zille's truth is an adapted truth that is indexed to a particular horizon and lifeworld for interpreting colonialism.  The Premier's claim about the benefits of the legacy of colonialism – an independent judiciary, transport infrastructure, piped water and so on – is a truth, but only within a particular racially patterned system of thought and, ultimately, a particular position which is more at home with an aristocracy of colour than a non-racial South Africa. To agree with Zille we must first occupy a racial home, complete with its hierarchies of racial power and privilege, so that we can be summoned by embedded knowledge and histories whose source and origin is a colonial and imperialistic past: a past which is not quite past as Zille's tweet attests.

To say Zille's utterance is racially loaded would be an understatement. It is a public celebration of white supremacy. The utterance is better understood as an unequivocal recitation of a proposition straight out of the European doctrine of discovery. This doctrine was used to facilitate colonialism, and most importantly to legitimise the domination and appropriation of geographical space by colonists, so that colonialism could be understood as a just trade-off. To accept the tenets of the doctrine of discovery, we must first fall back on embedded knowledge that can be found in the staple of colonially patterned and racially suffused systems of thought, including colonial versions of African histories. The doctrine of discovery expects meekness and humility of black Africans: they should count themselves fortunate precisely because Africa, their Negro motherland, was terra nullius – a vast, empty expanse enveloped in darkness and luckily discovered by white European explorers in the 15th century. Well after the colonial moment and certainly after the adoption of a democratic constitution to deliver all the peoples of South Africa from a wicked political system, it is hard to believe that we could find a leader of a provincial government embracing and repackaging an insidious doctrine to give it new life.

Another adapted truth – and this is the hardest one to swallow – is that the colonialism that Zille is seeking to absolve requires black Africans to not think of the founding of the colonial state and its successor, the apartheid state, as the product discrepant power, but rather as the discharge of a divine civilizational mission by European colonists and their progeny – carrying the White Man's Burden, in other words. Needless to say, discharging this mission necessitated, from time to time, the use of violence and even genocide as a sacrifice when the resistance of 'natives' stood in the way of progress. Thus, black Africans are expected to accept that their ancestors were a justly enslave-able people lacking in human agency and that their lands were justly expropriated. They must treat the system of creating a racial hierarchy, which was instituted by colonialism, as an unavoidable technology for bringing light and the material benefits of civilization to benighted peoples.

It is true that many politicians revel in courting controversy as part of appealing to their constituency and supporters. But whatever benefit Zille has derived from her tweet, her utterance, which she continues to steadfastly stand by, is highly polarising. It is needless indulgence in white supremacy, but at the expense of nation building, especially for a holder of high public office. We have known Zille as a serious politician committed to contributing towards the reconstruction of a South Africa where the ideology of racial supremacy no longer finds a comfortable place, especially in the hearts and minds of its populace – let alone those of high public office holders. Following her public confessional we are entitled to ask whether she has been duplicitous all along. To assuage our doubts, we could perhaps pose two main questions to the Premier and test them against the pain, anguish and loss experienced by those at the receiving end of racial oppression.

The first question is in remembrance of those who lost their lives in the cause of liberating South Africa from racial oppression. By a cruel irony, Zille's utterance more or less coincided with commemorating Human Rights Day. We ask: Premier Zille, what does the Sharpeville Massacre mean to you? Do you perhaps understand the massacre as a sacrifice to render black Africans governable for their own wellbeing?

Second, we ask: Premier Zille, are you aspiring to become our Donald Trump? Are you perhaps pining to position yourself to the right of politics to create comfortable turf for descending into future bigotry and demagoguery? Are you not concerned about the shame that this shift in your politics guarantees? Are you not aware, or perhaps have you forgotten, that Africa is now a radically different place from what it was when it was colonised?

Let me end with brotherly love and advice to Premier Zille: My sister, in this part of the world, if you find trumpeting white supremacy redemptive, you are destined for ignominy in its fullest sense. You will be given the lowest place in our memory not just in your lifetime, but also in your afterlife. You need not look further than the place now occupied by the ruthless plunderer and fortune hunter – dear old Cecil John Rhodes – in our (but presumably not your own) historical memory. But it's never too late to be contrite as you need not keep company with Rhodes. We can assure you that it possible to overcome the insidious doctrine of white supremacy. You need not be conditioned by race and imprisoned by racial 'truths'. By the way, there is only one human race. In case you were not aware, it is colonialism and imperialism that invented race to serve the ends of conquest and domination. Apartheid's contribution was in sharpening the venom of colonialism with unparalleled intensity.

Sister Helen, come back to us. We miss the old Helen. Let us sit together at the table of African brotherhood and sisterhood and break bread. Above all, let us join hands in the noble task of building a non-racial South Africa.

Charles Ngwena is a professor in the Centre for Human Rights, University of Pretoria and Head of the Unit on Race and Common Citizenship.

He is the author of a forthcoming book: What is Africanness (to me)? Contesting nativism in race, culture and sexualities. 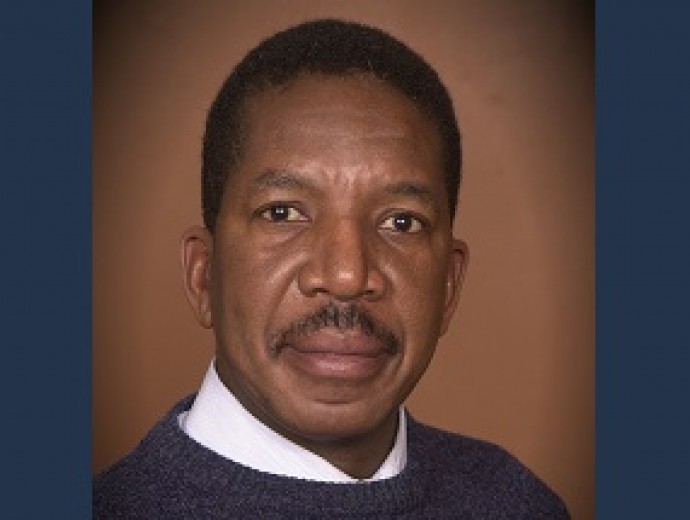