An image of wildlife veterinarians saving a rhino from poachers in South Africa's Kruger National Park won first prize in a photographic competition organised by the International Programs Office at the College of Veterinary Medicine, Kansas State University.

The theme of the contest was 'Veterinarians around the world'.

Joel Alves, a veterinary student in the University of Pretoria's Faculty of Veterinary Science at Onderstepoort, won $1 000 with his black-and-white photo entitled 'Conservation in motion', which captures the important role wildlife veterinarians play in protecting rhinos. According to the World Wildlife Fund, the number of rhinos poached in South Africa has increased by nine thousand per cent since 2007.

The photos of the two runners-up, both of which received $500, have an educational theme. The winners were selected from 240 photos submitted by students from 35 countries across the Americas, Europe, Asia and Africa depicting animal health, One Health, wildlife conservation, food safety and food security.

'Afternoon recess' was taken by Jamie Neufeld, a veterinary student at Western College of Veterinary Medicine in Saskatoon, Saskatchewan, Canada. Her photo shows schoolchildren in Uganda captivated by interns from Veterinarians without Borders taking a blood sample from a goat that just happened to wander onto the students' soccer field. Peter Kimeli, a postgraduate student at the University of Nairobi in Kenya, took the photo 'Taking charge of our future: a vision for veterinary professionals', which features his young daughter helping him examine a calf.

Entries were judged by a multidisciplinary panel on the criteria of eligibility, originality, style, context and quality. The top 12 photographs will be published in a calendar with an acknowledgement to each photographer.

'We are delighted with the number of entries and by the quality of the photos', said Keith Hamilton, executive director of the College of Veterinary Medicine's International Programs Office. 'As we had hoped, the images highlight the diverse work of veterinarians in different countries.'

Entries were open to students pursuing an undergraduate or a postgraduate degree in veterinary science at any institution in the world.

View the photos at vet.k-state.edu/international/events/photo-comp.html. 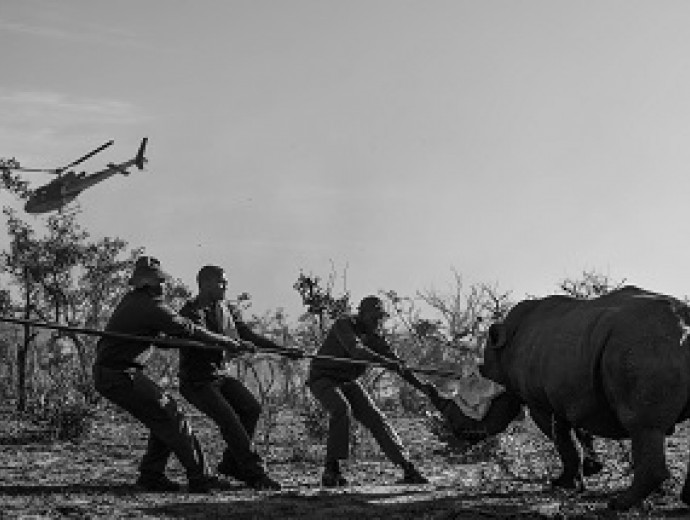