Prof Brenda Wingfield, one of the University of Pretoria's A-rated scientists was recently awarded the highly prestigious Harry Oppenheimer Memorial Fellowship Award to the value of R1,5 million, made by the Oppenheimer Memorial Trust (OMT). In receiving this, award she was joined by Prof Xolela Mangcu, political commentator and leading academic at the University of Cape Town.

In announcing the 2016 winners of the award, Mr Nicky Oppenheimer, former Chairman of the De Beers Diamond Company, said that it was unusual, but not unprecedented to make this very prestigious award to not only one, but two leading academics. He said that this award had not been given to anyone for the past few years. However, this year two candidates had so impressed the Trustees of the OMT that they decided to award both these academics.

The two awards were announced by OMT Trustee, Mr Bobby Godsell, former CEO of the De Beers Diamond Company and they were presented by Mr Nicky Oppenheimer. The awards ceremony, held in the Brenthurst Library of the Brenthurst Estate (home of the Oppenheimer family), was attended by colleagues, family and friends of the awardees. Many distinguished guests, including former South African president Kgalema Motlanthe also attended the ceremony. The R1,5 million will be used to pursue the awardees' chosen research goals during the coming year. Prof Wingfield will extend her studies of reproduction in fungi, and specifically will provide her students with an opportunity to participate in an international project on this topic.

Prof Wingfield enjoys national and international recognition for her work in Plant Pathology. She has received numerous significant awards for research, including the South African Department of Science and Technology's Distinguished Women in Science Award in 2008, the African Union Regional Award for Women in Science in 2009 and the National Science and Technology Forum of South Africa's Award for Mentorship and Human Capacity Development in 2014. She was the first female researcher to receive the Christiaan Hendrik Persoon medal from the Southern African Society for Plant Pathology (SASPP) in 2015. In 2015 Prof Wingfield was awarded the SARCHI chair in Fungal Genomics. She is also a programme leader at the Centre for Tree Health Biotechnology (one of South Africa's first seven centres of excellence identified by the Department of Science and Technology and the National Research Foundation). During the first five years of its existence, Prof Wingfield played a leading role in the centre's development.

Click here for a link to Prof Wingfield's research articles in the UP repository. 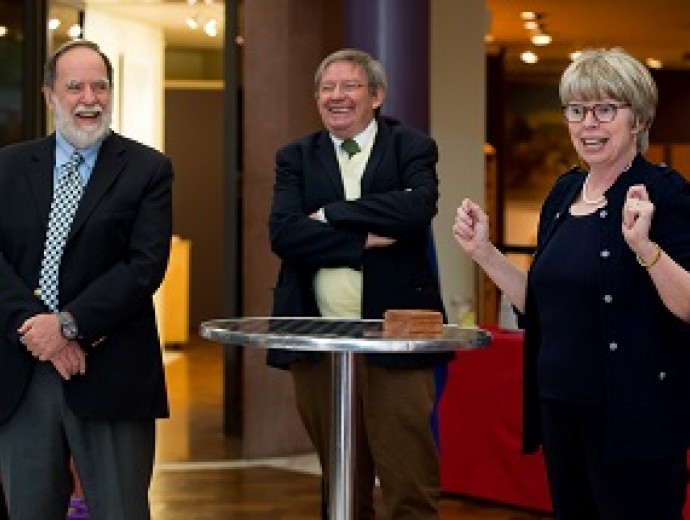