Professor Peter Best, an extraordinary professor and former head of the University’s Whale Unit at the Mammal Research Institute, passed away on 22 April 2015.

Prof Best, who was described as the world’s foremost authority on the whales and dolphins of the Southern African region, was born in London in 1939 and completed his schooling at Bradfield College in Berkshire, England, in 1957. Before enrolling at university, he spent two summers at the Antarctic whaling factory Balaena as a chemist’s assistant and a winter at the Saldanha whaling station near Cape Town, where he collected biological specimens and in particular obtained detailed information on the little-known Bryde’s whale. After obtaining a BA Honours degree from Cambridge University in 1962, he worked as a whale research officer with the Fisheries Development Corporation of South Africa in Cape Town until 1969. In 1971 he was awarded a PhD by Cambridge University for his thesis titled ‘Studies of South African Cetacea with special reference to the sperm whale (Physeter catodon)’. This was one of the earliest degrees awarded by this university for fieldwork done elsewhere (Jane Goodall’s degree received for research on chimpanzees was another). Between 1969 and 1984 he was employed consecutively as a Professional, Senior and finally Chief Professional Officer at the Sea Fisheries Research Institute in Cape Town, where he oversaw marine mammal research. In 1985 he joined the staff of the Mammal Research Institute of the University of Pretoria, first as an Antarctic/Senior Research Officer between 1985 and 2004, and thereafter as an extraordinary professor.

Prof Best was a leading figure in marine mammal research, not only locally, but in the world. His international colleagues regarded him as among the best, if not the best, cetacean field biologist in the world. His field experience was extensive and included specimen examination at whaling stations in South Africa and at sea in the Antarctic; whale marking off the South African coast and in the Indian Ocean; participation in sighting surveys of large whales in the Antarctic and the Western Indian Ocean; and at-sea and aerial surveys of fur seals off the South African west coast and Namibia. However, he is probably best known for his extensive aerial surveys of southern right whales off the South African coast, where he undertook fixed-wing surveys between 1969 and 1987, and photographic surveys by helicopter between 1979 and 2004. He continued to oversee this programme until 2014. This research programme, which has now been running for 36 years and has tracked the remarkable recovery of this population, has resulted in one of the longest time-series of large-whale research information in the world. His interests in right whale biology extended to photogrammetry and genetic and satellite tracking studies. Through student supervision, Prof Best initiated shore-based surveys of migrating humpback whales off both the east and west coasts of South Africa, an intensive photo-identification project on Heaviside's dolphins between 1999 and 2001, and more recently a study on southern right whale feeding off the South African west coast.

During his tenure with the Mammal Research Institute, Prof Best supervised six PhD and five MSc students. He was a respected and valued member of a number of research committees and fora, among others the Scientific Committee of the International Whaling Commission between 1971 and 1982, after which he was an invited participant (acting as vice chairman in 1982 and 1983); the International Union for Conservation of Nature (IUCN) / Species Survival Commission (SSC) Group of Specialists on Whales between 1971 and 1975; the IUCN/SSC Group of Specialists on Seals between 1983 and 1986; and the IUCN/SSC Group of Specialists on Cetaceans from 1985 onwards. He was a charter member and later an honorary member of the Society of Marine Mammalogy, an associate editor of Marine Mammal Science between 1985 and 1995, and a member of the Society for Marine Mammalogy’s Committee of Scientific Advisors from 2003 onwards. He published more than 160 papers in peer-reviewed journals. Peter’s seminal Whales and Dolphins of the Southern African Subregion was published by Cambridge University Press in 2007, which was the year in which he was the Conference Chair at the 17th Biennial Conference on the Biology of Marine Mammals, held in Cape Town.

Among the numerous awards he received were the Cape Times Centenary Medal (1993), the gold medal of the Zoological Society of Southern Africa (1998), the Gilchrist Memorial Medal (2005) and the University of Pretoria’s Commemorative Research Medal (2008). In 2004 he was elected a Fellow of the Royal Society of South Africa.

Peter Best married Margaret Ann Ralph (Maggi) in June 1974 and is survived by her and their children Robert and Alison. 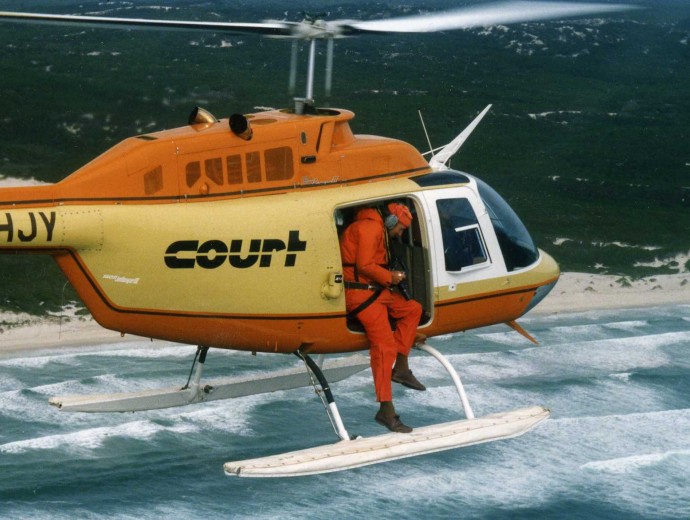