Vikas Swarup at UP

The film version of Q&A, Slumdog Millionaire, directed by Danny Boyle, has taken the world by storm and has won more than 70 awards, including four Golden Globes, two BAFTA awards and eight Oscars.  The book’s translation rights have been sold in 40 languages, it was short-listed for the Best First Book for the Commonwealth Writer’s Prize and won South Africa’s Exclusive Books Boeke Prize in 2006. 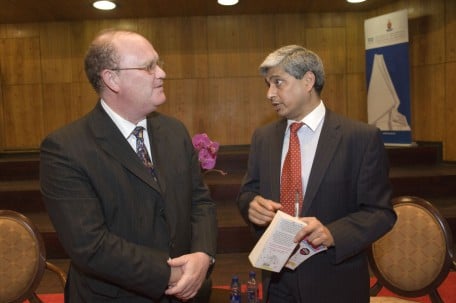 Vikas Swarup signing books after the public lecture organized by the University of Pretoria.

Vikas Swarup at UP